Dilemmas of a gluten-free convert

I used to roll my eyes at that diet. Now, I\'m a true believer. Can I stay healthy without becoming intolerable? 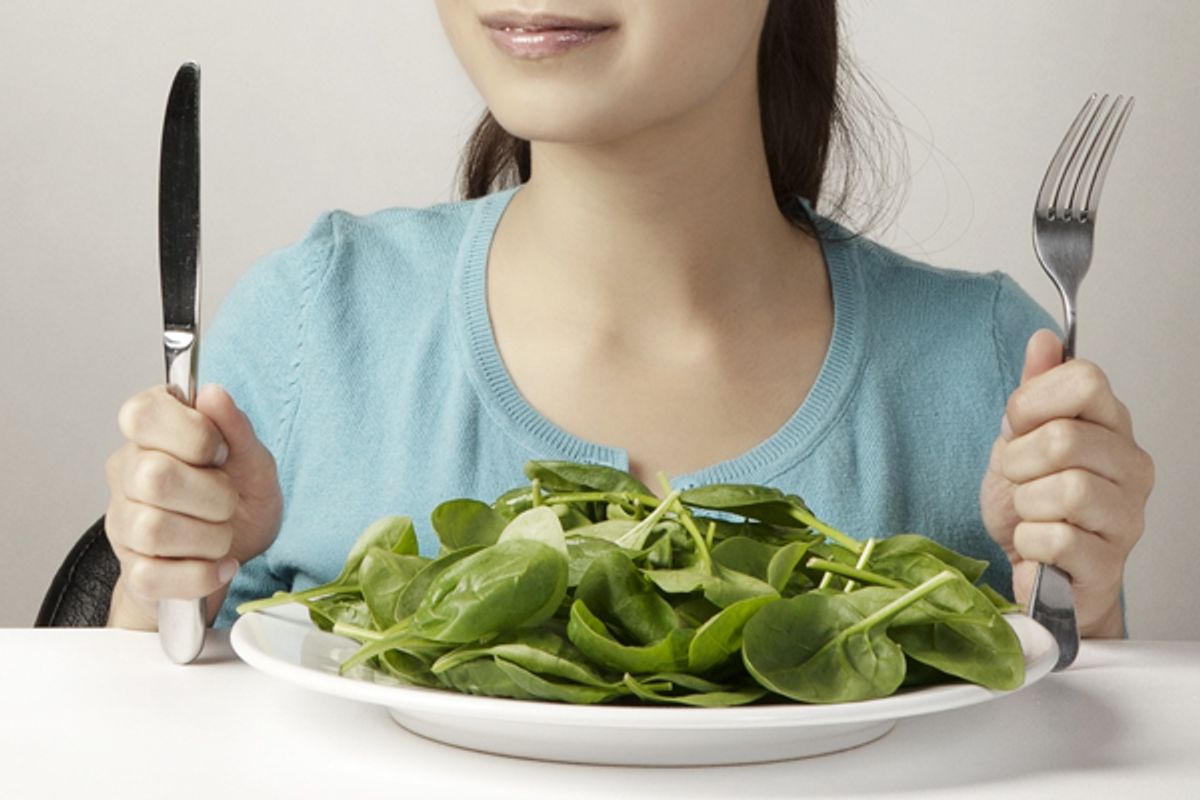 “It’s hard,” my doctor warned. As she palpated my throat and peered into my ears, we talked through why doing it would be good for me, despite the challenges. I had no dire disease. I ate colorful balanced meals. I exercised 45 minutes every day. But life had always presented low-grade symptoms: fatigue, medium vitality, puffy face, lethargy after eating and a suspicion that gluten wasn’t doing this particular body good. Staring down the tunnel at my mid-30s encouraged me to figure it out. Without cash for a fancy food intolerance blood test, I had one option: the anti-inflammation diet.

It required a six-week commitment to cutting out dairy, potatoes, gluten, wheat, rye, barley, all sugars, soy, corn, caffeine and anything refined. Then when your body is cleared, you reintroduce each food one at a time and take note of your reaction. Sort of like a science experiment.

“No anything,” I added. Yikes.

Little did I know that “doing without” would be the least complicated part for me. Anyone can stop eating a certain food. But separating yourself from the masses via food choice leads to social ramifications — an outcome I should have anticipated, since I too had rolled my eyes at the recent gluten-free fad. All across America, Gen Y women, and some of their hip elders, were attaching the label to themselves as if it were a sparkly tiara. Having grown up abroad consuming unmentionables like pâté and contaminated drinking water, I did not want to associate with a righteous crew cringing at wheat products. But lean, healthy food did matter to me, enough to have devoted my young adulthood to laboring on organic farms and apple orchards.

“Let’s do it,” I blurted out to my doctor. She handed me the Do’s & Don’ts sheet and I dashed home, excited.

“What can you eat?” asked my husband.

He wanted to try it with me.

After three days, he backslid, salivating, to his coffee, milk, cheese and bread. I stuck it out because I had to.

First, the brain fog lifted. Instead of plodding, I pranced from task to task. Moods evaporated. PMS gone. Cramps? Poof. I woke ready for the amazing day ahead, and if that involved being on hold for 52 minutes with my credit card company, then so be it. Life was grand. Some might have even called me perky. People would search my eyes and say, “What’s changed? Something’s changed.” I would fill them in on what felt like my own private revolution: I’ve been drugged my whole life. Did I temper my response? No. The newly indoctrinated are always high on their discoveries.

But my discovery was not yet complete. With a few weeks to go before testing, the culprit had not been tagged. I still wanted to poke my head into every home and say, “Do y’all know about this?”

Never, no matter what, preach.

Aware of my potential to saturate people with this exuberance, I tried to play it cool when my in-laws arrived for a visit. No one they knew would ever “do” such a diet. It must have looked ridiculous to them. I explained it minimally. But soon my special bowls of quinoa started to make me uncomfortable.

One night, my mother-in-law announced that she’d like to make a deer roast. Perfect: vegetables, whole grains, wild game.

“Now that I can eat!” I announced.

Dancing around the kitchen, I chopped carrots as relief washed over me, so pleased that I would finally be able to join the family, participate in my mother-in-law’s cooking and not linger as the outsider. She seemed relieved, too.

But when I spun around to a vision of her dusting white flour over the meat, my heart sank. I was kaput. She probably assumed that a little flour didn’t count. It wasn’t a hunk of bread after all. How could I explain — without sounding like an ingrate — that even a little bit of flour would destroy the experiment I had been so carefully developing for over a month?

Nervous and tongue tied, I waited until the last and worst moment.

“Molly, would you like some?” she asked, holding a thin slice of meat over my plate.

Let’s just say that I stumbled. I tried to make a joke. Like a fool, I apologized.

Everyone tried to change the subject.

How do you stay a decent member of society while abandoning the foods that most people eat every day? No one instructs you on this process. And charting that awkward terrain was only just beginning for me. After introducing each food individually, the culprit appeared. My gluten sensitivity manifested quickly: sleepy, bloated, irritable, headache. Dairy also turned my stomach. I had officially morphed into that chick with the hoity-toity food intolerances. Now what? No one opts out of the ancient act of communal eating. Food lubricates conversation. If you eat this and I eat this, then we are friends.

My siblings croaked over the phone, “Do you eat anything?”

At first, I avoided dinner parties. Then I brought my own food to them.

One afternoon, as a friend hounded down a barbeque sandwich and I sipped on water, he made this comment about a mutual friend: “She isn’t picky at all. She eats anything. I love when a person is open like that.”

Whether he meant it as a sly attack or not, the message was clear. That gung ho woman was not me. She probably flitted around carefree. I, however, was “picky.” And who wants to be that? The word even sounded bad — constrained, hair tight in a bun, so damn un-fun. Though I did not have celiac disease or a deathly peanut allergy, I had become the Queen of Intolerance herself, proud of her pantry of grains and refrigerator bursting with raw vegetables.

Here’s the thing: Food gets personal, cultural and economic. People bare teeth to defend why they eat what they eat. Even I had started to. It’s deep-in-the-gut primal. So, after his comment, I began to steer toward the middle road. When a friend’s toddler baked a cookie just for me, I ate it. My whiskey glass, despite the rye, raised itself during a celebration. At the home of a sourdough bread baker, wheat melted in my mouth.

Sometimes, we have to weave between honoring community and self.

All of which cemented my approach.

Now, six months later, I’ve figured out my how. At home, I cook up food that energizes me — which means no gluten or dairy. I no longer apologize for that choice. I am picky about what nourishes me because being deflated doesn’t serve me, or anyone around me. But it is not my dogma. Though I’m willing to be insane and buy gluten-free oats for $3/lb., I refuse to lose grace with my friends or hosts. I don’t flag the term gluten-free around. At a dinner party, I scan the scene, stick to wine and dodge appetizers. But when we sit down to great grandpa’s lasagna recipe, I ask for a small slice and partake. Isn’t sharing food one of the ultimate nourishments for the soul? Worst case: I end up bloated, excessively tired and cranky for a few days. That’s OK. That I can tolerate.

Molly May has written for Orion Magazine, The Portland Press Herald, feministing.com and on her blog placestory.org, where she explores her zeal for place, a term she defines broadly. At work on a memoir about placelessness, she runs writing workshops and freelance edits from her yurt in Montana.

MORE FROM Molly May