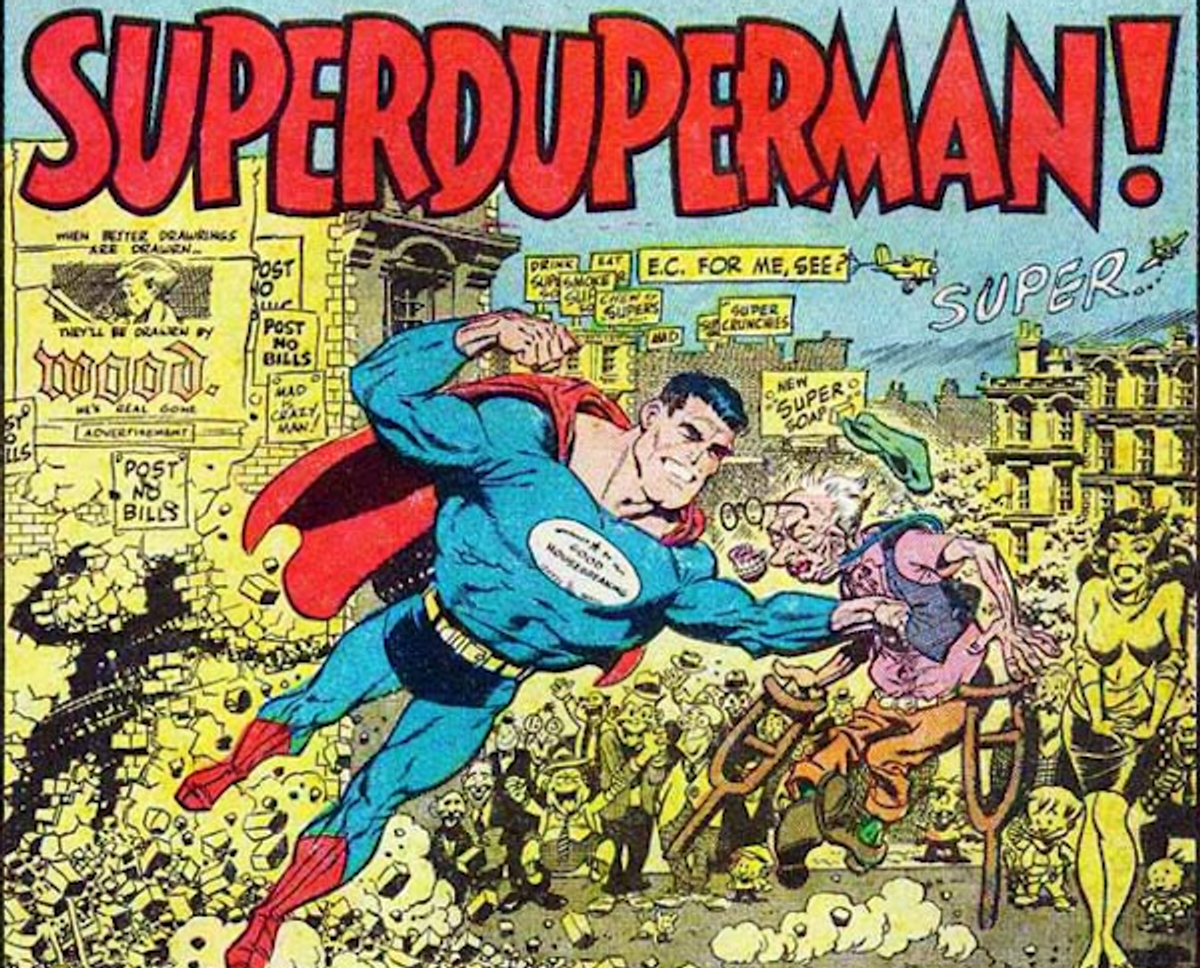 Wally Wood is most acclaimed for his comical comic books, mainly his acclaimed work for Mad back in its original, pre-magazine, 1950s incarnation. But his personal life was a drama verging on tragedy and culminating with his suicide in 1981. Only now, three decades later, is his story heading toward a happy ending, with a burst of renewed interest in his work. Among the most spectacular products are two oversize coffee table books: IDW's "Wally Wood's EC Stories: Artist's Edition," just released and already sold out of its first print run, and "Came the Dawn and Other Stories by Wally Wood," from Fantagraphics, scheduled for summer.

In other Wood news, just a few days ago author J. David Spurlock was appointed director of the Wallace Wood Estate. David began his career as an artist-writer but has become better known as an agent and creator rights advocate. He's also the founder and publisher of Vanguard Productions, which prints books on art and the careers of artists.

I took this opportunity to congratulate David and to chat about the man he calls "a pop culture icon."

J. David Spurlock: When I was very young, right when I first started reading comics, was when Woody left Mad and went to re-create "Daredevil" for Marvel. I like to say he put the "devil" into "Daredevil," as the early, Bill Everett version was more like a circus daredevil in black and yellow tights. Wood revamped DD in a high-tech equipped, ominous, devilish dark red outfit, somewhat like we saw in the movie with Ben Affleck so many years later.

I caught Wood's "Daredevil," and his heyday at Tower with "T.H.U.N.D.E.R. Agents," and him in the Mad paperback collections all about the same time, there in 1965–'67. On rare occasion he'd also pop up in one of the black and white Warren horror magazines.

What do you admire about Wood's art?

In nearly all of his work – no matter how overworked he was – even when he did risque material, there was always a charm, and he imbued the work with a purity of love for the medium.

And he was a master of every genre. That is one of the things that make him unique. Whether horror for EC, humor for Mad or Plop, war comics for DC or Gold Key, science fiction magazine illustrations, his Wizard King trilogy of fantasy graphic novels, superheroes for Marvel, cheesecake, romance, or westerns, whatever genre one picks, Wood's contribution is among the finest ever.

I really can't pick a favorite genre but I will mention one of my favorite stories, "To Kill A God" from Vampirella magazine. It's an historical horror-fantasy starring Cleopatra and Mark Antony!

So what are your new duties as Wood's estate director?

Pretty much everything. We're leading a Wood revival. Through Vanguard, there's recently been his "Strange Worlds of Science Fiction" collection, a new edition of his "Lunar Tunes" graphic novel, and even an upcoming Character Collection book.

But my connection to Vanguard in no way means that everything will go through Vanguard. DC and EC and Marvel continue to generate new editions of Wood works. We're in discussions with Graphitti Designs about T-shirts, with Fantagraphics about a Witzend collection, and with foreign publishers about translated editions. And I had a chat with an important Hollywood contact just yesterday. We'd like to be more active in the statues and toys markets, too.

In 2005, Wally's brother Glenn and I founded a Wood Scholarship Fund at Wally's alma mater, The School of Visual Arts in New York. We're very happy with that and urge people to honor Wally by donating to that fund.

What else can Wood fans look forward to?

I have a lot of hopes and dreams. We'd be interested in new comics with Wood characters, apps, and video games. I think my grandest hopes for expanding Wood's legacy would be something with Hollywood. Cannon and Sally Forth movies would be fun. And even a Wally Wood museum; wouldn't that be great?