A blog uses the Google maps function to scope out cute guys. Is it fun, art -- or a creepy invasion of privacy? 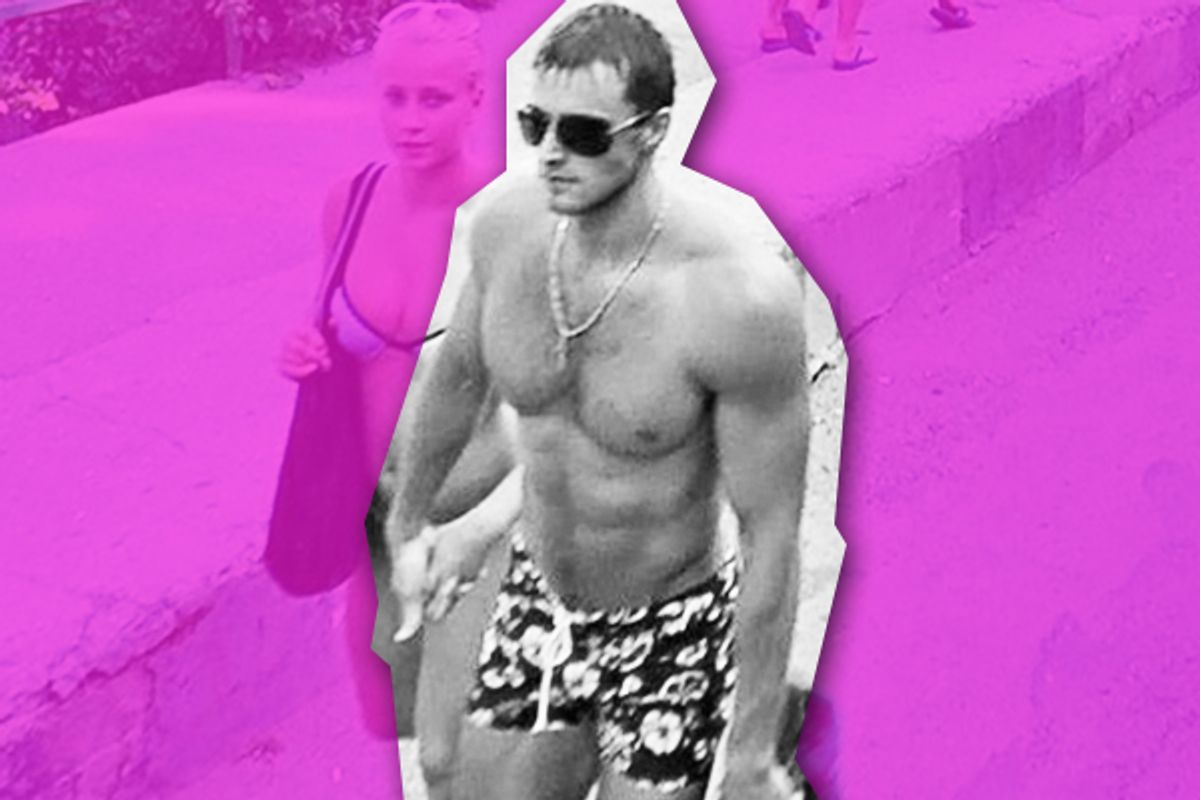 Most people use Google Street View for practical purposes, whether to look at the façade of a building and discover how an old neighborhood has changed or to check out the looks of an one not yet visited. But a new blog has found a novel use for the Google application: checking out guys. For the last five months, Dudes From Views has been collecting images of men culled from Google Street View, with some concise commentary: "Smooth Ukranian"; "Triceps and biceps on Christopher Street."

But beyond just being a novel, tongue-in-cheek use of technology, "Dudes From Views" raises interesting questions about the subtle ground between what one might call voyeurism -- secretly taking pictures of attractive, half-naked people and posting them in a public space -- and public information. To get more insight into this Big Brother-meets-peepshow hybrid, Salon corresponded with the blog's creator, Brad, over email, about his method, issues of privacy and the Google gaze. Click above for a slide show of images from the site.

How did you come up with the idea for Dudes From Views?

I live in NYC and use Google Maps and Street View a lot in general. I've seen sites like 9-Eyes that find serious photography from Street View and have wanted to do my own spin. One time I went to Google's site promoting Street View at famous landmarks around the world and saw they had photos from beaches, so I thought finding guys in Street View (and other similar sites) would be a fun and novel take on blogs that just post pictures of hot guys.

How do you find your photos? It seems awfully labor intensive -- I'm legitimately curious.

I think of public places where people are likely to be without their shirts, like beaches, gyms entrances, running trails, and then I find those places in cities that have Street View (or similar services). Sometimes it's frustrating because the photos will be taken early in the morning when there's few people around, or during colder seasons when people are more bundled up. That strategy works better for Google if they're trying to get pictures of buildings, but not for me. And sometimes it can take a while to find a picture I can use (people need to be pretty close to the camera).

The site raises some interesting questions about privacy -- there have been controversies about Google Earth taking pictures of naked people, like recently the woman in Florida.

It's an interesting problem. My feelings are that Google only drives their cars through public places and they're capturing what everyone else out in public can already see. Their cars are clearly marked and have a giant camera on top, and I often see people waving at them. If you're doing something embarrassing, you're already exposing yourself to whoever can see you if you don't do it behind closed doors. Google just needs to make sure they have an easy way for people to notify them, and for them to react quickly, when someone has an issue with the photos. Other sites, like Daum in Korea, sometimes blur out entire bodies, but then Yandex in Russia doesn't blur anything out at all.

As far as my site goes, I'm using photos that these sites have already allowed, and I wouldn't want to post anything embarrassing.

In modern photography criticism, it's become almost common wisdom to associate power and violence with the photographer (and camera's) position. Do you think this idea translates when thinking about the cameras of Google Earth and Street View?

I'm not sure. There is a sense of "Big Brother" with what Google's doing, especially with the scale that they're doing it in, but that applies to all their products in general. The Street View photos are fairly automated, and Google's limited in the places their cars can travel (either physically or by jurisdictions in the cities or countries they want to map). Other than that, I don't think the power lies with Google's cameras at all, just the few people like me who are crazy enough to try to curate them in the arduous way that we can.

What would your reaction be to someone making the equivalent about women -- something like Chicks From Views? Have you seen the groupings of Street View pictures of alleged prostitutes?

There's definitely a double-standard. I honestly don't think a Chicks From Views would last very long. It's a lot more acceptable amongst gay men to (discreetly) ogle at other men, even if they have a boyfriend, than it is for a man to stare at women. And it brings up a lot of issues with misogyny, objectification, etc. Prostitution is an even more sensitive subject, and I wouldn't want to post pictures of that (or people doing anything else illegal) even if it were pictures of men. The point of my site is to do the equivalent of elbowing your friend to look at the hot guy that just walked by.