The strange evolution of medical art

A new book traces these illustrations, both squeamish and divine, through the ages 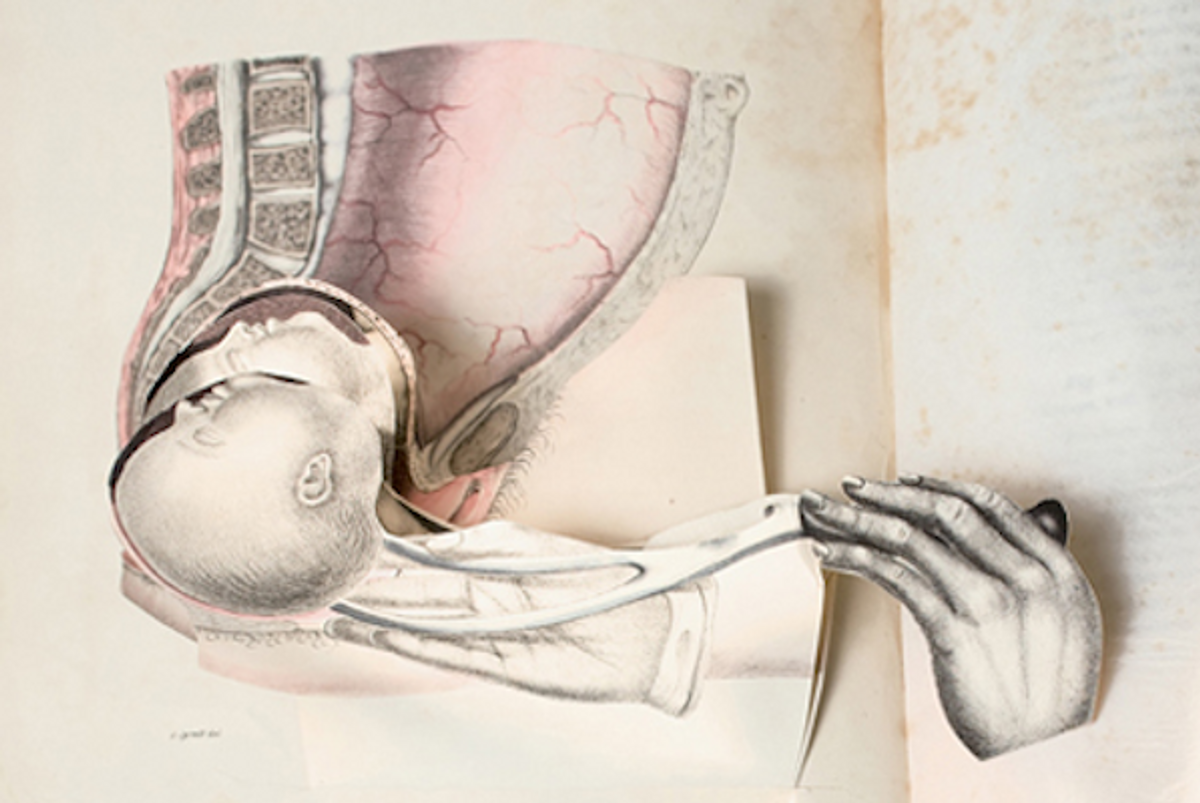 The National Library of Medicine, founded 175 years ago, is the world’s largest medical library―home to a rich heritage of objects from rare medical books to disturbing 19th-century surgical illustrations to delightful mid-20th-century animated cartoons. It contains more than 17 million items dating from the 11th century to the present.

"Hidden Treasure," edited by Michael Sappol, designed by Laura Lindgren and photographed by Arne Svenson, is a distilled selection of incredible items largely unseen by the public and obscure even to librarians, curators and historians. Some are quite hard to view if you're squeamish.

"The individual objects―rare, extravagant, idiosyncratic, and sometimes surprising―brought to light in this book glow with beauty, grotesquery, wit and/or calamitous tragedy. Among the objects featured are a series never before reproduced of hauntingly delicate paintings and illustrations of 'monstra' collected in the early decades of the nineteenth century “from the museum of Dr. Klinkenberg” in the Netherlands; charming hand-painted glass 'magic lantern slides,' which doctors projected in slideshows to entertain and help cure inmates at St. Elizabeths Hospital for the Insane; the mimeographed report of the Japanese medical team first to enter Hiroshima after the atomic blast; surreal views of mechanically sliced cadavers in the photographic anatomical atlas of fin-de-siècle France’s notorious surgeon-provocateur Eugène-Louis Doyen; and a staggering variety of objects from around the world and through seven different centuries."

Each artifact included in the book is explained through a brief essay by a scholar, artist, collector, journalist or physician (including me, though I only play a physician on TV).

"Delivered from the obscurity of the library’s massive archive, these marvels speak to us, charm us, repulse us, amaze us, inform us, and intrigue us―and present a tantalizing glimpse of some of the precious and remarkable objects to be found within one of the world’s great hidden treasures."