Yes, the GOP would turn back the clock. But Democrats, despite a push for female voters, have imperfect records too 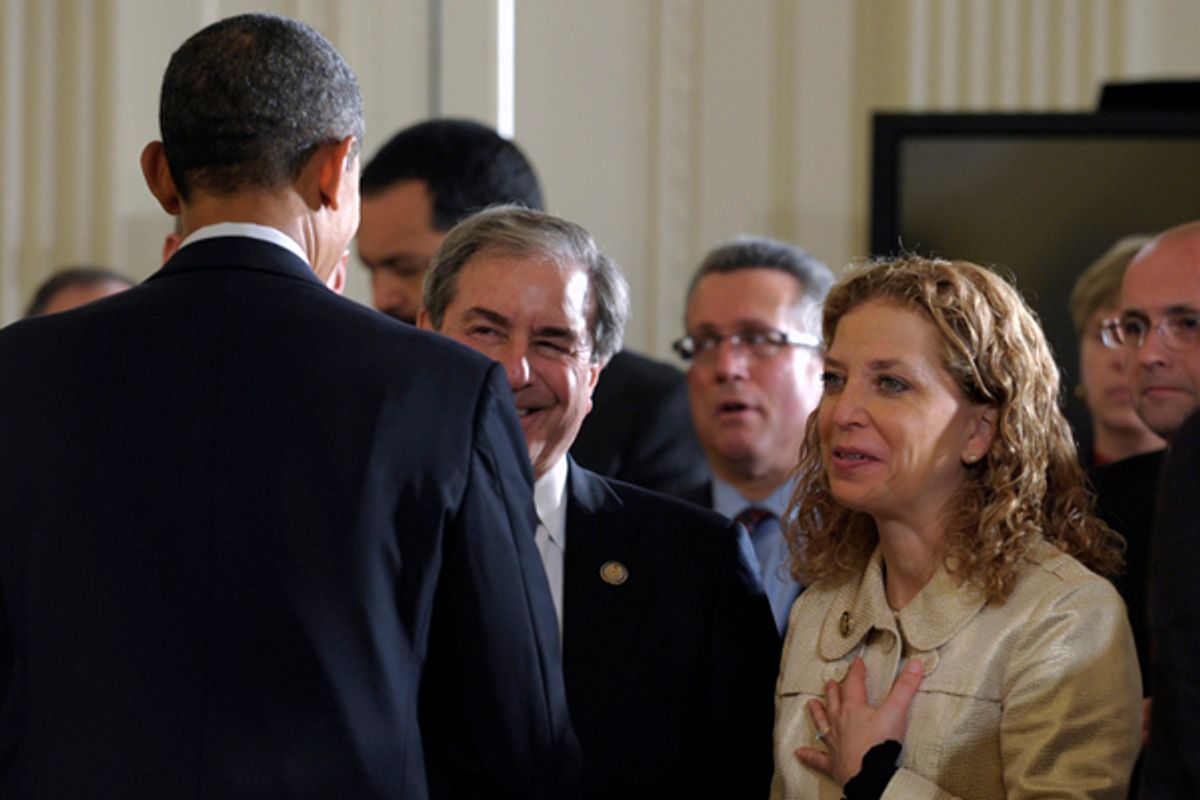 Women are so hot this season. Republicans have only belatedly realized what they've done to alienate us, what with all the “it’s not your healthcare, it’s religious liberty” and the only tepid distancing from slut-shaming. Meanwhile, Democrats are intensifying their pitch to women: This morning, Debbie Wasserman Schultz announced a new Democratic National Committee “institute” for women to engage female voters.

It's worth celebrating any time people remember that women’s votes are worth wooing, especially if it comes with a handful of teachable moments about, say, how birth control works, why it matters, and why you might not want to ritually humiliate women, whether they’re testifying before Congress or about to get an abortion. But if Democrats are going to trumpet how great they are for women, it’s worth remembering that the party might be the infinitely lesser of two evils on reproductive rights, but it hasn’t always put women first.

“Women can’t let Mitt Romney, Rick Santorum or any other Republican take away our rights and focus on issues that distract from putting more money in women’s pockets to provide for their families,” Wasserman Schultz said in a conference call this morning with bloggers and reporters. She added, “Romney’s race to the right may be winning him Tea Party votes, but he’s losing support from women by alienating them with his policies.”

Meanwhile, new polling commissioned by EMILY’s List and Planned Parenthood backs up the notion that an amendment (now dead) proposed by Sen. Roy Blunt, R-Mo., that would have allowed employers to refuse any insurance coverage on the basis of “conscience” was politically poisonous: “53 percent of Independents and 40 percent of Republican voters will be less likely to vote for a candidate who has supported the Blunt amendment.”

As it happens, in what was mostly a party-line vote, three Democrats – Bob Casey, Ben Nelson and Joe Manchin, two of them up for reelection – effectively voted on behalf of the Blunt amendment, the same one Wasserman Schultz called “dangerous” today. When I asked her to account for that, and whether advocates for women’s health could expect Democrats’ advocacy to outlast an election year, Wasserman Schultz said, “Three is infinitesimally small compared to the overwhelming majority of the Democratic Party. We’re a big-tent party. We have a lot of variety in our opinions.” And she cited the other key prongs of the Obama case to women: the appointments of Sonia Sotomayor and Elena Kagan; the Lilly Ledbetter Fair Pay Act, and the Affordable Care Act – not just the contraceptive coverage mandate that has dominated headlines, but also “the fact that having ovaries will no longer be considered a pre-existing condition,” as Wasserman Schultz put it.

Not mentioned: The Obama administration’s shameful capitulation on making emergency contraception more available to all women, and the debacle in Congress over that same Affordable Care Act’s abortion-coverage provisions, driven by antiabortion Democrats. (“Stupak,” after the anti-choice Democratic congressman who gave his name to that amendment, is currently a popular term in the Urban Dictionary synonymous with “throwing women under the bus." Bart Stupak left Congress and is now a lobbyist.)  As Frances Kissling pointed out in this space, making room in that “big tent” for stridently anti-choice Democrats was a matter of strategy to get to a majority at all costs. Given that the Republican-controlled House is still busily debating abortion restrictions, held back only by a Democratic Senate and presidency, that’s no small matter. But if women end up handing Obama a second term, it’s worth asking for more in return.