The GOP race moves to Kansas, where religious conservatives have remade the Republican Party in their image 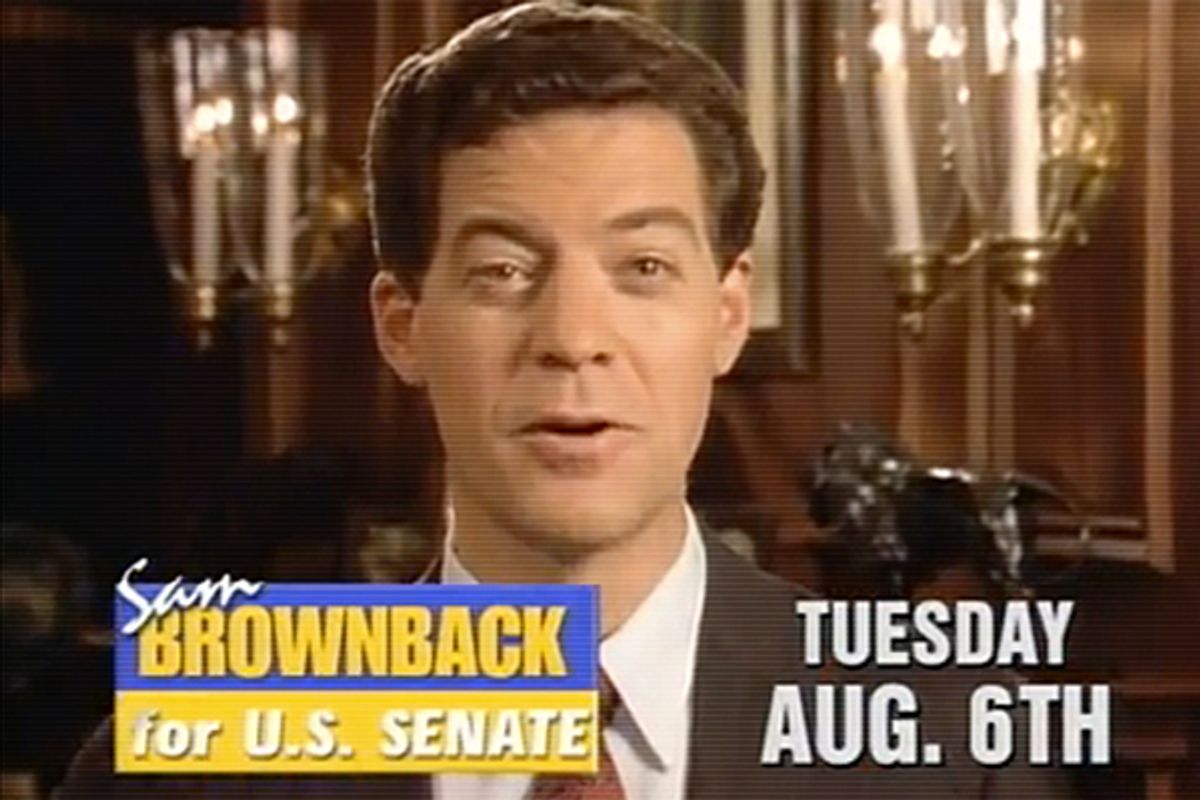 Sheila Frahm’s tenure as a member of the United States Senate is one of the shortest on record: just five months, from June to November of 1996. But that was plenty of time for one of her fellow Republicans to make a strong impression on her.

“I served with Santorum,” Frahm said in an interview with Salon this week. “And for a lot of people who ask, that’s all I have to say. They can see the look on my face.”

She doesn’t mean that in a complimentary way, in case you’re wondering. This week has produced a reunion of sorts for Frahm and her former colleague, who has been campaigning in her home state, Kansas, which will hold its presidential caucuses on Saturday.

No reputable outlet has polled the state, but to date Santorum has fared very well in the Midwest – particularly in caucus states, where the activist conservative base of the GOP holds disproportionate sway. So the smart money says he’ll win on Saturday and that Mitt Romney, who’s stayed away from the state and instead focused his energy on the South this week, will endure another round of headlines about his epic struggle to win over conservatives.

“I would be surprised if that were not the case,” says Frahm, who hasn’t formally endorsed Romney but says she’ll caucus for him.

Frahm knows something about the resistance Romney faces from the right. In some ways, her state has been ground zero for the takeover of the GOP by Christian-infused movement conservatism and the extinction of middle-of-the-road Republicanism.

Her own story is a key pivot-point in that evolution. Frahm was serving as lieutenant governor in 1996 when Bob Dole, who had fallen far behind Bill Clinton in the polls, sought to energize his campaign by resigning from the Senate and making an all-or-nothing bet on the November election. The state’s governor, a pro-choice moderate named Bill Graves, tapped Frahm, a fellow moderate and political up-and-comer, to replace him. In the Senate, Frahm joined fellow Kansas Nancy Landon Kassebaum, another pro-choice moderate.

Together, Frahm, Kassebaum, Graves and even Dole (the consummate Washington dealmaker who teamed up with George McGovern to save the food stamp program) embodied the state’s long tradition of practical, pragmatic Republican leadership. But the political mobilization of evangelical Christians that had begun in the late 1970s was rapidly changing the make-up of the GOP, filling the party’s grassroots ranks with voters who were hostile to government, staunchly anti-tax, and deeply interested in cultural issues like abortion, homosexuality and school prayer.

In Kansas, the Christian right’s forces had been steadily building strength in local elections, fighting the GOP’s pragmatists and pushing the party to the right. To them, Frahm’s appointment amounted to a crime against conservatism, and they determined to fight her in a primary. There was never any doubt who would lead them: Sam Brownback, an ambitious and outspoken evangelical congressman who’d been elected in the Republican revolution of 1994. Brownback announced his candidacy immediately, and an August showdown between the state GOP’s two dominant camps was set.

In the initial polls, Frahm led, but this was the race that Brownback and his crowd had been waiting for. Day after day, he blasted her as a symbol of the compromising, deal-making and general ideological heresy that had fueled the Christian right’s revolt against Frahm’s wing of the party. It was a battle, Brownback’s campaign manager said, of "idea-based Republicans vs. status-based Republicans – people who were Republicans because their daddies were. Rockefeller Republicans."

Frahm portrayed her opponent as a reckless ideologue, and enormous polling gap emerged between Christian conservatives and non-Christian conservatives. It was a numbers game Brownback couldn’t lose, and the primary wasn’t even close. He went on to win the November election with ease, and Frahm returned to her home state, where she now runs the Kansas Association of Community College Trustees.

In the 16 years since that race, Frahm said, the plight of her wing of the GOP in Kansas has only grown worse. Graves left office 2002, Kassebaum retired after the ’96 election, and Dole, now 88 and living in Washington, has been out of politics since his ’96 defeat. Meanwhile, the Brownback wing has cemented its control of the party throughout the state, save for a few seats in the state Senate – which, Frahm noted, are being targeted in primaries this year. Brownback himself, after ill-fated run for president in 2008, is now the governor, an office he won with ease two years ago.

“It makes it really challenging for moderate Republicans, fiscally conservative Republicans, to know where their home is,” Frahm said.

She expects Santorum, who was instrumental in Brownback’s 2002 conversion to Roman Catholicism, to win the caucuses, and suggested that the governor is being helpful to his old friend, even if he hasn’t formally endorsed anyone since Rick Perry dropped out.

“Some people are being, if not told, strongly encouraged in how they should vote,” said Frahm.

She said she sees parallels between the right’s resistance to Romney to her own experience in 1996, but tried to be optimistic about the future of moderate Republicanism in Kansas, saying: “I’ve seen the pendulum swing before and I want to hang around until it swings back to the middle.”

What would it take for that to happen?

“I don’t think I have a good answer for that. I’m just sitting here frowning.”