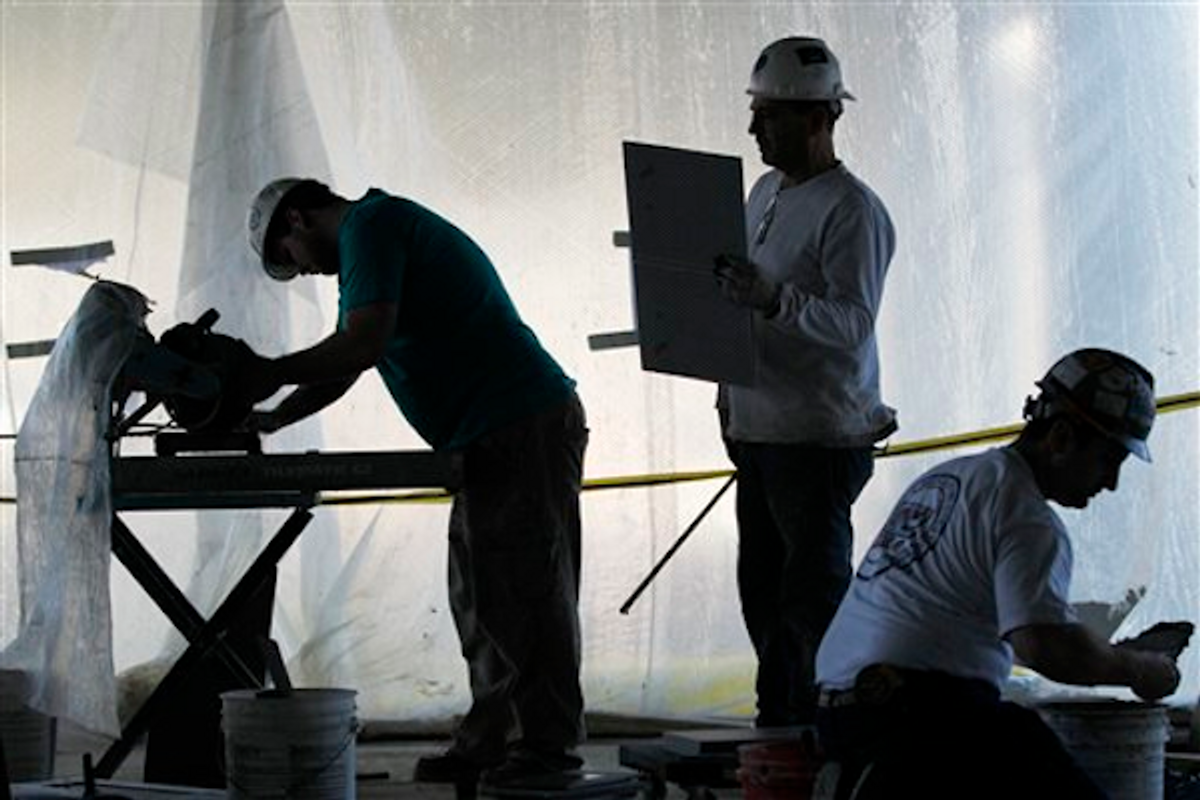 Employers’ payrolls grew by 227,000 last month and the unemployment rate held at 8.3 percent.  That’s a decline on the jobs number from January’s revised-up value of 284,000 but it’s a growth rate consistent with a slowly and consistently improving job market. The key word there is “consistent.”

We’re not adding jobs at breakneck speed, for sure, and we’re still repairing the damage done by the Great Recession to the living standards of millions. But this month’s report makes another addition to a solid and improving trend in what has been the most important missing piece in the economic recovery so far: conditions in the job market.

It’s always important in these jobs reports to average out the noise inherent in monthly data. Doing so over the past three months, you get payrolls adding 245,000 per month, a significant acceleration over the comparable value a year ago of 150,000 per month, and a pace of growth that, if it persists, should help drive the unemployment rate lower and provide working Americans with a more welcoming labor market.

One of the things I’m paying attention to is the dispersion of job growth across industries, an indicator of how widespread and thus how sustainable is the jobs market recovery.  Most industries added jobs last month – manufacturing was up 31,000 – and while state and local job losses remain a problem, governments have been losing fewer jobs over the past few months (down 6,000 last month and only 1,000 in January). Construction, however, remains a weak spot, shedding 13,000 jobs in February.

The share of the population in the labor force (working or looking for work) ticked up a bit to 63.9 percent.  This statistic doesn’t usually get much attention, yet it’s central to the jobs story right now.  Before the recession, it stood at about 66 percent, but it’s fallen steadily since the recession. But why does it matter?

Well, if less of the working-age population is looking for work – and thus not counted among the unemployed – it’s actually easier to bring the unemployment rate down. That is, it takes fewer jobs to nudge the rate down because a smaller share of the population is in the labor market competition. Some analysts believe that if job growth picks up more people will come in off the sidelines and join the labor force, putting upward pressure on the jobless rate. I suspect that’s true, but it hasn’t happened yet.

So has the GDP expansion that began in mid-2009 finally reached the job market? Have we achieved liftoff, escaped velocity; is a self-sustaining virtuous cycle underway?

Unfortunately, those are questions that are tough to reliably answer in real time. I will assert that while existing threats – Europe, oil/gas, fading stimulus – could all knock some growth out of the economy in coming months, they’re unlikely to do more than that. The economic bicycle has enough momentum not to keel over, even if it hits a bump. But it’s still plodding more than speeding and it will still take many months – years even – to make up lost ground.