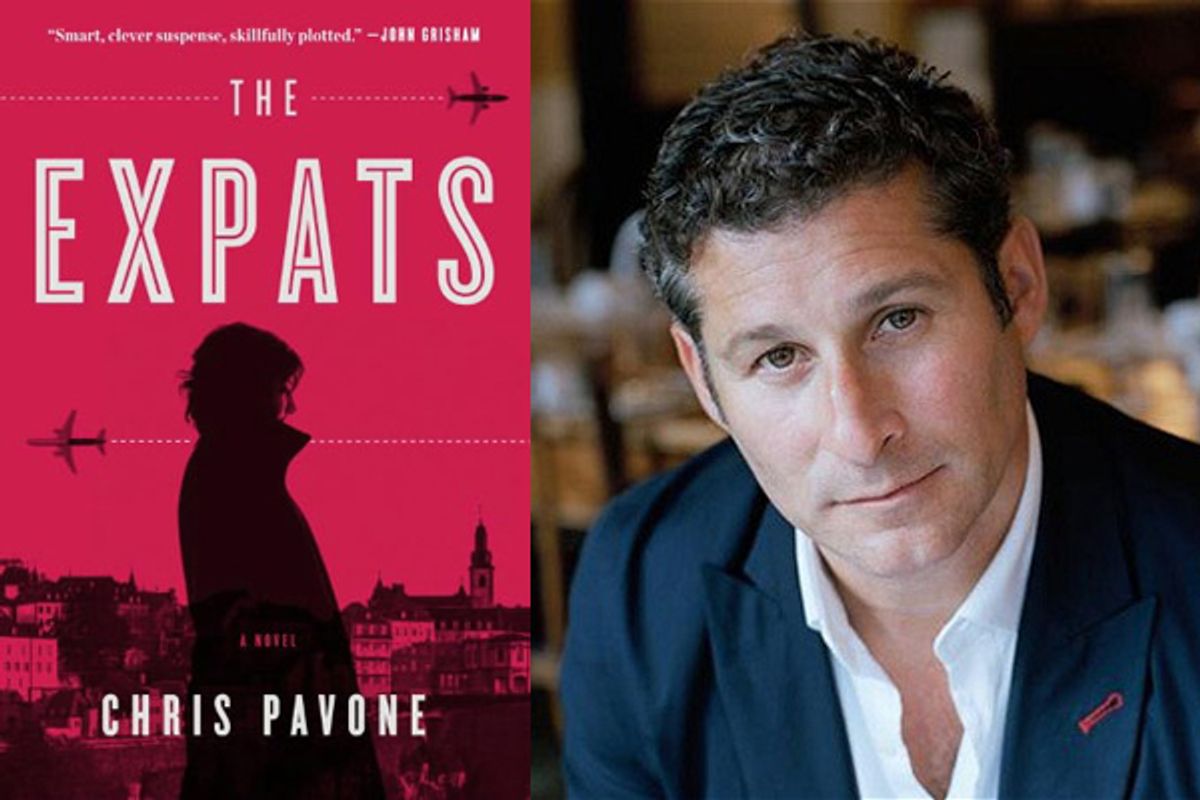 It has recently come to my attention that some people suspect that my wife is, in addition to being a senior executive at the largest book publisher in the world, also a spy. This misapprehension is almost entirely my fault. To set the record straight:

In my new novel, "The Expats," a married couple with young sons move to Luxembourg — just as my wife and I did a few years ago (for a job of hers at an American-based technology company) — and it turns out that the wife had been a spy for the entirety of her adult life, and never told her husband.

This fictional family tours around to places like London and Copenhagen and Bavaria, and they go to Paris a lot, and skiing in the French Alps; we did all that too. They live in a duplex with a fireplace in the medieval center of Luxembourg, as we did; their children go to the British-run international school, as did ours. They buy a secondhand Audi in the downtrodden industrial city of Esch-sur-Alzette, but it takes them a frustratingly long time to figure out how to find the car they want, because the word for “station wagon” in French is, bizarrely, "break" (?), a word they choose to ignore when they come across it in the classifieds, because it doesn’t make any sense whatsoever, meanwhile wondering why for the love of God there are no used station wagons for sale in the entire country.

You get the picture: There’s a lot of circumstantial overlap between the fiction and the reality.

Yes, now that I reread certain passages, I have to concede that some of the dialogue seems to be lifted more or less verbatim from real-life conversations in my household.  And, OK, I can’t deny that my nonfictional wife and my fictional heroine share some personality traits: They’re both smarter than their husbands, for example.

Here’s the part that’s not my fault: The book’s jacket is dominated by a silhouette of a woman who — there’s really no way around this — looks a great deal like my wife. My publisher designed the jacket, so this bit is entirely their fault. (I’m pretty sure they did it on purpose, as some weird type of Valerie Plame-like leak, possibly as retaliation for my wife’s habit of wandering around their building, barking orders at people. I lightly objected, something along the lines of “Doesn’t this look too much like my wife?” My editor stared at me as if to say, What are you, an idiot? Of course it looks like her.)

Actually, I’ve got to admit that there are certain, shall we say, holes in the narrative of my wife’s youth that I’ve chosen to not examine closely. Her internship in the U.S. Senate. Her year-long trip around the world with the boyfriend who, apparently, didn’t return to the States, and ended up, if I’m not mistaken, in Morocco. Her summer job in Venice. Her nonspecifically “European” godmother married to the British Lord with the houses in London and St. Tropez. Her months spent supposedly waitressing in Paris. What type of recent Harvard graduate in art history (supposedly) takes a job waitressing in Paris? At a vegetarian restaurant, for crying out loud? Vegetarians? In Paris? I don’t think so.

When it comes right down to it, I frankly don’t understand the point of all these “business” trips. To places like Munich, Berlin, Frankfurt, Mallorca (Mallorca?), and, now that I think of it, Istanbul. What sort of business could an American book-publishing executive have in Istanbul? Absolutely none, that’s what.

OK, now that it’s all enumerated in detail like this, I can’t deny that it’s looking pretty bad. So maybe I’m not absolutely, definitely certain that my wife is not a spy.