On the waterfront, the battle rages on

That dock would make a great park. The water view is perfect for a new loft. Will gentrification kill shipping? 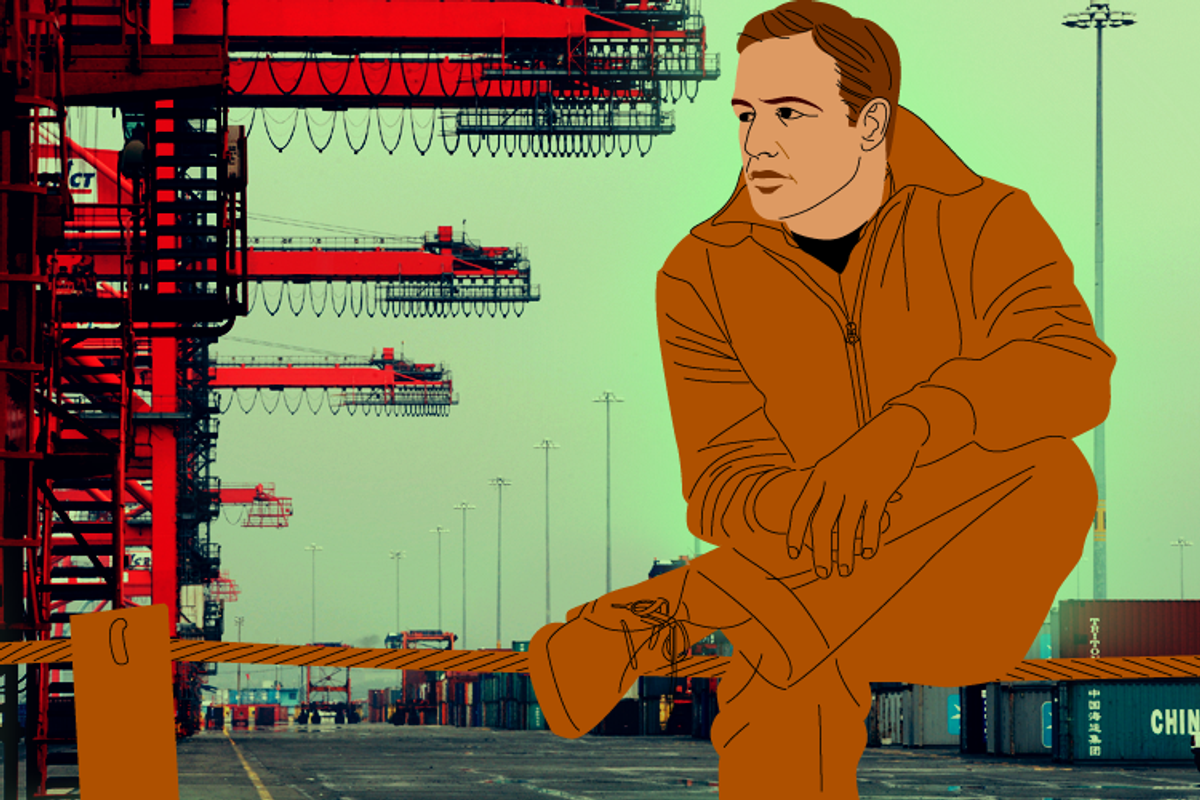 In October, when an Australian metal-recycling company purchased two deep-water berths in Providence, R.I., Mayor Angel Taveras hailed it as "a major accomplishment in the city's efforts to revitalize its waterfront industries."

Five months later, locals are unhappy about the "eyesore" their new neighbor has created: a 50,000-ton hill of steel. "Where did the scrap metal pile come from?" asked a Providence TV station.

It's the epilogue to a battle that's been raging in Providence for several years -- on one side, a developer who wanted to turn the shoreline into apartments, offices and hotels. On the other, the maritime industries that have been working there since the turn of last century. In the end, industry won, but the complaints that followed -- who put this big, ugly heap of metal on our lovely industrial port? -- say something about our attitude toward working waterfronts.

"I think the average person likes the idea of a working waterfront," says Jordan Royer of the Pacific Merchant Shipping Association in Seattle, a shipping industry trade association. We picture barnacled vessels from foreign ports, distant foghorns, a bad-ass Marlon Brando strolling cobblestone streets -- not 20-story gantry cranes and deafening machinery running 'round the clock. "Our tank barges have to test their alarm systems every time they go out," says Robert Hughes, vice president of Hughes Bros. marine company in New Jersey, "and they go out according to the tides and the currents."

Such clutter and clamor makes for an awkward fit in today's high-design cities, where "reclaiming" waterfronts for parks and dining, and "reconnecting" neighborhoods with their harbors, is seen as a way to lure high-earning residents. "The idea of promoting more traditional forms of waterfront use doesn't necessarily fit with the image that many cities are trying to portray," says Brian Doucet, a lecturer in urban geography at Utrecht University in the Netherlands. "Cities are trying to attract the 'creative class' and visitors, and make themselves seem like an attractive place to live, invest and play."

The problem (if you can call it that) is that this is happening just as the maritime industry is booming, thanks to an explosion of cheapo imports from Asia. It's conventional wisdom that urban industries are dying, but shipping isn't one of them. Even with the recession, the container trade has doubled since 2000, and 2012 is expected to be another record-breaking year. "I think it's great to have a park, but you can put a park anywhere," says Hughes. "There has to be someplace to do this."

Are cities that place? After centuries of ports fueling urban growth, some people are starting to think: Maybe not anymore. "The scale of port activity requires much more space than it used to," says Doucet, referring to the massive container ships that require not just deep-water ports, but dry-land acreage and fleets of trucks to unload their cargo. "It's actually much more practical for ports to be located outside the city center."

Even outside city centers, however, working waterfronts are being squeezed as rising real-estate prices send residents looking for homes in industrial areas. Hughes recently fought off a new apartment building next to his operation in the Red Hook section of Brooklyn, fearing litigation once tenants moved in and demanded an end to the noise. He remembered all too well the infamous battles on New Jersey's "Gold Coast" in the 1980s, when a sudden influx of condos into an area filled with industry led to lawsuits that ultimately forced out the scrapyards and repair docks.

Real estate that myopically replaces centuries-old industry -- and then slumps when the boom ends, like it has on Jersey's Gold Coast -- is an easy target. Less cut-and-dried are waterfronts reclaimed for public use. Say what you will about San Francisco's chintzy Fisherman's Wharf, where shipping has been virtually abandoned; with 14 million annual visitors, it's California's biggest tourist draw after Disneyland. And Rust Belt waterfront parks that have replaced those cities' industries, like Milwaukee's "Beer Line," have revitalized declining neighborhoods and been a boon to quality of life. Proposals for a Puget Sound Marine Center in Seattle and a fashion district on Detroit's west side are enticing reimaginings of those waterfronts, too. There are lots of great projects out there.

But for every beautiful, reclaimed waterfront, it seems there's a project whose value is questionable when compared to the industries it replaces. Like the IKEA that was built in Red Hook in 2008, which turned one of the city's dry docks into a parking lot. Soon after it opened, a study found that New York was actually short on dry docks, and losing up to $150 million per year because of it. Now the city is looking at building seven more docks -- at $1 billion apiece. And a proposal for a new NBA stadium in Seattle's SoDo neighborhood (part of the city's waterfront industrial district) has Royer worried that profitable industries there will be booted out, too.

Seattle, in fact, is a good example of how working waterfront interests and New Urbanist ideals can collide even when they're not competing for the same physical space. The Port of Seattle recently shelled out $300 million to help pay for a freeway tunnel that local urbanists and activists were against -- they saw it as an expensive project that would encourage excessive car use. But the port was adamant that without it, its trucks would be bogged down in traffic. The tunnel is now being built. It was a bitter battle that Royer sees as part of a "quiet culture war" brewing in many waterfront cities.

"The average person may not really notice it," he says, "but in the maritime community, they're starting to feel chased out, and there's more of a chip on their shoulder." Perhaps because, again, this isn't a dying industry. Last year was the biggest year ever for the Port of Seattle -- it moved over a million containers. And many of the 22,000 jobs it provides are the highest-paying blue-collar jobs in existence. Longshoremen can easily make $150,000 a year, and the salaries of the Puget Sound pilots who bring in the big ships could make a Ph.D. candidate cry: $400,000 per year. "In the sports page today someone was talking about how great it would be to have the arena because it would bring in hotels and restaurants," says Royer, "but if you look at the economics of the working waterfront, it's not even close."

Which raises an interesting point: A robust working waterfront inadvertently creates the conditions that make possible several of the values New Urbanists hold dear. With their generous salaries, maritime workers can afford to live in the city, rather than be forced out into the sprawl. And while ports have a grimy reputation, shipping is cleaner than trucking or even freight rail. "Every barge replaces 75 heavy trucks or 25 rail cars," says Hughes. Today's ships, says Royer, "can move one ton of cargo 1,600 miles on a gallon of fuel."

Perhaps most important, working waterfronts diversify a city's economy in an era when most urban manufacturing is evaporating. Royer worries about Seattle going the way of San Francisco, a town where well-paying blue-collar jobs are scarce, in part because the city let its maritime industry drift across the bay to Oakland. Working waterfront advocates urge cities to make zoning policies that protect the industry from sporadic spikes in land value, allow easements for maritime companies to work on city property, and create freight-movement plans that emphasize taking trucks off city roads.

And there are signs that cities are taking note. Last month, Oakland voted to move forward with a plan to take a waterfront Army base that closed in 1999 and redevelop it as a hub of maritime industry. In New York, a city-commissioned report called for expanding the city's ports and ship-repair facilities, "a notable shift from an emphasis on reclaiming the shores of the five boroughs with condominiums and parkland." And in Providence, as the city officially closes the book on notions of lining the waterfront with real estate, "city planners ... now see it as part of a maritime industrial rebirth," Providence Business News reported on Monday.

As for the 50,000-ton pile of scrap metal, the river is being dredged to make way for a ship large enough to haul it off, says the company that owns it. In the meantime, just pretend Marlon Brando works there.