After a U.S. soldier's alleged shooting rampage, the militant group swears it will retaliate 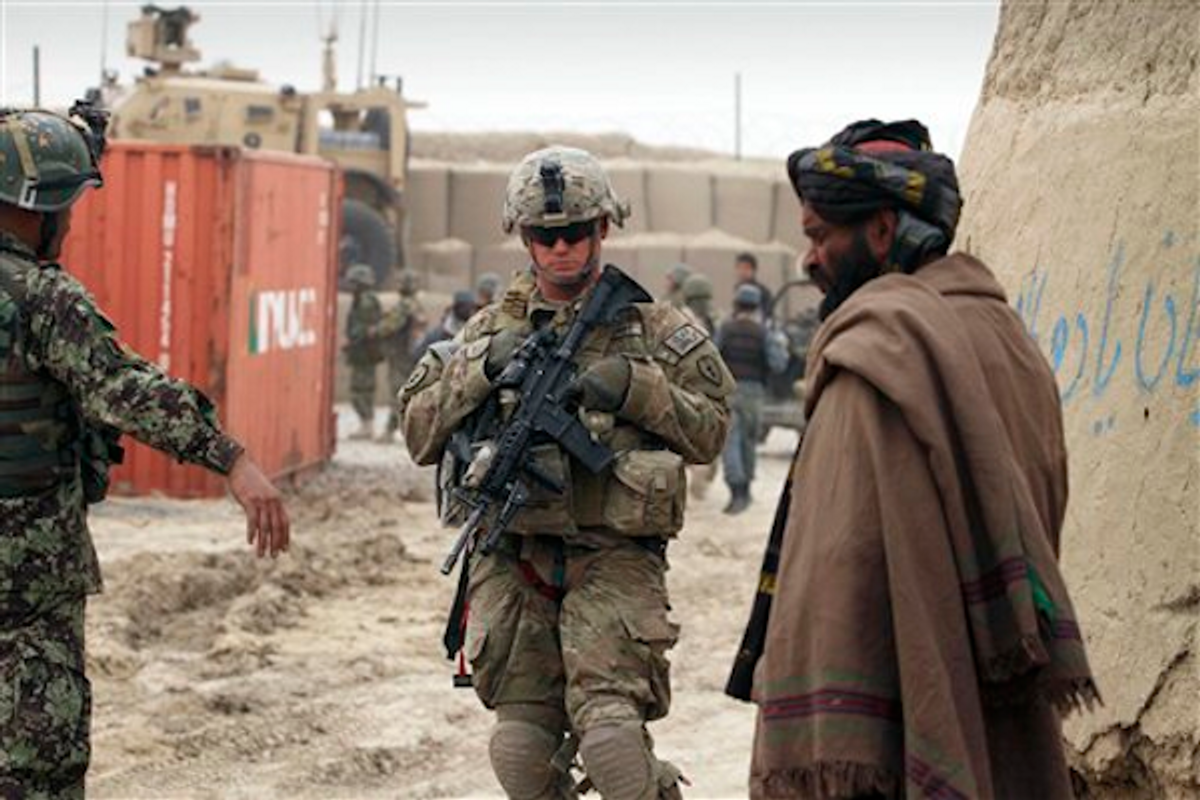 The Taliban has vowed revenge against the U.S. after an American soldier allegedly went on a house-to-house shooting rampage in Kandahar province, killing 16 Afghan civilians — including children — on Sunday.

In a statement Monday on their website, the militant group pledged to "take revenge" against the "sick-minded American savages," according to the AFP news agency.

"The American 'terrorists' want to come up with an excuse for the perpetrator of this inhumane crime by claiming that this immoral culprit was mentally ill," the Taliban statement reportedly said.

"If the perpetrators of this massacre were in fact mentally ill then this testifies to yet another moral transgression by the American military, because they are arming lunatics in Afghanistan who turn their weapons against the defenseless Afghans without giving a second thought."

Last month, the burning of copies of the Quran on a NATO military base triggered violent protests across the country and a spate of insider attacks against Western soldiers.

As a consequence, U.S.-led forces in Afghanistan stepped up security in case of retaliatory attacks, with the U.S. Embassy warned American citizens in Afghanistan of potential reprisals, CNN reported.

However, reports of the attack remain confused, according to NBC News.

U.S. officials say only one soldier, described in several media reports as a veteran American army staff sergeant, was involved.

CNN cited NATO's International Security Assistance Force as also saying the soldier acted alone, and turned himself in after opening fire on civilians.

However, villagers and other Afghans claimed it was a group of soldiers, NBC reported.

Fox News cites Afghan officials as saying nine of the 16 victims were children and three were women. They said some of the bodies were also found to be charred.

The Obama administration has vowed a rapid investigation and promised to hold whoever was behind the violence fully responsible.

However, Karzai reportedly called it an "unforgivable" crime.

A statement from his office said the killings took place in  the Panjway district, about 15 miles southwest of Kandahar.

Haji Agha Lali, a member of the provincial council, told CNN the soldier had attacked four houses in two nearby villages.