Is it finally time to leave Afghanistan? 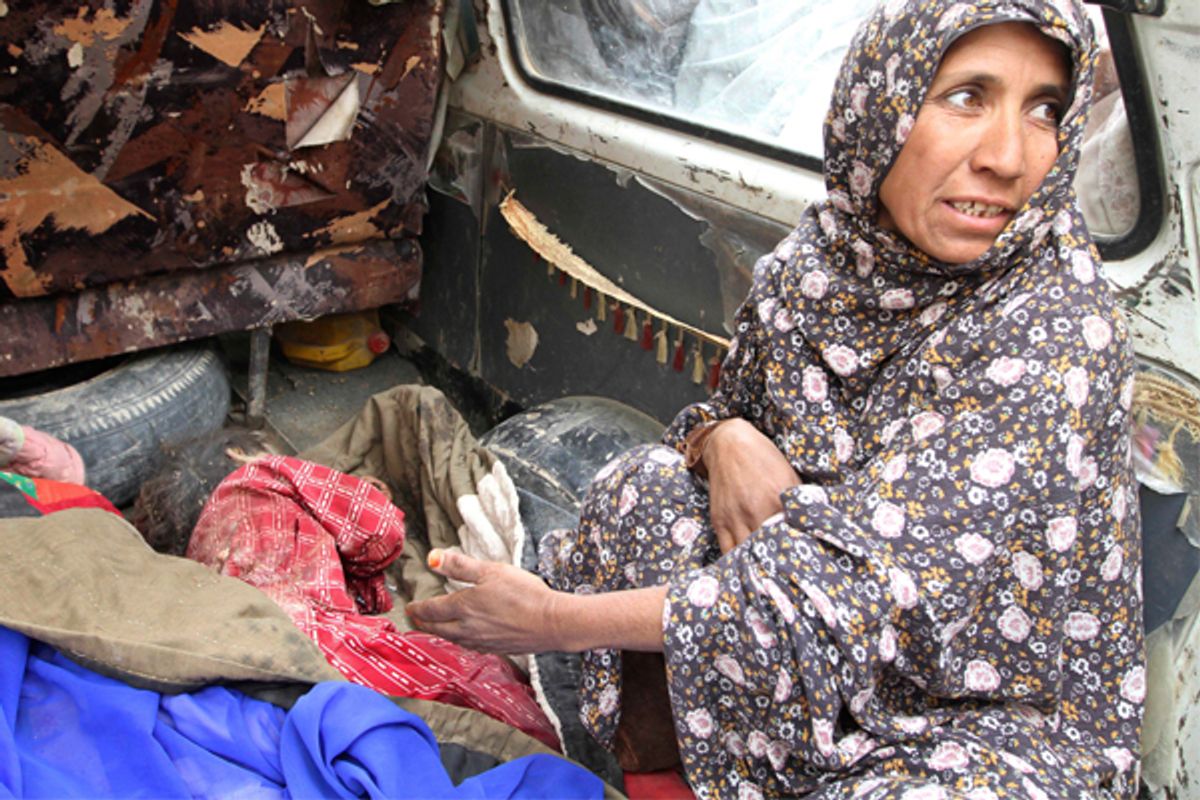 Anar Gul gestures to the body of her grandchild, who was allegedly killed by a U.S. service member in Panjwai, Kandahar, on Sunday. (AP/Allauddin Khan)
--

Over the weekend, a U.S. soldier walked up to two villages in southern Afghanistan and killed 16 people, nine of them children. The incident has shocked the world as an appalling act of coldblooded murder, leading to increased calls for an American withdrawal. But, shocking as it may be, Sunday’s killings don’t fundamentally change the course of the  war.

Judging by the statistics International Security Assistance Force releases, the war should be going smoothly: In 2011 violence was down slightly, though still higher than 2008, when then-Sen. Barack Obama said the war was being neglected and desperately needed more troops and attention.

But the war is not going smoothly. Clausewitz’s dictum that war is politics by other means – a phrase used so often, to such little effect, that it’s nearly lost its meaning – is truer now than ever. Some of the tangible aspects of the war have improved, but its politics are worse than they’ve ever been. ISAF assembles meticulous statistics about the physical metrics of combat; it does not measure the social and political consequences of its action.

In a speech outlining his strategy for the war, President Obama boiled it down to three goals: Deny al-Qaida safe haven; prevent the Taliban from overthrowing the government; and build up the Afghan security forces so they can take over as U.S. troops leave. It is a remarkable framework, defined as much by absence as by accomplishment, and in terms so vague as to be impossible to achieve definitively. But it is also a fundamentally political strategic framework, focused on the Afghan government as the defining characteristic of any future Afghan state.

Yet politics are completely missing from the American side of the war. In the last year, overall violence has decreased but has concentrated on a few key areas like Kabul, which has seen a wave of terrifying, sophisticated attacks meant to shake confidence in ISAF and in the Afghan government. Meanwhile, heavy-handed “night raid” tactics by special operations forces – which the accused American shooter Sunday supported – often ignore the social and political consequences of those raids in the rush to tick up dead or captured bad guys. As a result, Afghans don’t look around and think that things are improving; by and large, they think things are getting worse.

In the U.S., the steady drumbeat of shocking news is also having an effect: A new ABC News-Washington Post poll shows plummeting support for the war in the general public; GOP support is falling quickly as well. This has led two of the GOP candidates for president, Newt Gingrich and Rick Santorum, to join forces with the anti-war left and voice opposition to the war and suggest a more rapid withdrawal.

But a more rapid withdrawal would be the worst possible outcome for Afghanistan right now. The desire to cut losses is understandable, even justified, but it would plunge Afghanistan into madness and anarchy.

That's because there remains no political process at work in Afghanistan than can address the fundamental conflict driving the war: a political contest between the current, corrupt government and the insurgency that rejects that government. The current line about so-called reconciliation – the negotiations process, which demands the Taliban accept the very Afghan constitution they’re fighting to upend – doesn’t account for any of Afghanistan’s politics. It is merely a call to surrender.

President Obama missed a critical opportunity in 2009 to reorient the war away from a military-led battle with some political trappings, to a political strategy with a military component. It’s not too late to make that shift in perspective and outlook – not yet, at least. While Sunday’s mass murder is shocking, it does provide some space in Washington for a pivot point to reorient the war where it needs to be: on the politics of Afghanistan, and not on the insurgency of Afghanistan.

A reorientation on politics opens up new choices for reengaging with Afghans under a less militarist rubric. It can allow new doctrines like Expeditionary Economics to reshape the economic and political engagement of local communities. It creates space for addressing the systemic causes of corruption: a poorly designed government that cannot raise its own revenue. And it puts the ultimate, long-term American goal with the Afghan people, instead of the insurgency or even Afghan government.

The opportunity to turn the Afghanistan conflict onto a better path is being drowned out by the shock and outrage over Sunday’s murders. And the administration has shown no interest in changing course, either. But altering the war so it focuses on the political reasons for conflict is the only way to avoid a complete disaster when the withdrawal finally happens.