An early pullout from Afghanistan?

After the recent civilian shootings, Obama may reduce troops sooner than planned 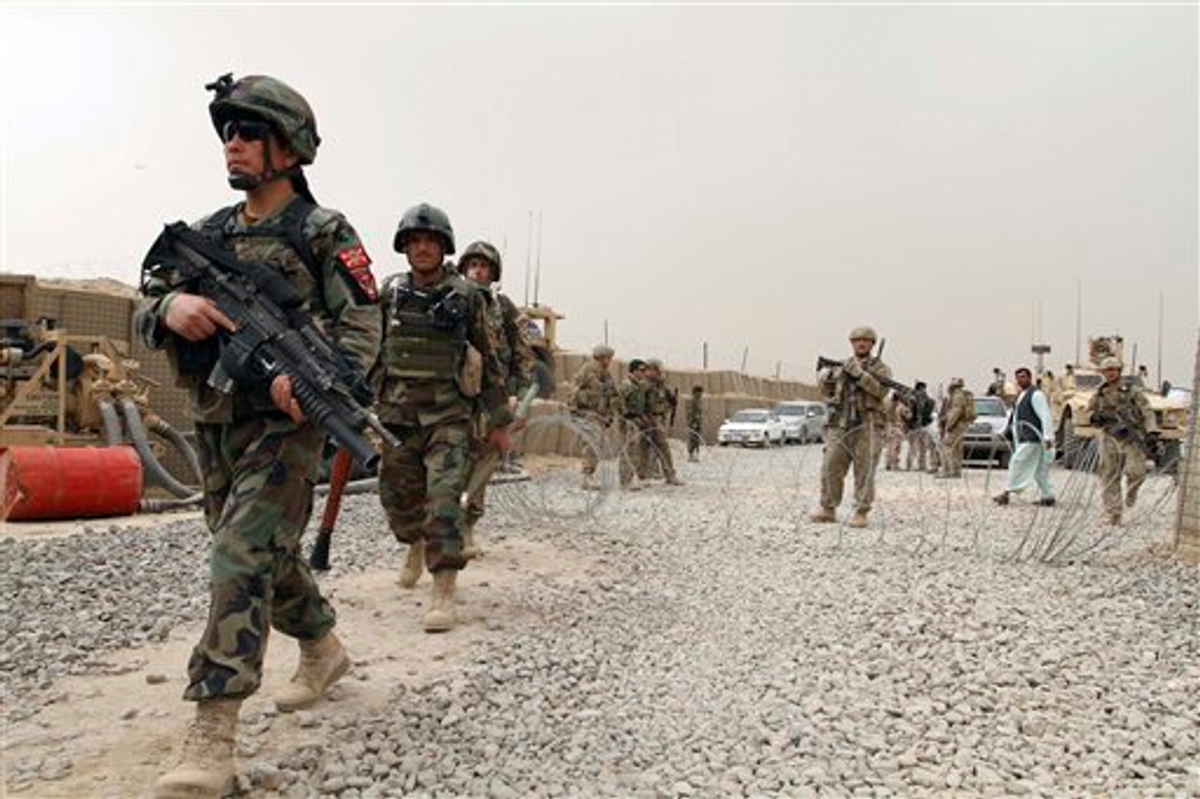 In the wake of the Kandahar shootings, the Obama administration is considering reducing American troops in Afghanistan, the New York Times reported. One idea being proposed is to remove 20,000 troops by 2013. Vice President Joseph Biden and Thomas E. Donilon, the national security adviser, have both been pushing for the United States to leave early. Military leaders, however, are opposed to leaving Afghanistan before 2014, when the NATO mission was originally scheduled to end, the Times said.

Obama appeared to be siding with military leaders in one recent interview. He told ABC today that "I have put us on a path where we are going to have this war over by the end of 2014."

Sunday's shooting of 16 Afghan civilians in the province of Kandahar by a U.S. staff sergeant has put more pressure on the Obama administration to have troops leave Afghanistan early. Hundreds of students in Jalalabad staged the first protests over the massacre Monday, the Australian reported.

But other Afghanistan residents seem unsure what will happen to their country once the United States leaves. The Times reported that "asylum applications to other countries are at an all-time high." The Afghan Foreign ministry's office has more passport applications than it can process and even many well-off Afghans have fled the country.