The right cover for "Lolita"

After years of soft-core designs, a book collects 60 new versions that do justice to the novel's dark complexities 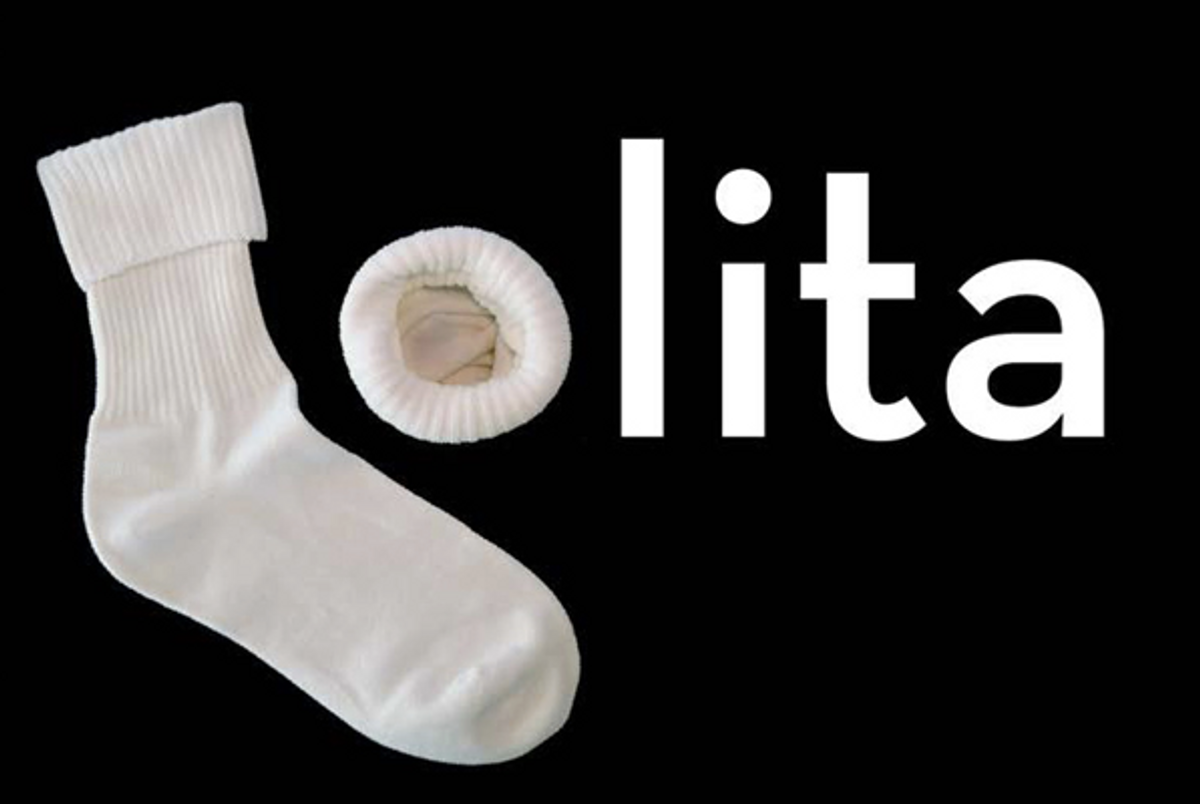 Among the problems Nabokov’s "Lolita" poses for the book designer, probably the thorniest is the popular misconception of the title character. She’s chronically miscast as a teenage sexpot ― just witness the dozens of soft-core covers over the years. “We are talking about a novel which has child rape at its core,” says John Bertram, an architect and blogger who, three years ago, sponsored a "Lolita" cover competition asking designers to do better.

Now the contest is being turned into a book, due out in June and coedited by Yuri Leving, with essays on historical cover treatments along with new versions by 60 well-known designers, two-thirds of them women: Barbara deWilde, Jessica Helfand, Peter Mendelsund and Jennifer Daniel, to name a few. They don’t shy away from frank sexuality, but they add layers of darkness and complication. And like Jamie Keenan’s cover ― a claustrophobic room that morphs into a girl in her underwear ― they provoke without asking readers to abdicate their responsibility.

I talked to Bertram about contending with "Lolita's" complexity and ethical baggage, and why the novel is cited by so many female designers as their favorite book.

What makes "Lolita" such rich source material for designers?

As Alice Twemlow notes in her essay about the covers, "Lolita" is an “embarrassment of riches”: complex, stylistically brilliant, structurally perfect, with an insidiously charming, delusional, psychopathic narrator and a dreadfully cruel and terribly bleak plot (“a threnody for the destruction of a child’s life,” as Ellen Pifer puts it) that also manages somehow to be deeply amusing. For obvious reasons, of course, it remains as controversial a novel as it was a half century ago, if not more so. And, probably helped along by Kubrick’s breezy film, and many very terrible covers, the term "Lolita" has come to popularly mean something quite the opposite of the novel’s namesake, so a designer has that to contend with as well. On the one hand, then, designers face the very real challenge of communicating some of that complexity in a cover, which can easily become overwhelming. (When John Gall weighed in on the competition, he was quick to say that he “wouldn’t give this as an assignment in a million years” to his cover design class.) On the other hand, I think there are also important ethical considerations that require careful negotiation since, whatever people may think, we are talking about a novel which has child rape at its core. Peter Mendelsund, in his wonderful blog Jacket Mechanical, discusses quite eloquently the ins and outs of designing a "Lolita" cover and addresses many of the pitfalls to be avoided as well.

Was the competition an homage or a corrective to past versions?

Definitely a corrective, since, taken as a whole, I don’t see that there is much to be valued in most of the covers that have graced the novel (there are, of course, notable exceptions). But it was also an experiment in which I posed the question: “Can it be done better?” For the gallery of covers in my book, I was interested to see what well-known designers might come up with when freed from editors, publishers and art directors and the constraints implicit in the marketing and selling of books. The result, I think, is a sort of meditation on what it means to create a cover for a complicated book, but it’s also about how a cover can add to or change the book’s meaning. In other words, there is a sense in which it’s a two-way street, which gives the designer tremendous power but also demands responsibility.

How did the initial cover competition come about? Why expand it into a book now?

The catalyst, of course, was the Nabokov scholar and translator Dieter E. Zimmer’s online gallery of "Lolita" covers, which I happened across in 2009. Seeing all of the covers grouped together, most of which seemed to fall quite wide of the mark, compelled me to see if there were better covers out there waiting to be born. The fact that the competition was only marginally successful propelled me to further investigation, so I sought out well-known designers and artists who I thought would be able to embrace the challenge.

At the same time, I sensed that Nabokov scholars had their own important contributions to make toward such a study and envisioned a multidisciplinary project of images and texts that addressed what such a cover means. I was especially anxious that Lolita herself not get lost in the shuffle, so I sought advice and recommendations from Sheila Levrant de Bretteville, co-founder of the Woman’s Building in Los Angeles, and currently director of graduate studies in graphic design at the Yale School of Art. I am delighted that Sian Cook and Teal Triggs, co-founders of the Women’s Design + Research Unit, agreed to be involved as well as Ellen Pifer, whose essays about "Lolita" are constant reminders that at the heart of the novel is an innocent abused child. At one point I entertained the notion of only having contributions by women, but, as it is, nearly two-thirds of the covers and half of the essays are by women.

I should also mention two important people who are responsible for the book coming to fruition. When Yuri Leving, who is my co-editor, first learned of my competition, he asked me to write an article about it for the Nabokov Online Journal, of which he is the editor. And Marco Sonzogni, an author and translator very interested in book covers as a subject of academic study, first contacted me about the possibility of creating a book from the cover competition. Marco and I have gone on to sponsor several design competitions together, and he edited "This Way," which was based on our cover design competition for Tadeusz Borowski’s "This Way for the Gas, Ladies and Gentlemen," which became a template of sorts for "Lolita: Story of a Cover Girl."

How many designers created covers for the project?

Sixty designers are participating, many of whom, but by no means all, specialize in book covers. In the course of my research, I encountered designers who were not well known but whose work suggested a sensibility that might be attuned to challenge of a "Lolita" cover and it was quite interesting to see in what ways these bore fruit. Many of the covers are surprising, some are overly reverent, and some are extremely irreverent, all of which is a good thing. Interestingly, in the process I learned that many designers claim "Lolita" as their favorite book. I found that puzzling, especially since most of the designers here are women.

For updates on the book, visit http://venusfebriculosa.com/?p=905.