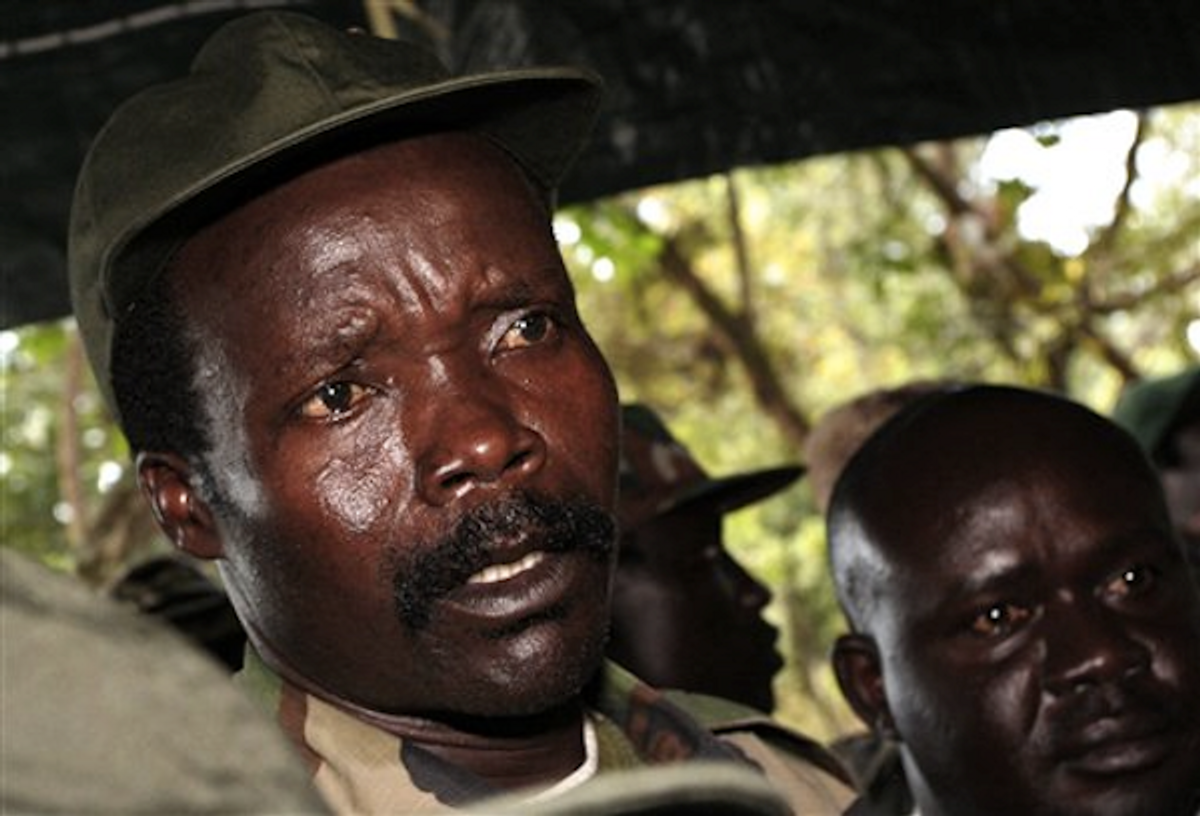 KAMPALA, Uganda — Kony 2012 may have received more than 73 million hits on YouTube since its release on the internet on March 5.

But in Uganda it is a flop.

Top Ugandan officials denounce the video — created to raise awareness about Joseph Kony, the leader of the brutal Lord's Resistance Army operating in central Africa — as false. Kony's LRA, they say, has not operated in Uganda for years.

Other Ugandans slam the video as the work of privileged young foreigners. Critics around the world have been vociferous, too. But most Ugandans have not even seen the Kony 2012 video, produced by the American NGO Invisible Children, because the internet is not widely accessible.

Among those who haven't seen it, but are still outspokenly critical is Pius Bigirimana, who is in charge of the reconstruction of northern Uganda from the devastation of the LRA.

“Anybody portraying Uganda to still have insecurity is a sadist. That person is a liar and is peddling falsehoods,” said Bigirimana.

In Uganda, Kony “is of no consequence. He is a peripheral issue,” said Bigirimana, the permanent secretary in the prime minister's office. “It’s some of these people from outside who get excited over these things.”

Many have criticized the campaign for misrepresenting the situation in Uganda, implying that conflict with the LRA is still being fought.

President Yoweri Museveni's government urged “that any awareness campaign fully takes into consideration the current realities of the situation.”

“Misinterpretations of media content may lead some people to believe that the LRA is currently active in Uganda. It must be clarified that at present the LRA is not active in any part of Uganda,” said the government statement.

The Lord’s Resistance Army was expelled from Uganda six years ago and has been reduced to a force of about 300 fighters now operating in South Sudan, the Democratic Republic of the Congo (DRC), and the Central African Republic (CAR), the government statement said.

The LRA is currently being pursued by the Ugandan army with the support of 100 US military advisors deployed late last year. U.S. President Barack Obama sent the team last year to help hunt Kony and the LRA to achieve stability in the volatile region. Commitment by Ugandan and Congo militaries is crucial to stopping Kony's mobile militias, according to the International Crisis Group.

Betty Ocan, a member of parliament for the town of Gulu, where Invisible Children bases its operations in Uganda, said she had only seen a short clip of the film on international television news.

The LRA is no longer high on her constituents’ agenda, she said.

“For the people of northern Uganda, it’s not so much a priority,” Ocan said. “Most of the time, the people will say, ‘The most pressing thing for us right now is that we want our children to go to school.’”

Ugandans displaced by the war against Kony's LRA are also worried about resettlement and getting compensation from the government for property lost, Ocan said.

For the people of northern Uganda who suffered because of the LRA’s violence, the film is a historical document, according to Ocan.

“The people of northern Uganda know that this was just a documentary which was taken during the bad times,” said the member of parliament. “Some people say that it reminds them of the past, so they do not like it so much.”

“If (Westerners) watch it, they should think about the impact (of the war). They are watching something that is past. Kony has not made it back to Uganda since 2006.”

Despite the fact that Kony is no longer a factor in Uganda, Ocan added that the people of northern Uganda remain concerned for the welfare of populations where the militia is still active.

“We feel bad if the people of (other countries) are suffering because of Kony. We don’t want people to suffer.”

The film, which features extensive footage of Invisible Children’s founder and other — mostly white — activists campaigning against the LRA in the United States, has also been criticized as neo-colonialist.

“If a film comes along and successfully empowers foreigners, many of them young people, to claim the right to do as they please in Africa — whether it is worthy or not — I can see why (Africans) would take offense,” said Angelo Izama, an award-winning journalist and Ugandan political analyst.

“It’s an unvarnished reminder that outsiders still have more power to change things if they choose,” Izama said.

Invisible Children has posted a statement in reply to critics on its website. In response to the charge that the film suggests the war is still ongoing in Uganda the group emphasizes its work in countries where the LRA is currently active.

“Since the LRA left Uganda in 2006, Invisible Children has been publicly denouncing their atrocities in DR Congo, South Sudan, and the Central African Republic (CAR), while continuing to work with now-peaceful communities in post-conflict northern Uganda,” reads the statement.

“KONY 2012 portrays, in no uncertain terms, the image of a madman who manipulates children spiritually for his own tactical gains,” the group’s website states. “In a 30-minute film, however, many nuances of the 26-year conflict are admittedly lost or overlooked.”