Working-class white families are reflected in prime time. Why is there still no realistic African-American comedy? 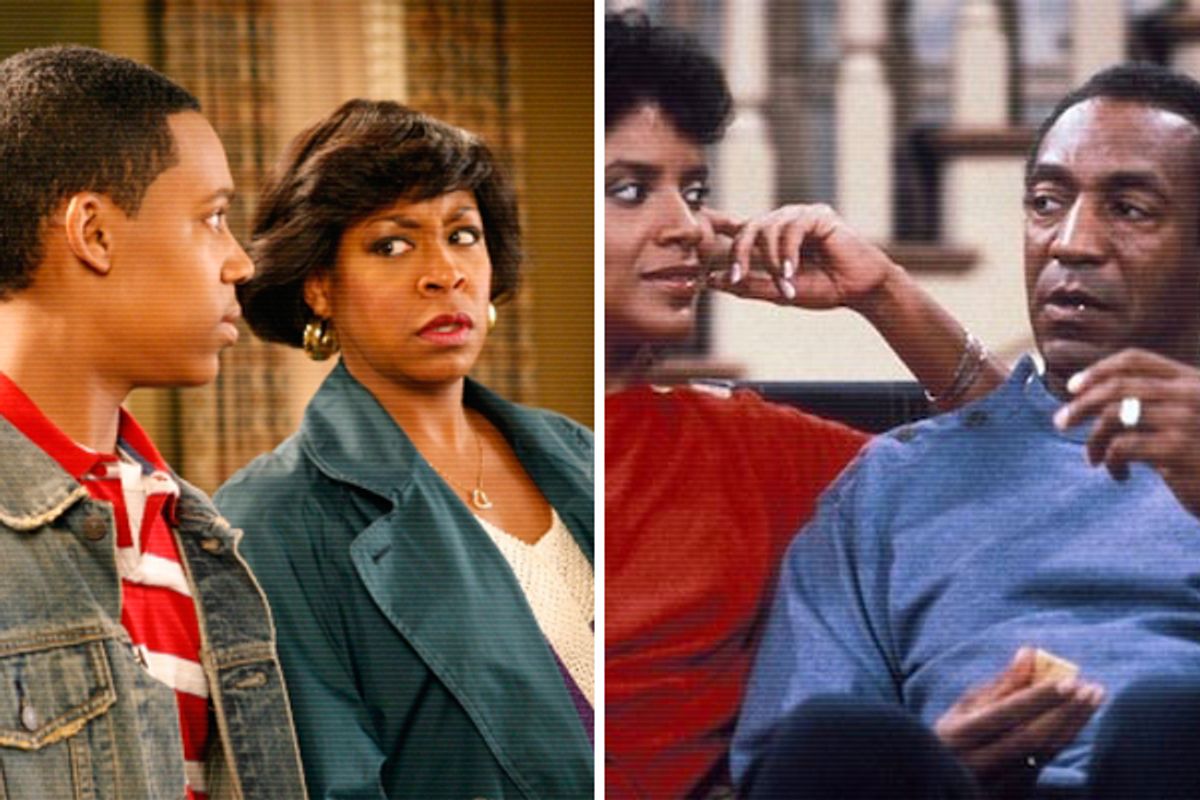 A still from "Everybody Hates Chris", left. Right: a still from "The Cosby Show" (tv.com/IMDB)
--

High hopes surrounded "Da Brick," a TV series partially inspired by the youth of boxing legend-turned-entertainer Mike Tyson, which promised to offer a glimpse into what it means to be a young, black man in a purportedly post-racial America. HBO issued a pilot order for the show, which included Spike Lee, John Ridley ("Three Kings") and Doug Ellin ("Entourage") as executive producers. When I interviewed Tyson last week, he didn't know much about the show’s fate, but expressed lots of enthusiasm – saying he was ready to go “with two guns and blast two steams ahead.”

So much for that. Deadline Hollywoood reported earlier this week that HBO officially passed on the show. The former heavyweight champ certainly understands that you can't win them all, and this certainly doesn't mean the project won't resurface on another network. But that reality is nevertheless disappointing to anyone who cares about racial and class diversity on television.

No matter how often the whitewashing of television gets noticed, little seems to change. Late last year, a Los Angeles Times piece headlined “After 'Cosby,' less sitcom diversity” focused on the dearth of black families found on broadcast television. The article praised BET’s "Reed Between the Lines" for essentially patterning itself after "The Cosby Show" and attempting to paint a positive portrayal of an upwardly mobile family of color. But while TV certainly needs more color, the few shows that focus on black families, especially the sitcoms, are becoming far too one-note. We see the black upper middle class -- and those heading there -- on TV.  What we don't see is the black working class.

"Pariah" star Kim Wayans told New York magazine last year that: "You know, it’s interesting to me that so much of the population is living under the poverty line, but when you look at television, you would think that everybody is upper ­middle class or wealthy.” She's been pitching a show to address that imbalance. "Growing Up Wayans" is described as a modern-day take on her and her now-famous siblings’ childhood. “It’s a really funny show with a lot of heart," she said, "and it reflects what’s going on today in terms of the difficult economy and how hard it is for families to make ends meet."

It's not as though TV hasn't noticed the economic downturn. It's just that most of the shows focus on how hard it is to be white in this economy. There's HBO's "Hung," which earned much attention for telling the story of a struggling Detroit teacher and coach who becomes a male escort to make up for his skimpy paycheck. Roseanne is striving to do the same thing she did 20 years ago with her new NBC series, "Downwardly Mobile," and offer the country a much-needed glimpse into how the other half live and humor themselves.

But where are the working-class sitcoms centered on similar families of a darker hue? It’s odd, considering that even with a lowered unemployment rate at 13.6 percent, blacks are still out of work at a higher rate than other racial and ethnic groups and the country as a whole. Why isn’t this reflected more in appropriate entertainment mediums?

That’s why for all the talk of chasing the legacy of Bill Cosby -- and showing upwardly mobile black families -- here’s to hoping someone can simultaneously mirror another TV legacy left by another comedian in Chris Rock and his brilliant but terribly mistreated (by its airing network) series, "Everybody Hates Chris."

Set in a neighborhood at the center of the crack epidemic, "Everybody Hates Chris" was able to wring humor out of poor economic conditions and tackle race, class and growing up in America in a manner missing from other television programming. It’s a shame the show never truly flourished the way it deserved to.

Perhaps when blacks finally do get more visibility on TV (any day now!), another opportunity will present itself for a program in that tradition. Blacks are not a monolithic group and those who strive to replicate Bill Cosby’s success work in a great tradition. Yet, in these tough economic times there is a reality about my community not being explored and it feels like a disservice to all. We need Weezy Jefferson and Florida Evans.

So as great as it is to see minorities depicted in the comfy confines of upper-middle-class life, there are indeed millions of other people not as fortunate. Most of them are of color -- and all of them deserve to see experiences like theirs on the air.