In defense of Obama's drones

Targeting al-Qaida operatives isn't tyranny. It's a legitimate way to protect America from another attack 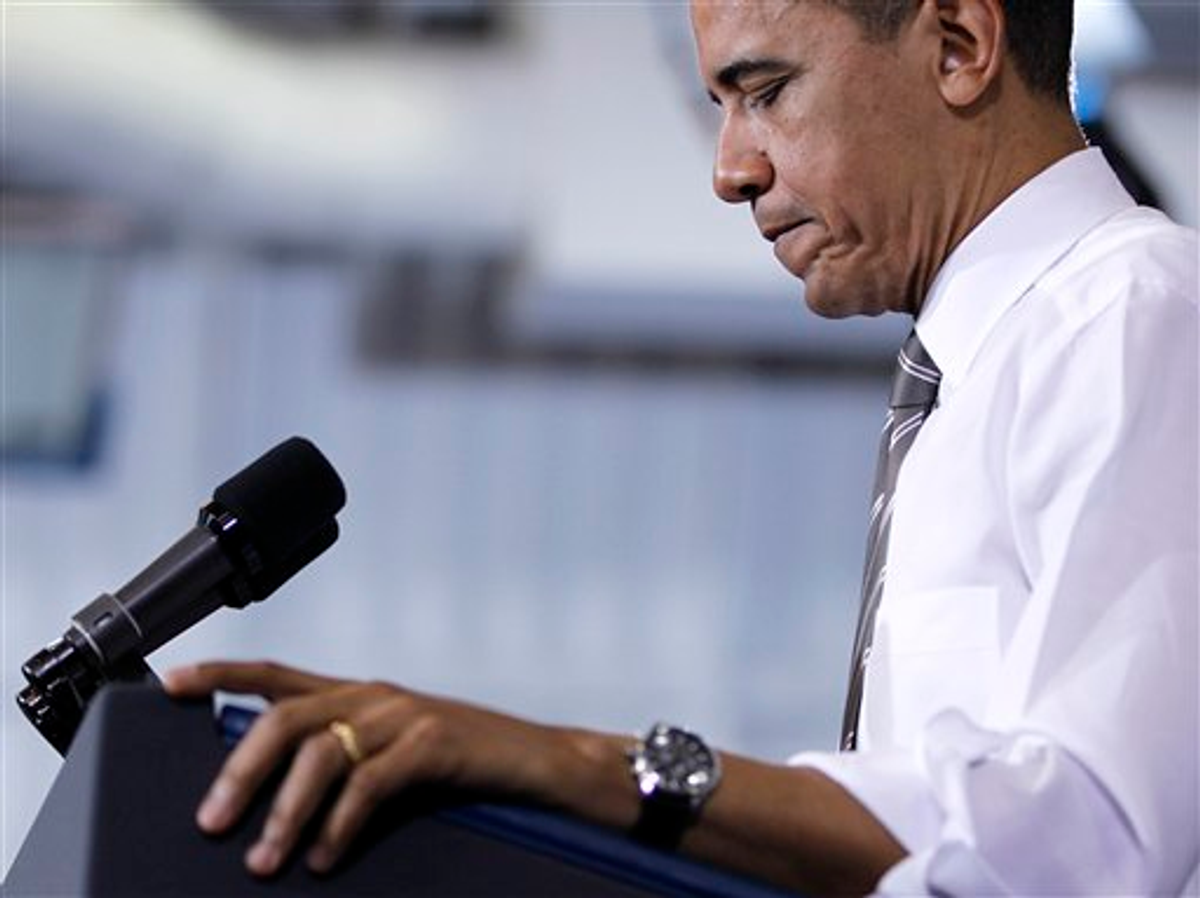 To hear some people tell it, the United States hovers on the brink of tyranny. President Obama has seized dictatorial power to murder any American citizen he secretly deems a terrorist. Attorney General Eric Holder’s craven rationalization of the so-called “CIA assassination” of U.S.-born Muslim cleric Anwar al-Awlaki in the wilds of Yemen last September struck some as the veritable death-knell of democracy.

“The President and his underlings,” writes one fiery critic, “are your accuser, your judge, your jury and your executioner all wrapped up in one, acting in total secrecy and without your even knowing that he’s accused you and sentenced you to death, and you have no opportunity even to know about, let alone confront and address, his accusations.”

Sounds grave, doesn’t it? No less penetrating a critic than Esquire’s Charles Pierce characterized Holder’s March 5 speech at Northwestern University’s School of Law, as “a monumental pile of crap that should embarrass every Democrat who ever said an unkind word about John Yoo.”

Yoo, of course, is the Bush administration lawyer who helped write memos rationalizing that anything short of “organ failure or death” wasn’t torture.

Then why are so many Americans, myself included, so blasé about it? Partly because we’ve all been raised on spy thrillers like the Jason Bourne series, in which picturesque world capitals teem with rogue CIA agents scheming to bump off Matt Damon.

But more importantly because most feel that, American citizen or not, if you've run off to join a band of lunatics at war with the United States, then the United States is also at war with you. Indeed, Congress has specifically authorized armed hostilities against al-Qaida and its affiliates.

Anwar al-Awlaki called the play; he basically got what he asked for. John Yoo has nothing to do with it.

Terrorism suspects can be arrested in Detroit or Miami, read their rights, and brought to trial. Holder made a big point of that, taking credit for the life sentence administered to failed “underwear bomber” Umar Farouk Abdulmutallab.

Not so, however, in the Pakistani tribal areas or the mountainous wastes of Yemen where al-Qaida plotters hide—places where governments barely control major roadways, and then only by day.

At Northwestern, Holder enumerated circumstances under which the President, as commander-in-chief, can legally use “lethal force” against an al-Qaida operative planning terrorist attacks.

“First, the U.S. government has determined, after a thorough and careful review, that the individual poses an imminent threat of violent attack against the United States; second, capture is not feasible; and third, the operation would be conducted in a manner consistent with applicable law of war principles.”

He added that “the Constitution does not require the President to delay action until some theoretical end-stage of planning—when the precise time, place, and manner of an attack become clear.”

In short, it’s not a legal proceeding; it’s an act of war.

In a stinging editorial, the New York Times declared Holder’s reasoning “deeply inadequate.” Specifically because, the newspaper argued, the attorney general “gave no inkling what the evidence was in the Awlaki case...Mr. Awlaki made tapes for Islamist Web sites that justified armed attacks on the United States by Muslims. But was he just spouting off, or actively plotting or supporting attacks?”

Actually, Holder gave far more than an inkling. Don’t Times editors feel a responsibility to read the attorney general’s speeches before condemning them?

According to the Justice Department transcript, Holder said Abdulmutallab confessed in detail to FBI agents “how he became inspired to carry out an act of jihad, and how he traveled to Yemen and made contact with Anwar al-Awlaki, a U.S. citizen and a leader of al-Qaida in the Arabian Peninsula. Abdulmutallab also detailed the training he received, as well as Awlaki’s specific instructions to wait until the airplane was over the United States before detonating his bomb.”

He confessed these things freely, without being tortured.

Holder never said so, but the U.S. District Judge who accepted Abdulmutallab’s plea needed to be convinced that his story checked out—both for his sake and the government’s.

So I have no tears for the late Anwar al-Awlaki. Nor for Ibrahim Hassan al-Asiri, a Saudi bomb maker also reported killed by the same drone-launched CIA Hellfire missile. He built Abdulmutallab’s infamous dud bomb, among several others. Also among the dead was Samir Khan, an American citizen of Pakistani origin who edited articles like “Make a Bomb in the Kitchen of Your Mom.”

No, we don’t kill people in the USA for blogging about jihad. But Khan surely understood the risks he was taking.

As for secrecy, my goodness. U.S. and Yemeni agents had pursued al-Awlaki ever since Abdulmutallab dropped the dime on him in 2009. Yemen’s army fought pitched battles with rebellious villagers sheltering him. The manhunt couldn’t have been better publicized had Donald Trump led the posse. He knew he was wanted; everybody knew why. If al-Awlaki had wanted a jury trial, there was never a time he couldn’t have surrendered.

Moreover, in a war, no commander is obliged to risk more soldiers’ lives than an objective is worth. For all the dubious morality of drone strikes, this would seem the kind of operation for which the weapons are well-suited.

Are there troubling precedents? Certainly. We can all imagine a President Santorum raining Hellfire missiles on promiscuous women or proponents of the Albigensian heresy.

But that’s make-believe. al-Awlaki’s terrorist bombs were real. President Obama certainly wasn’t obliged to wait until one of them exploded.