No estrogen tsunami for Democrats 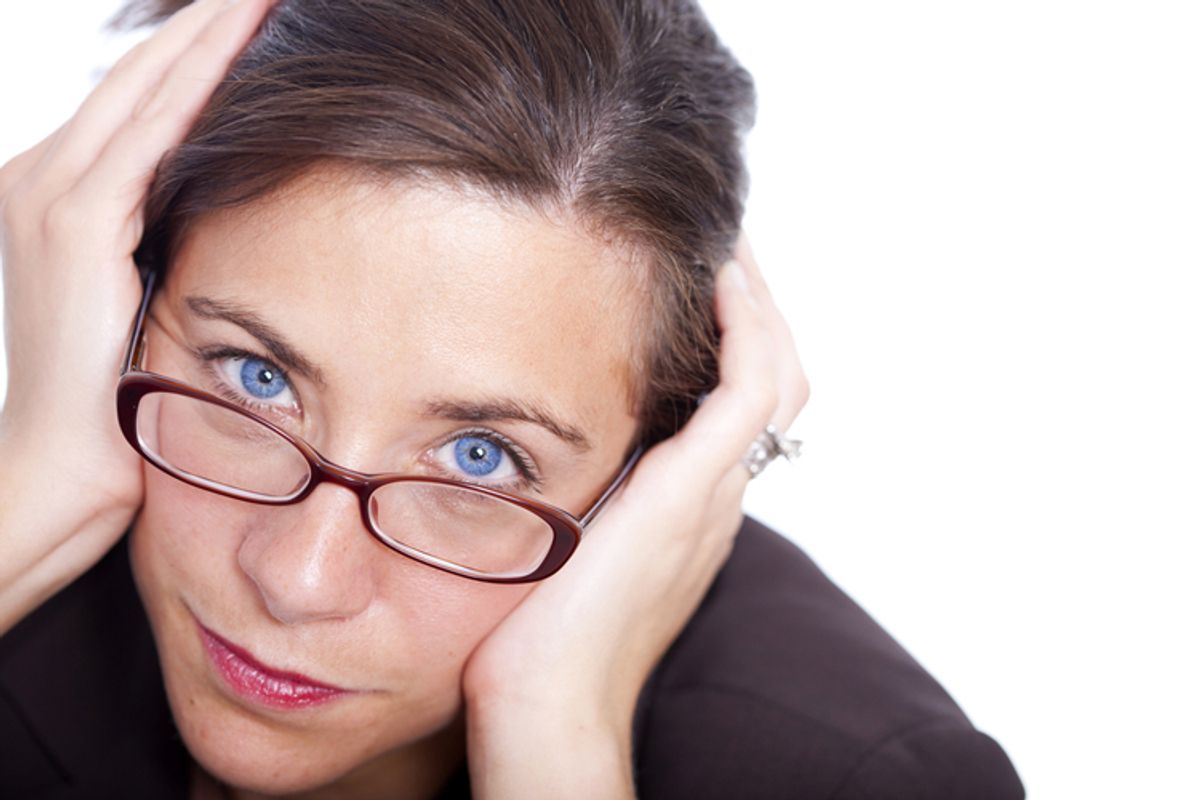 Boy, am I tired of hearing from the women at the Democratic Congressional Campaign Committee. I am tired of Jennifer Crider (email yesterday: “Violence Against Women”), Diana DeGette (email the day before: “Vile”), Kelly Ward (last Tuesday: “How Much Worse Can It Get”), and even executive director Robby Mook, whatever gender Robby is (979,540 [names on petition against Republican War on Women]). Oh, the Republican War on Women. Give the Democrats your money, the emails say, and they’ll show those gender warriors it doesn’t pay to mess with Mother Nature, or any other female, for that matter.

I’d rather hear from the Nigerians with unclaimed millions in African banks than from anyone remotely associated with the Democratic campaign that insists women are the key to victory in 2012. At least at some point there was probably some money in some African bank. The last time women picked a federal government men didn’t want was the midterm election of Bill Clinton in 1996. And that was within the margin of error.

It’s probably not entirely the Campaign Committee’s fault. It takes a real imaginative leap to be a Beltway player and not believe the Washington Post and the New York Times when they tell you Republican misogyny is the Dems’ ticket to reelection. It’s not just an errant opinion column here and there, it’s a deafening drumbeat of wishful thinking. So many women, so many votes. On March 10, the Times “reported" that centrist women were disenchanted with Republicans. Within a day, a front page Times headline proclaimed, “Obama Plans Big Effort to Build Support Among Women.”

When actual pollsters sniffed around, the same week, they found that women were moving away from their erstwhile defenders at the Democratic estrogen-fest -- even as the birth control debate was at its height. A CBS/NYT poll showed that while most women recognized the birth control ban as an issue of women’s health, women respondents nonetheless favored allowing employers to opt out on moral or religious grounds. If the New York Times had sampled women’s opinions other than by asking its 2012 friends and families it might have noticed the distinct lack of disenchantment with the Republicans among centrist women. Once in a while women affect elections. In the Alabama and Mississippi primaries last week, they formed the overwhelming majority of support for that well-known woman’s champion Rick Santorum.

The polls were a little weird. But they conform to a dispiriting insight. The Republicans don’t have a woman problem. It’s the Democrats who have the woman problem. Women aren’t fickle. Despite 30 years of trying (the gender gap first surfaced in polling in 1980) women don’t identify with the Democrats in numbers large enough to offset the Republicans’ overwhelming popularity with men. Democrats can’t even win a majority of white women in national elections. Legal abortion didn’t do it. At the moment even such a retrograde program as opposing contraception isn’t changing the numbers. If not birth control, then what? Breast cancer? The Violence Against Women Act?

There is no magic potion to unleash the mythic power of the female voter. As historian Michael Kazin so brilliantly describes in his book on the left, "American Dreamers," like many liberal American social movements, feminism changed people's behaviors and their beliefs about behavior. But, for a majority of female voters uninflected by race, feminism did not change their beliefs about the legitimate distribution of political power. Most women don’t grow up thinking they’re entitled to govern. Judging from their electoral behavior, most white women don’t care if the men they elect hope to deprive them of health insurance that includes birth control, if not keep them barefoot and pregnant. And without the jet fuel of anger and resentment, no social movement has ever changed elections.

I’m a pundit, so I will say that Barack Obama will probably win the 2012 election. He may even be the first president to win even while losing among men, technically a gender victory. (In 2008, the men split almost exactly in half.)  But it will not be an estrogen tsunami, no matter how many hysterical emails the DCCC sends to hapless female Democrats out here in cyberspace.