So about that nunsploitation movie ... 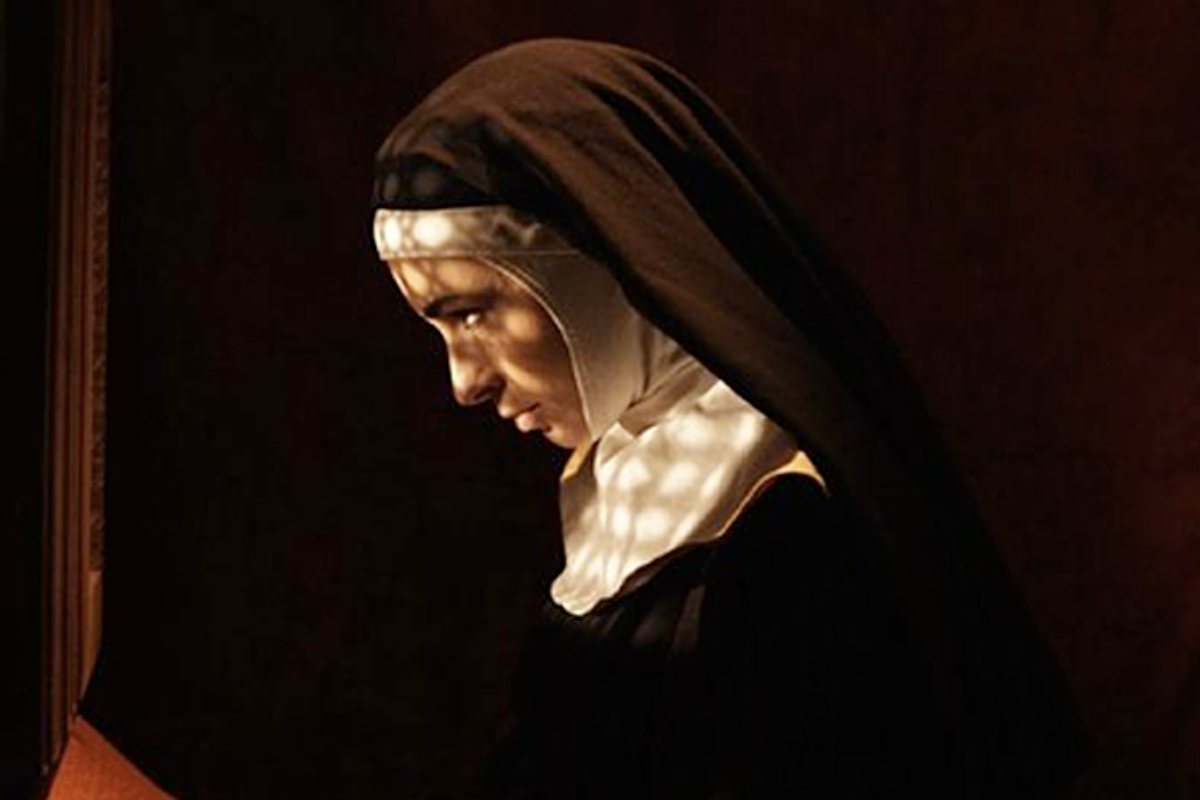 "Nude Nuns with Big Guns" and its 90-minutes of blood-soaked blasphemy couldn't have picked a better time to thunder onto Netflix. With Rick Santorum condemning nonbelievers like Torquemada in a sweater vest, the sight of a lesbian nun blowing away dope-pushing priests becomes downright comforting and sadly believable. The Catholic hierarchy seems willing to kick women to the curb over universal healthcare, so it's not entirely inconceivable that it would go the extra mile and make nuns process piles of cocaine all day in the buff (except for their habits of course) like something out of a cross between "New Jack City" and "The Flying Nun." It's not like the church hasn't covered up worse things recently.

This isn't the first time that "Nude Nuns with Big Guns" has been endowed with a significance beyond the scope of its $85,000 budget. Last year, Camelot Films filed a mass lawsuit against the 5,865 Internet users who'd already managed to torrent the movie even though it hadn't been released yet. The suit quickly came to resemble the kind of shakedown cooked up by the corrupt cardinals in "NNWBG" as the downloaders were offered the opportunity to settle out of court for $2,000-$5,000 or risk mounting legal costs and being exposed in open court as the kind of perv who freeloads naked nun flicks. After the Electronic Frontier Foundation got involved on behalf of the multiple defendants, Camelot dismissed the case in May 2011 rather than face escalating court costs of its own.

Now that we can watch "NNWBG" in the privacy of our own homes without fear of being sued for it, I can say that it does, in fact, deliver plenty of both nude nuns and big guns, all wrapped up in your standard revenge plot and taped together with a noodling wah-pedal guitar soundtrack. Sister Sarah (Asun Ortega) is caught trying to smuggle a package of product in her vestments during an exchange between drug trafficking priests and a biker gang called Los Muertos. As punishment, the priests pimp her out to the bikers who shoot her so full of heroin that she develops one hell of a Joan of Arc complex. When an aging heroin cooker named Mr. Foo (Maxie J. Santillan Jr.) cleans her up and gives her two shiny pistols, she thanks him by shooting him in the back.

"I have to show no mercy," she explains, "even to those who show mercy on me." As the film's tagline says, "This sister is one bad mother."

I know that many of you who've seen Robert Rodriguez's "Machete" (2010) are saying that you've seen all this before, but you wouldn't be quite right. Sure, Rodriguez may play with going to hell by dressing Lindsay Lohan up like a pistol-packing nun in his Mex-Tex grindhouse romp, but he still gives us Cheech Marin as a wisecracking warrior priest that probably even Mel Gibson can approve of (if not Rick Santorum). "NNWBG" director/co-writer Joseph Guzman displays a much bleaker view of our Mother the Church where the priests are more conniving than the bikers (who at least do their own dirty work) and the nuns are nothing more than sheepish slave labor. After so many priests, mother superiors and oppressed sisters are slaughtered during Sister Sarah's mission for the Lord's vengeance, "NNWBG" makes that scene where Danny Trejo makes his escape by sliding down a large intestine look like family-friendly entertainment.

"NNWB" takes the depravities hinted at by that sleazy motel scene in Orson Welles' "Touch of Evil" (1958) and raps you across the knuckles with them like an overzealous Catholic school teacher in almost every frame. Guzman directs his bloody revenge flick with a style resembling a zero-budget "Kill Bill" digitally filtered through an episode of "Spartacus: Blood and Sand." However, Guzman has learned the lessons of such ultra-gory 1970s revenge flicks such as the original "I Spit on Your Grave" (1978) or "Last House on the Left" (1972) perhaps a little too well; his use of misogyny only being balanced out by the camera lingering on the occasional severed penis.

As you might expect, I reached a point where I simply didn't want to see any more nude nuns, naked strippers or papal carnage. But after just a few minutes of congressional birth control hearings or Rick Santorum campaign events on CSPAN, "NNWBG" started to make a sick sense all over again.