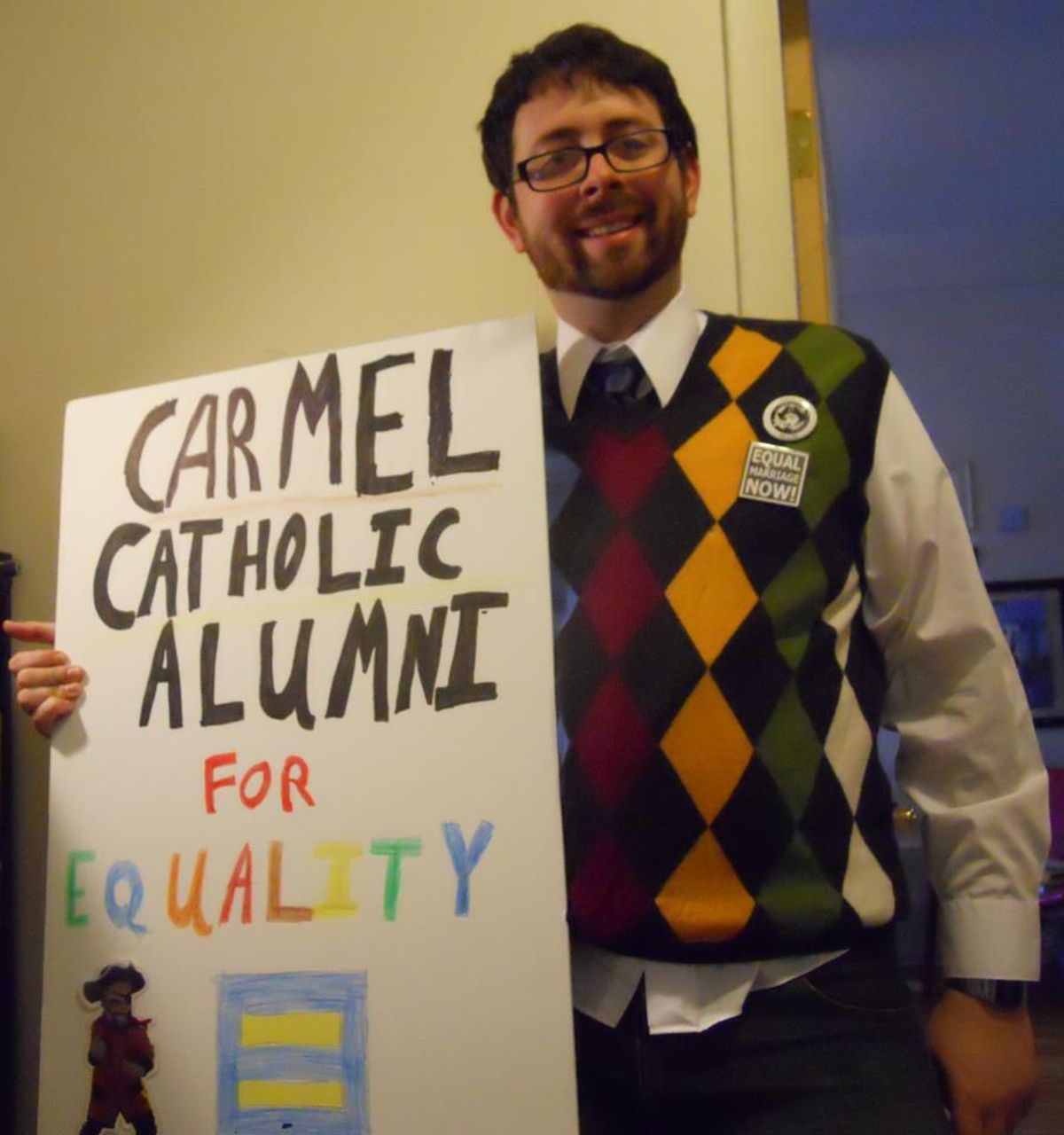 One of the nominal "mysteries" of the 2012 GOP primaries is why ultra-Catholic Rick Santorum has lost the Catholic vote to Mormon Mitt Romney in almost every primary, while cleaning up among Protestant evangelicals. It's possible some of it reflects evangelicals' distaste for Mormonism. But it's also possible it reflects Catholics' distaste for Santorum.

Why has Santorum avoided Carmel Catholic? Well, it's a college prep school that boasts "respect for diversity, mutual growth and development." A full 99 percent of its graduates go to college, and a quarter pursue science degrees, so they presumably don't share Santorum's belief that college is for "snobs" (nor his interest in the "intelligent design" theory of creation.)

Herman, it should be noted, is a politically active Democrat. But he's not alone in finding Santorum a poor representative for Carmel Catholic. Recently, other grads organized "Carmel Catholic Alumni Against Rick Santorum" on Facebook. Carrying signs with slogans like, “Catholics Against Hate,” “Carmel Catholic Alumni for Equality,” and “No to Santorum, Yes to Equality," they protested his Friday speech in Arlington Heights.

“True Christians live the love of Jesus Christ. They don't preach hate and discrimination,” said Kelly O'Connor, a 1996 Carmel graduate. “Rick Santorum has really built a career on discriminating against the LGBT community," said Matt Muchowski, the protest organizer and a 2002 Carmel Catholic High School graduate. "That's the thing that's really rallying alumni against him. We've been shocked and embarrassed by it."

With Mitt Romney claiming Michigan, New Hampshire and Massachusetts among his home bases, you'd think Santorum would make a big deal about his high school alma mater during a tough primary battle in Illinois. But maybe Santorum realizes what the mainstream media seems not to: Catholics are far more liberal than Santorum, and they're not flocking to his candidacy. Santorum is still doing better in Illinois that anyone expected, but not with fellow Carmel Catholic alums.