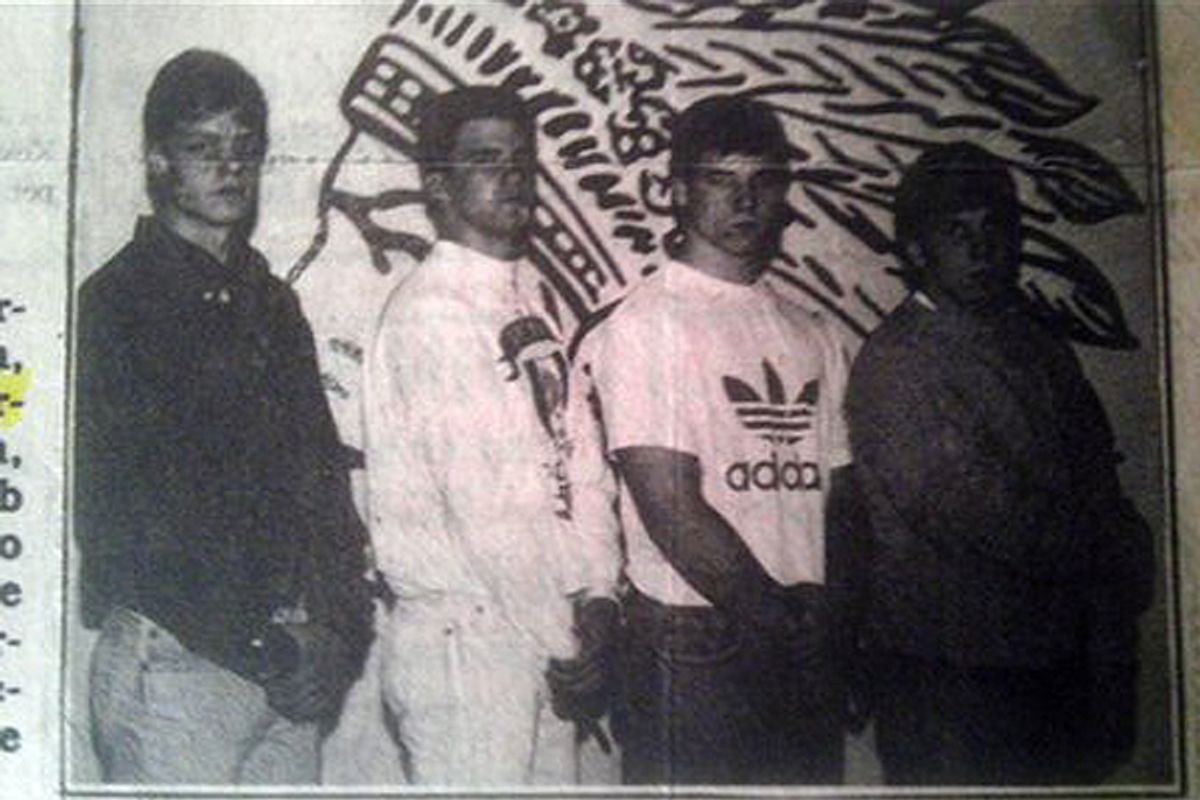 BOSTON — The gates of Fort Leavenworth, Kan. behind which Sgt. Robert Bales is now being held are heavily guarded.

Thick 19th century concrete walls, barbed wire and gun turrets protect not only the sprawling, historic military base and the prison where Bales sits in solitary confinement, but also the very center where the American military has defined its counter-insurgency strategy in the post-9/11 era.

Not far from those walls of the military prison at Leavenworth is the Combined Arms Center, where Gen. David H. Petraeus and a team of military scholars wrote the doctrine for counter-insurgency and where field commanders train in what is known as the Center for Lessons Learned.

And there are many lessons to learn from the story of Bales himself.

Sgt. Bales, a 38-year-old father of two who was twice wounded in combat over the course of four deployments, was transferred yesterday form Kuwait to a cell in the prison at Leavenworth after being charged in last Sunday’s killing of 16 Afghan villagers, 9 of them children.

Overnight, Bales has for many around the world become the face of what is wrong with America’s war in Afghanistan.

Just as 44 years ago in the ides of March of 1968, the My Lai massacre and Lt. William Calley became synonymous with all that was wrong with the war in Vietnam.

And it is not just the allegations of brutality and wanton violence for which there are few who would disagree Bales should be prosecuted to the fullest extent of the law. It is the way Bales has come to embody the burden, often too heavy, that we have placed on the men and women of the U.S. military.

Bales’ odyssey began just over 10 years ago when he joined the military in the immediate aftermath of the September 11th attacks. It continued through three brutal tours in Iraq where he was wounded in combat to the symptoms he is said to have suffered of Post-Traumatic Stress Disorder (PTSD) and the indignity of being asked to return to combat despite them.

To put it simply, Bales’ story tells us that we are asking too much of too few to fight a conflict that has gone on too long.

Less than 1 percent of the American population serves in the American military, making it a volunteer force where the tensions and fallout of more than a decade of fighting in Afghanistan and Iraq can remain invisible to most Americans who never see or hear about the toll of war. It raises a persistent question as to whether America should institute a military draft so that the sufferings of war are a more shared burden and there are many proponents of a need for a greater national service that asks all of America’s youth to share in service, not just military service but in education and public works as well.

Afghanistan is already the longest war in the history of America, longer than the Civil War and longer than World War II. Servicemen and women routinely serve multiple combat tours, swelling the ranks of already crowded Veterans Administration hospitals with wounds both physical and mental.

And many are suffering economically as their lives have been torn apart by the stresses of multiple tours.

Bales appears to be among the ranks of those wounded both mentally and physically and also suffering economically.

According to military records and published interviews with his Seattle-based lawyer, John Henry Browne, Bales spent his career at the Joint Base Lewis-McChord, where he was part of the Third Stryker Brigade in the Second Infantry Division. Brown said Bales has an exemplary military record and a supportive family.

Bales was deployed three times in Iraq. According to a profile in the New York Times, the first tour came in 2003 and 2004 just as the U.S.-led invasion began to turn sour and the insurgency intensified in Iraq. In 2006, he returned for a 15-month tour at the beginning of the surge in Iraq, which was led by Gen. Petraeus and the definitive strategy in his counter-insurgency campaign. Bales’ unit was reportedly involved in a serious battle in Najaf. In 2010, he was back on duty in Iraq when an armored Humvee flipped over, apparently attacked by a roadside bomb, injured his head and reportedly sustained a traumatic brain injury, or TBI.

The injury, which has plagued the U.S. military in the era of roadside bombs, can lead to long-term, cognitive disabilities, mood swings and impulsive and violent behavior. Browne told the Times that Bales had been seriously wounded and lost part of his foot from an Improvised Explosive Device, or IED. He added that he may have suffered a brain injury in that attack as well.

Despite the trauma he suffered, Bales was sent back for yet another tour in Afghanistan. And he did so amid what appears to be great economic strain. The family home in Lake Tapps, about 20 miles from his base, is up for sale at an asking price of $229,000 which is 20 percent less than what they paid for it. Neighbors told reporters the family was in economic turmoil and that the recent tour in Afghanistan had pushed it to the edge of a crisis.

It is clear there are many unanswered questions in this case and the full details of Bales’ life and the crimes he is alleged to have committed have not yet emerged. But it is also evident that Bales was, like so many soldiers, asked to take on an extraordinary burden that could cause even the healthiest among us to break down from the weight of it all.

And so right there at Leavenworth, the military brass and brain trust that is assembled to study the lessons of war will want to study the life of Sgt. Bales and how he allegedly came to such a murderous breakdown of judgment.

In the Center for Lessons Learned military commanders still study the My Lai massacre and the role Lt. Calley played in it. He was originally sentenced to life imprisonment and hard labor at Leavenworth for the 1968 war crime of killing more than 100 Vietnamese civilians in the village. President Richard Nixon ordered the sentence to be reduced to house arrest pending appeal. Calley was ultimately treated with leniency and Nixon eventually provided him a limited pardon and he served less than four years under house arrest. For many critics of the war, the reduction of the sentence was a kind of coda to the overall injustice of the war.

It is time to learn from the senseless killing for which Bales stands charged and what a rising chorus of critics see as a senseless continuation of a war in Afghanistan that even Petraeus himself declared was not winnable in a conventional military sense.

As Bales’ story continues to unfold, time will tell if the U.S. military and the White House heed the lessons it holds.