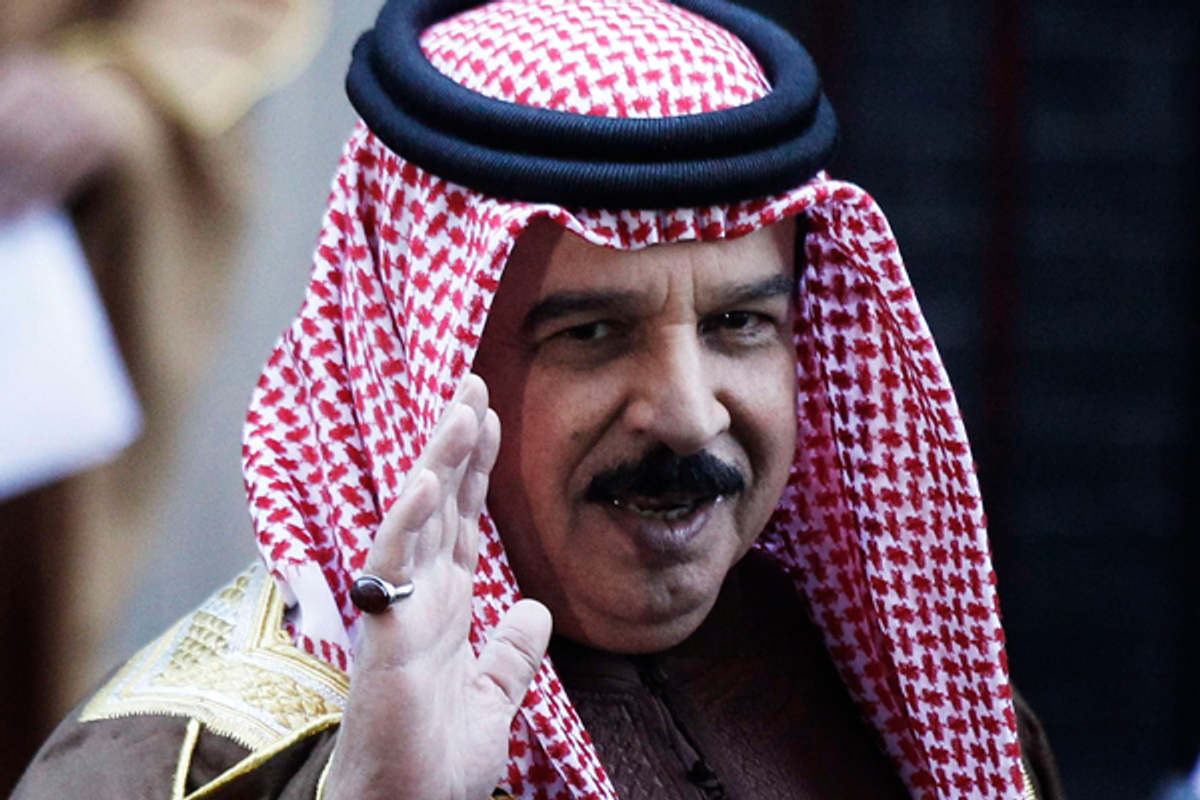 But while oppressive governments were initially caught off guard by the new media tools, those still in power appear finally to be catching on. In some cases they are happily embracing social networking to play Big Brother in a way never before possible.

Many governments struggling with dissent appear to be using a double-barreled strategy to fight back against the so-called Facebook revolutions: classic repression and by promoting their own views using the very same platforms.

“The thought police already have a presence online in these countries,” said Mohamed Abdel Dayem, the Middle East and North Africa program coordinator for the Committee to Protect Journalists. “And they have a very heavy presence on Twitter, Facebook and other social media networks. They go out there and intimidate people. And they accuse people of being heathens. And call for their heads.”

Jeffrey Ghannam, a media lawyer and analyst in Washington, thinks the propaganda strategy will win out over subjugation.

“It’s my sense that Arab governments will focus less on control, filtering and blocking — though those efforts will not completely disappear — and begin to assert their own views in the Arab cyberspace,” he said.

“Consider the cases of so-called Bahraini twitter trolls and the Syrian cyber attacks that go after critics of these respective Arab regimes. The official Arab government view is increasingly in the mix,” he said. “Another example is the way the SCAF (Egypt’s Supreme Council of Armed Forces) uses Facebook and Twitter. It may not be beautifully done, and it does draw tens of thousands of critical remarks online that are viewable, but the SCAF is contributing its views. These are all significant developments and point to increasing government engagement in the Arab cyberspace.”

Some of the official efforts smack of classic public relations techniques.

In Bahrain, the government launched an online campaign called “We Are All Hamad,” asking supporters to post pictures of Hamad bin Isa Al Khalifa, Bahrain’s ruler, on their Facebook and Twitter pages.

In Tunisia, government officials, including President Moncef Marzouki (@Moncef_Marzouki) have joined Twitter. The royal family in Jordan, as well as the mayor of Amman, Jordan’s capital, also use Facebook and Twitter to speak directly to constituents.

These regimes, however, have a long history of using heavy-handed tactics and are apparently not about to give up on old habits. Many, in fact, have learned that social media can help identify potential targets of their crackdown.

This nascent trend, however, has not led authorities in these countries and elsewhere to give up old habits. Many have continued to opt for the more traditional and heavy-handed response.

These developments have taken place in a country largely praised for its response to citizen discontent over the past year. In November, Morocco held peaceful parliamentary elections as part of a governmental reform process initiated by the king that also included a new constitution.

In Saudi Arabia, 23-year-old journalist Hamza Kashgari faces charges of blasphemy, an offence that carries the death sentence, for tweeting an imaginary conversation he was having with the Prophet Muhammad. The uproar over Kashgari’s comments prompted the Grand Mufti of Saudi Arabia, Abdul-Azeez ibn Abdullaah Aal ash-Shaikh, to issue a fatwa against Twitter, which he told “real Muslims” to avoid as a “platform for trading accusations and for promoting lies,” according to an article in The National.

And in Jordan, a masked assailant on Feb. 20 stabbed university student Enass Musallam after he published a blog post that criticized a member of the Jordanian royal family.

Authorities in the region are now also turning to old laws — such as emergency laws, anti-terrorism laws and press laws — to justify the arrest, fines and incarceration of individuals for online expression.

“When the internet and social media blogs were just starting to become popular, press laws were only applied to the mainstream media. But that’s no longer the case as these media platforms continue to converge,” said Courtney Radsch, program manager for the Global Freedom of Expression Campaign at Freedom House in New York.

Earlier this month, for instance, authorities in the United Arab Emirates arrested pro-democracy activist Saleh al-Dhufairi for tweets criticizing the UAE’s decision to deport Syrian expatriates who demonstrated outside their consulate in Dubai without a permit.

“Saleh al-Dhufairi has been arrested on accusation of spreading ideas by speech, writing and any other means that provoke strife, hurt national unity, and social peace,” a spokesman for Dubai police said in a statement.

Al-Dhufairi’s arrest is a scare tactic by a government that is itself scared of any significant dissent, CPJ’s Abdel Dayem.

“Events are occurring that are of monumental political weight and have very far reaching implications. So what happens in Tunisia matters in the Gulf and what happens in Syria matters in the Gulf,” Abdel Dayem said. “These are obviously separate political entities and separate states but there is a Pan-Arab media consumed across borders, so journalists, bloggers, regular citizens and everyone else is exploring these new found venues for expression.”

“They are testing government tolerance for criticism, not just in Libya, Egypt and Yemen where there was an actual change in the political arrangement, but also in countries where there hasn’t been change.”

And these governments in turn are testing their responses, said popular UAE commentator Sultan Al Qassemi, who has more than 100,000 followers on Twitter.

“What we are seeing today is part of the teething process of accepting social media as an avenue of communication and criticism of society and government in the Gulf,” Qassemi said. “As the adoption of social media tools grows in the Gulf there will naturally be a larger output of opinions, some less agreeable to the authorities than others.”

Citizen journalists, bloggers and average citizens who run afoul of the law for expressing their opinions online must also contend with inadequate legal representation.

“This is a new realm for many lawyers in these countries. It requires training and requires a level of experience with the technology and that’s lacking in many countries if not all,” Radsch said. “Certainly, in the U.S. where you’ve had a longer history with internet-based content you have some more sophistication there.

“With the advent of TV, you saw fewer cases against broadcasters at the beginning because it was still new and they were figuring things out, but you’re going to continue to see this battle between governments and citizens play out,” she said.

This time, however, the very nature of the internet and social networking might be enough to break the cycle.

“One thing is different,” Radsch said. “There are a lot more stakeholders and users of social media. The mainstream media is owned by a few and provides jobs for a few more but the vested interest across the broad swath of the public using social media could mean far more stakeholders could fight for the right to keep this space open.”