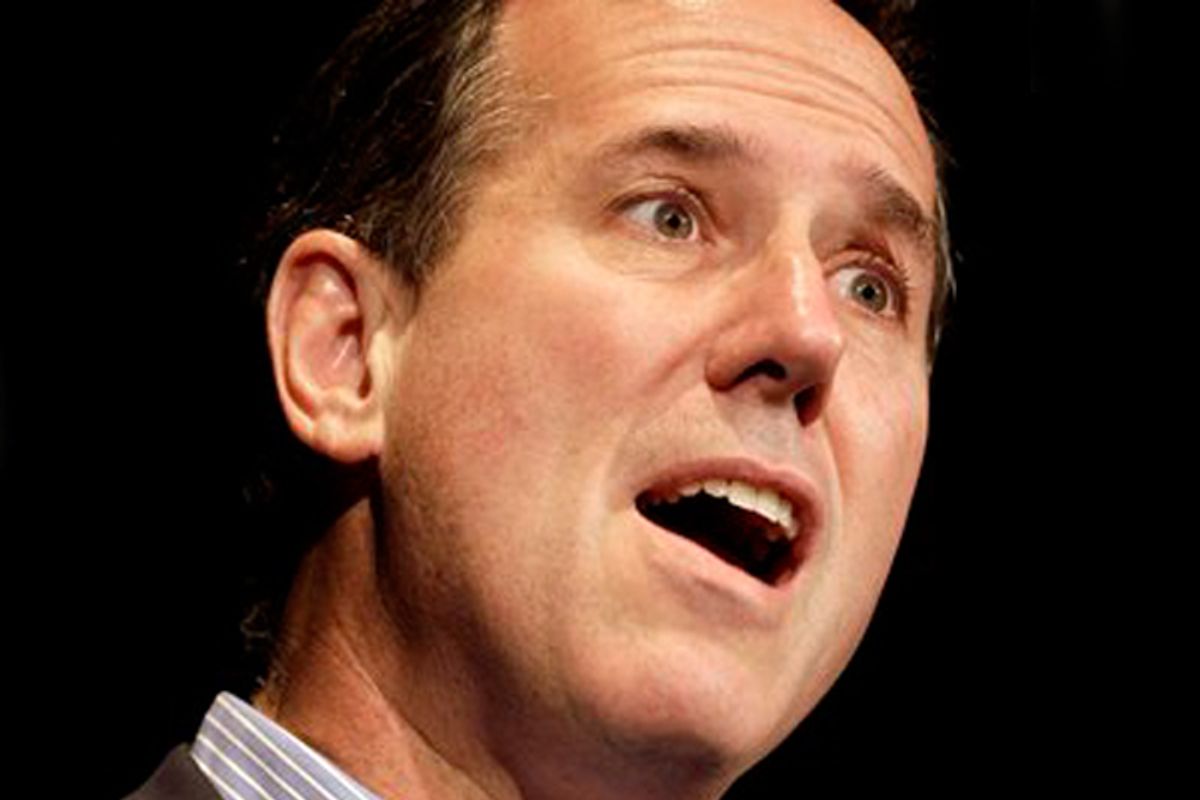 There were lots of things to poke fun at in Rick Santorum's anti-porn pledge, but the element perhaps most deserving of mockery has been widely ignored: his claim that "a wealth of research is now available demonstrating that pornography causes profound brain changes in both children and adults, resulting in widespread negative consequences."

You want to know what's profound? How scientifically inaccurate that statement is.

Pornography surely changes the brain in some ways -- but so does everything. "Watching the NCAA playoffs is going to change your brain, eating chocolate -- any time you have any kind of experience, it's going to change your brain," says Rory C. Reid, a research psychologist at the Neuropsychiatric Institute at UCLA. "The real question is, 'Are those changes substantial enough that there's going to be some observable effect?'"

As to Santorum's claim that such damning research exists, Reid says: "Well, if there is, I'd sure like to see it!" He continues, "There's not a single study to my knowledge that has even demonstrated half of that [claim]." Allow me to put into perspective Reid's expertise: He not only specializes in neuropsychology but he's also one of the world's top experts on hypersexual behavior. If any such evidence existed, let alone "a wealth of research," he would have seen it.

Still, he humored me by logging onto PubMed, a database maintained by the National Institutes of Health, and doing a search for any studies involving neuroimaging and pornography. Plenty of related research showed up, but none reliably demonstrate "profound" brain changes. The problem with much of the research in this arena is that it's limited to (in nerd-speak) cross-sectional and quantitative data -- it doesn't establish a cause and effect.

In order to reliably demonstrate such a brain-damaging impact, researchers would have to engage in the sort of study that no review board would approve -- especially when it comes to the impact on children. "You would have to get a group of children that had never looked at porn and then divide them into two groups," Reid explains. They would all undergo brain scans and then half would have to be repetitively exposed to pornography before another round of brain scans. In addition to then showing "that there had been changes in the brain that would be detrimental, you'd also have to correlate that with behavioral outcomes," he says. (That's not even mentioning the issue of how to define pornographic material. As David Ley, a psychologist and author of "The Myth of Sex Addiction," says, "The Supreme Court couldn't answer that, but Santorum can?")

In an email, Bruce Carpenter, a researcher at Brigham Young University -- of all places! -- made a point of expressing his moral opposition to pornography, and his suspicion "that pornography has larger deleterious effects upon individuals, family, and society," before writing, "Now to the evidence. THERE IS NONE." He adds, "There is not a single study of pornography use showing brain damage or even brain changes."

Similarly, Barry Komisaruk, a Rutgers University psychologist who has done groundbreaking research on the brain during climax, says, "As an experienced reviewer of neuroscientific research literature, I would welcome the challenge of reviewing and commenting upon, the 'wealth of research' that the statement claims exists," he says. "I invite the claimant to make it available to me." In other words: Bring it on.

Not even a smidgen of such evidence exists, let alone a "wealth" of it. As psychologist Michael Bailey, a professor at Northwestern University, told me, "Santorum is simply trying to wrap his religious ideology in scientific garments. But the emperor has no clothes." If he's so interested in the science of porn's impact, maybe Santorum should add federal funding of sexuality research to his platform -- and discourage his GOP brethren from attempting to defund such studies in the future.