The end of the euro crisis? 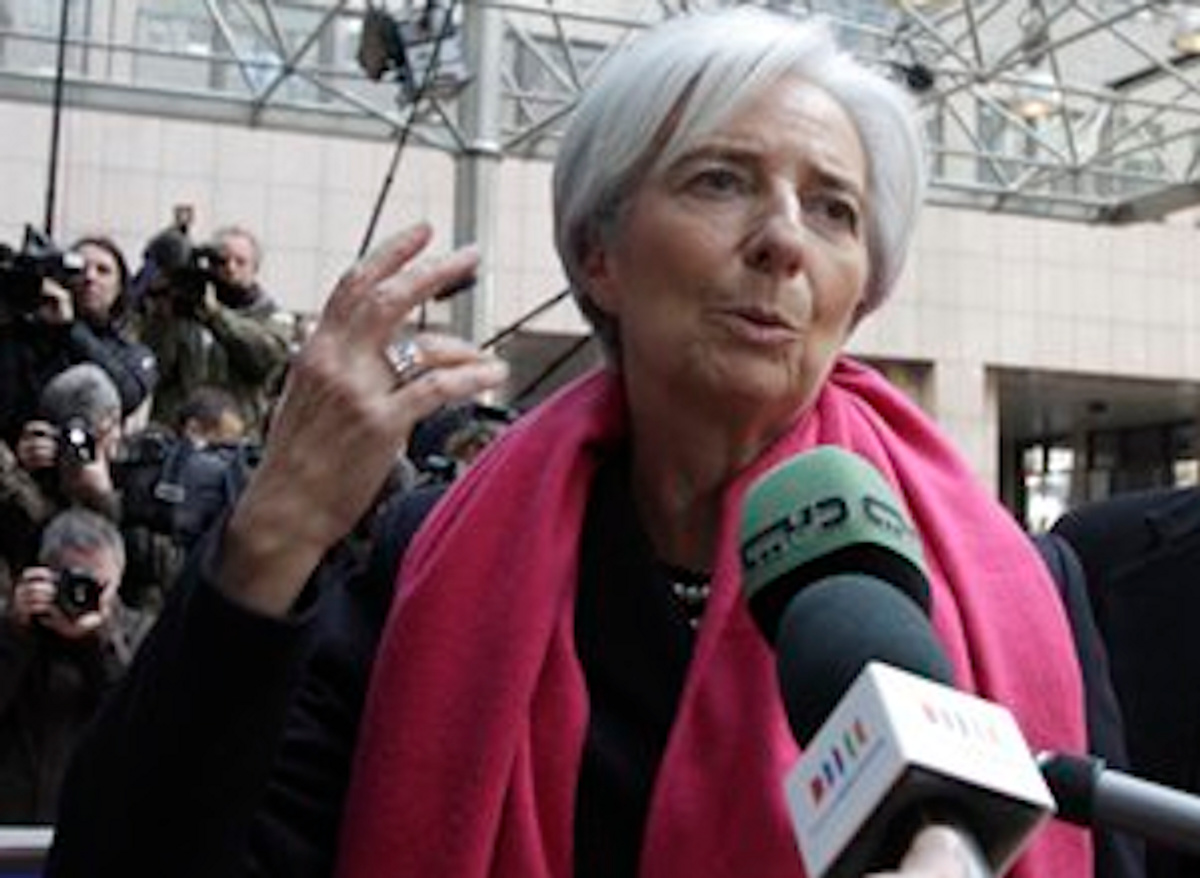 In the past two weeks, the seemingly endless prophesies of doom for the European economy have fallen eerily silent.

European stocks climbed to an eight-month high Friday, pressure is easing on Italian bonds, Greece has disappeared from front pages.

“The world economy has stepped back from the brink,” Christine Lagarde, head of the International Monetary Fund, told an audience in Beijing over the weekend. “We have cause to be a little bit more optimistic.”

The immediate risk of catastrophe has receded, but the euro zone is far from finding its way out of the woods — and the big bad wolf of currency collapse is still lurking among the trees.

Portugal might still be forced into a Greek-style default. Greece could still backslide after its impending elections. The frontrunner in France’s presidential election wants to pick apart new rules on fiscal discipline.

Soaring oil prices may still drag the euro zone recession down to unsustainable levels, and southern Europe’s inability to generate growth could vanquish all efforts to stem those countries’ rising debt.

Lagarde is painfully aware of other false dawns since the euro crisis began three years ago. “Optimism should not give us a sense of comfort or lull us into a false sense of security,” she added.

In the past four months, the euro zone has taken serious action to halt the crisis.

The European Central Bank’s December decision to pump money into the banking sector through 1 trillion euros of cheap loans staved off the threat of a crippling credit crunch and pulled the euro zone back from the abyss.

Then, early this month, European Union leaders finally agreed on a second, 130 billion euro bailout for Greece that combined with a 100 billion euro “haircut” for private investors to ease the short-term danger of a Greek meltdown.

French President Nicolas Sarkozy announced the euro zone had turned a corner and the worst of the crisis was over. For once, markets seemed reassured and pressure on the euro zone periphery bonds has eased.

But many fear that the crisis could just be on hold.

“Greece’s debt situation is as unsustainable as ever; so is Portugal’s; so is the European banking sector’s and so is Spain’s,” the influential Financial Times commentator Wolfgang Munchau wrote Monday. “The worst, I fear, is yet to come.”

Southern Europe’s moribund growth is rooted in the long-term decline of competitiveness in countries like Italy, Spain and Portugal. Reforms to free up labor markets, cut business costs and slash red tape could pay off in the long term. But right now, austerity measures to bring budgets down are compounding the no-growth problem.

Greece’s economy is set to contract for the fifth successive year with a 4.4 percent drop in 2012. Portugal’s will drop by 3 percent, Italy’s by 1.3 percent and Spain’s by 1 percent.

U.S. Treasury Secretary Timothy Geithner on Tuesday praised efforts by southern European governments to get their finances in order, but warned they also needed to stimulate growth to prevent a prolonged recession that will keep them mired in debt.

“Reforms will take time and they will not work without financial support,” Geithner told lawmakers in Washington. Without stimulus, he cautioned that Europe could sink into “a self-reinforcing negative spiral of growth-killing austerity.”

Geithner also complained that “in Europe today there is no mechanism for fiscal transfers to help cushion economic shocks.” That means Germany and other rich euro zone nations aren’t spending enough to help the south.

Throughout the crisis, Chancellor Angela Merkel has sought to limit German payouts to the minimum needed to keep the likes of Greece from going under.

More generous ideas such as euro bonds to spread the burden of debt or a Marshall Plan-inspired investment package to spur growth have received a firm “nein.”

There are signs however, that the Germans might be persuaded to take a softer line. Merkel has hinted she may be prepared to drop opposition to increasing the size of the euro zone’s firewall fund to around 700 billion euros.

That could provoke a rift with her government coalition partners — the Free Democratic Party. However, with the FDP slipping in polls, some observers think Merkel may be preparing to ditch them to form a “Grand Coalition” with the opposition Social Democrats, who are more amenable to helping out southerners.

“The Social Democrats know that what Merkel is doing is not correct,” Javier Solana, a former EU foreign policy chief, said recently in London.

“We are beginning to see a change in the German position,” Solana told the European Council on Foreign Relations. “I think we will see a Grand Coalition again in Germany which will put things in a much more different situation than the one we have today.”

Such a change might just convince hard-pressed southern Europeans that the optimism is justified.