Sex, lies and the boomerang generation 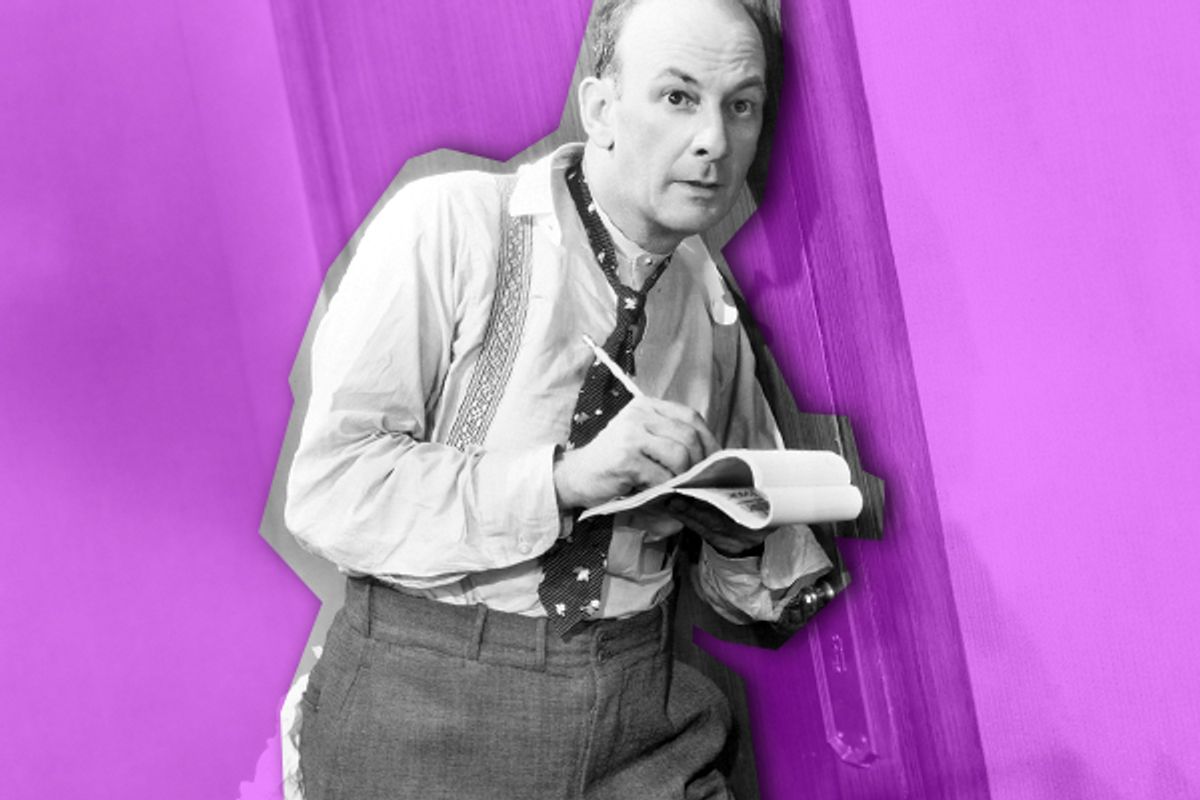 “Never. No way. Can’t do it.” I vigorously shook my head over my cup of coffee. My sister had just asked me whether I was going to have sex in my parents' apartment, which I had just moved back into. I couldn’t imagine anything more uncomfortable.

The week before, jumping out of bed and quickly throwing on my pants, I had retreated from my girlfriend’s bedroom, spooked by the phantom sound of her mother on the stairway. To face my own parents in a similar situation would be out of the question. I was glad to have become sexually active after going off to college, to skip the awkward sneaking around that I associated with high school romance. But out of school and out of work, I had returned home to find my sex life seriously hampered by the weird fact that this was the same bedroom where my diapers were changed.

I am not alone in this resurgent American quandary. According to a new Pew report, three in 10 young adults (aged 25-34) have spent considerable time living at home during the economic downturn (this is up from one in 10 in the 1980s). On top of that, almost 80 percent of the “boomerang” kids find themselves satisfied with their living arrangements. But what about their sex lives? Can you still bring home that cute guy you met at the bar? Is it fine if you have morning sex while your parents drink coffee only feet away in the kitchen? Do you feel weird looking at Buttercup, your beloved teddy bear, while having sex?

For countries that have been dealing with economic stagnation for some time, especially in southern Europe, multigenerational households are widespread (though cultural factors are also, obviously, at play). As the number of multigenerational households continues to rise in the United States, more young adults have worked out some arrangement with their parents about how to conduct their sexual life while living under the same roof.  But that doesn’t mean it’s always been easy, clearly outlined or without embarrassment.

Johns Hopkins professor Katherine Newman, whose book "The Accordion Family" investigates how the global economy has shifted the dynamics of the American family, observes that children moving back home has now reached "epidemic proportions." But she also points out that the parents of the “boomerangers” were also "the first generation that broke the mold on sexual liberty to begin with. They were the first generation to live together without being married, to experience a degree of sexual freedom that was pretty much unprecedented." As a result, Newman argues, this generation has a much easier time being sexually active in their parents' home than those who came before. Newman continued, "They're not really the kind of parents who are extremely conservative on these matters and would be somewhat hypocritical if they were."

It doesn't mean living at home is a bacchanalia. "Clearly people have to find ways to create privacy. Adults have private lives that they don't have to clear with everyone. You're allowed to do what adults do and to enter more of an egalitarian relationship with your parents than a hierarchical one."

Brooklyn College student Jean, 25, struck a subtle understanding with his mother. “I would never lock my bedroom door, but when my girlfriend would come over, I would. So I knew my mother had to know … Eventually she warned me not to get my girlfriend pregnant.” Because both Jean and his girlfriend lived at home while attending school and working part-time jobs, they tried to keep their sex as unnoticeable as possible, until their cover was blown. “My girlfriend got a call from her dad about how the family dog has fished out a used condom from the wastebasket and presented it to him, all proud of it. Her dad was a little grossed out, but was glad to know we were using protection.”

Even if you live on your own, dating someone who lives at home can also present a set of complications. Katie, a 25-year-old writer in Los Angeles, says even though her girlfriend’s parents were fine with the arrangement, she sometimes wasn’t. “Her parents seemed totally cool about it. The first time I stayed over, I had to leave early in the morning to go to work. Next day, my girlfriend told me that her parents were joking about me sneaking out and that next time I should not be embarrassed and come say ‘hi’ and take some coffee.”

Jeffrey Arnett, research professor of psychology at Clark University who coined the term “emerging adulthood,” believes that the truth is a little more complicated. “Even relatively liberal parents find themselves unable to accept that situation even though they know their children are sexually active and may have been for years. They, by and large, feel uncomfortable with the presence of their children’s sex life in their home.”

Unlike Newman, Arnett has found that the legacy of the sexual revolution hasn’t made the older generation more accepting, but less so. “I think a lot of the parents were involved in the sexual revolution, and looking back, they see a lot of negatives in it. They think there was not enough attention to the commitment in the relationship and there were definitely negatives like unintended pregnancy and sexually transmitted infections. And so it’s not just hypocrisy, it’s them, from the perspective of their middle age, knowing all too well the negative consequences that can result from premarital sex.”

Some "boomerangers" who are more upfront about their sex lives with their parents find resistance to and discouragement of their sexual activity. Pablo, 25, lived with his mother while working at Whole Foods. While she knew her son was having sex, it didn’t mean she approved of it in the house. ‘The most passive-aggressive thing would have to be when she put away my laundry and I found my lube and condoms neatly stacked on top of my desk.” For someone who is living with a single parent, like Pablo, these rules can also go both ways. His mother admitted to bringing home men while he was away at college, but once he moved home, she stopped. “It became a totally sex-free zone.”

These might seem like petty concerns, but the boomerang generation may just revolutionize the way many Americans think about sex. If the number of multigenerational households keep rising (and there’s no reason to think it won’t), then America might find itself in a situation where more than half of its most sexually active demographic live at home. What this means for sexual health is unclear, but as American families begin to think of themselves as multigenerational, and more openly embrace the idea that some children return home after college to start healthy, productive lives, it may help spur a more truthful discussion of sex, health and economic interdependence. By moving back home, boomerangs can foster more adult and cooperative relationships with their parents. And by creating a home where a discussion of sex is embraced (no matter how uncomfortable it may get), it can help change our attitudes toward sexuality and contraception.

Since my initial declaration to my sister about reluctance to have sex in my parents' apartment, I’ve warmed to the idea. I began to speak more openly to my parents about my sex life and about the girl I’m seeing. I don’t think I’ve made it perfectly clear whether we’re having sex in their apartment (although I guess now I have), but I’ve dealt with it like a lot of other “boomerangers” I’ve spoken to. I made it clear that I will be bringing company home, and if that’s cool with them, that’s the end of that discussion. Who really wants to go into too many details with their parents anyway?