"If I had a son, he'd look like Trayvon"

The president\'s first remarks about the Trayvon Martin killing were just right – and unfortunately, they had to be 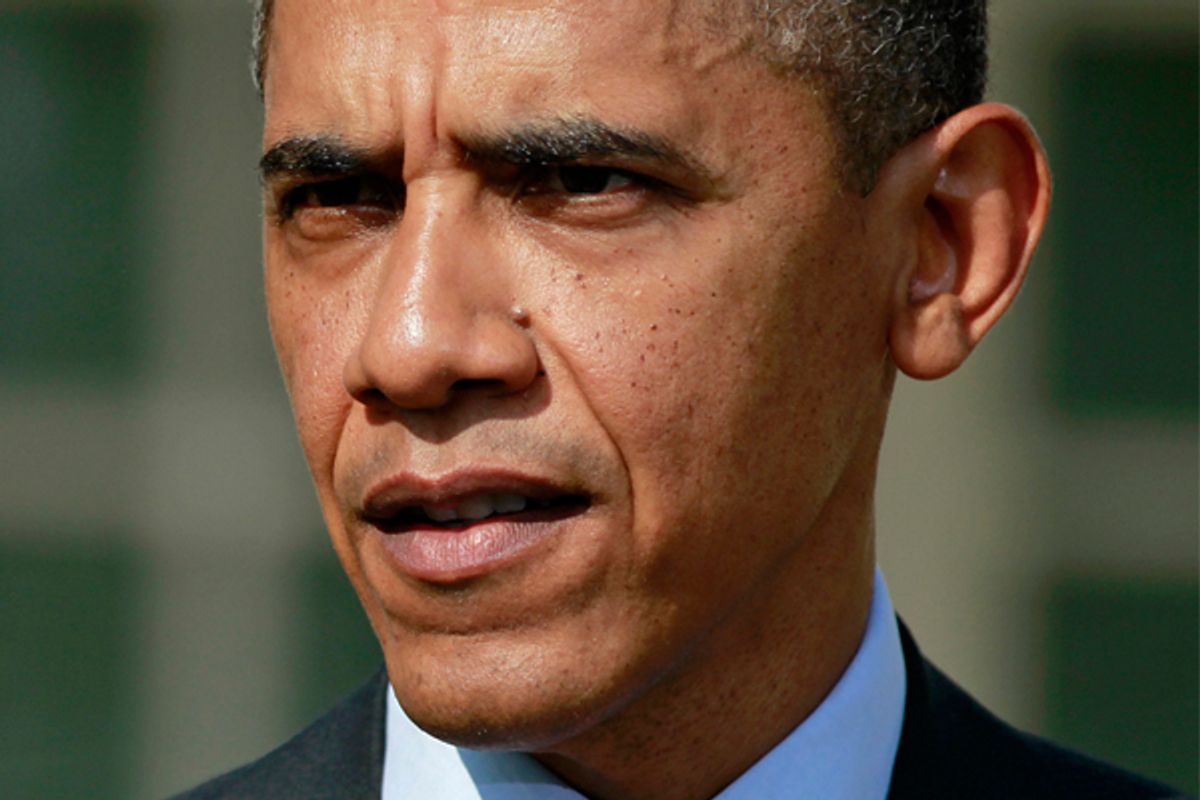 Grief and outrage over the Trayvon Martin killing has been reassuringly universal, uniting people of all races. You have to wade deep into the muck of comments sections on right-wing websites to find anyone who expresses anything but horror at an innocent 17-year-old boy in a hoodie being gunned down in cold blood, while out buying Skittles for his little brother.

Something about the grief and outrage is also unique to African-Americans. Most of the rest of us are rightly sickened. If we are parents, we can feel the horror of something cruel and crazy happening to our own kids. Yet if our kids aren't black, we can imagine that pain, we can empathize with it, but we can't directly experience it. It feels imperative to acknowledge that singular ache and intolerable injustice even as we empathize.

President Obama acknowledged both the universal and the singular tragedy of Trayvon Martin with his first remarks on the case Friday morning. It took more than a week after the outrageous killing became national news for the president to comment. I understand why he waited; it also makes me sad that he felt that he had to. Our first black president wears painful restraints when it comes to what he can and cannot say about racial issues. The grief he shared Friday morning was all the more affecting for the somber, measured way he expressed it.

Noting that he had to be careful not to "impair" the Justice Department's investigation into Martin's killing, Obama spoke directly to the suffering of his parents. "I can only imagine what these parents are going through, and when I think about this boy, I think about my own kids. And I think every parent in America should be able to understand why it is absolutely imperative that we investigate every aspect of this, and that everybody pulls together, federal, state and local, to figure out exactly how this tragedy happened."

He's right; every parent should be able to understand that. Then he took the risky but necessary step of making the tragedy personal. Recommending we all "do some soul searching to find out why something like this happened," he added, "But my main message is to the parents of Trayvon Martin." Here, he paused for a long moment. "You know, if I had a son, he’d look like Trayvon. And, you know, I think they are right to expect that all of us as Americans are going to take this with the seriousness it deserves and that we’re going to get to the bottom of exactly what happened." You could feel his personal grief as he closed out his remarks and stepped away from the cameras.

The Obamas handle our nation's confusion about race with an uncommon grace. When the president said the Cambridge police acted "stupidly" in arresting Harvard's Henry Louis Gates on his own property, well, he was right. But the right-wing outrage machine protested his wading into a local law-enforcement controversy, and he was forced to "recalibrate" and invite the arresting officer and Gates to the White House for an awkward "beer summit." Just this week, after Robert De Niro introduced Michelle Obama by joking, "Now do you really think our country is ready for a white first lady?" Newt Gingrich squealed in faux outrage (which is rich: Gingrich has done more than Obama to disappoint white women who wanted to be first ladies, his two ex-wives), and the first lady's office issued an apology, as did De Niro.

This racial tragedy, however, required the president's moral and personal response, and he handled it perfectly. His most important contribution, of course, was putting his Justice Department behind the investigation -- one that Sanford, Fla., officials horribly botched. He correctly made that his first priority. But it was important, for all of us, that he said what he did Friday morning. It's true that our first African-American president must be the president of all of us. But that includes African-Americans, and it's a sad measure of where we are as a nation, racially, that he must be particularly cautious when he decides whether and how to weigh in on even obvious racial injustice.

Many of us have been sympathetic to the restraints he wears while nevertheless wondering when he would say something about the tragedy. He did so Friday with a palpable sadness, for the family of Trayvon Martin, for himself, and for all of us.

(Update: Just as I published my claim that it's hard "to find anyone who expresses anything but horror," I saw that Fox News' Geraldo Rivera tweeted: "His hoodie killed Trayvon Martin as surely as George Zimmerman," and warned that if you "look like a gangsta...some armed schmuck will take you at your word." I am wearing a hoodie, as I do most mornings when I work at home. Rivera keeps doubling down on his idiocy on Twitter. Someone should help him away from his computer.)