Does comedy have to be cruel? 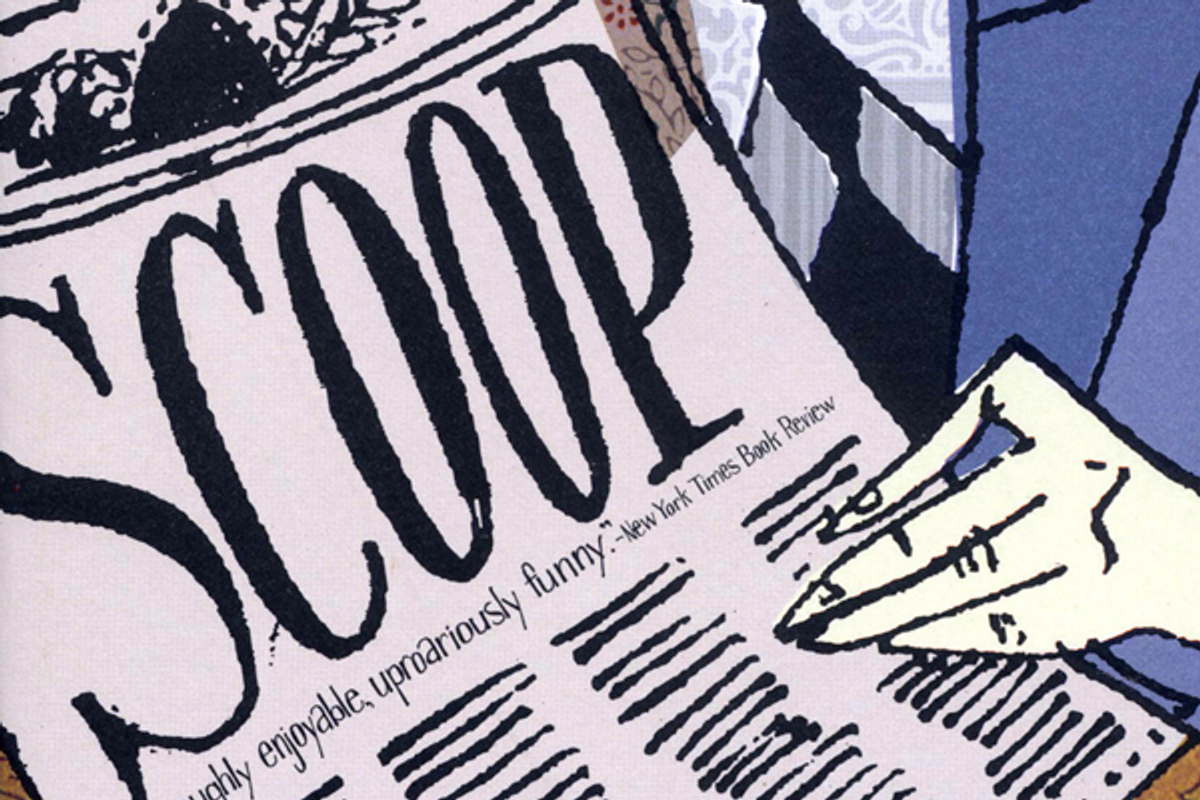 Do you have to be cruel to be comedic? It often helps, says the bestselling humor writer Andy Borowitz, who tells us about five novels (and one presidential contender) that are enough to make anyone laugh.

You’ve just turned the tale of a brush with death into a bestselling ebook that is by turns tragic, romantic, profound and just plain gross. Tell us about "An Unexpected Twist" and how you twist everything into comedy.

Three years ago, out of nowhere, I had a bizarre intestinal ailment – a twisted colon – that almost killed me. At the time, the experience didn’t seem very funny, but there’s that old saying: “Comedy equals tragedy plus time.” Three years later, I’m able to tell the same story in a funny way. The darker events are at the time, the more potential for comedy later on.

There are few things less amusing than dissecting comedy, but since you’re a professional and a former president of The Harvard Lampoon who wrote his undergraduate thesis on Restoration comedy, I thought it worth asking: Farce, irony, parody – what makes things funny?

You are right in saying that this will be painfully unfunny, so let’s at least keep it short. My thesis relied on Thomas Hobbes’ theory of laughter, which was that we laugh out of a sense of “sudden glory” – a savage feeling of superiority over the thing we are laughing at. This is an oversimplification, of course, but it kind of holds up. There’s a strong vein of cruelty running through a lot of comedy.

Let’s get to the five funny books that you’ve selected. "Babbitt," Sinclair Lewis’s 1922 caricature of middle class conformity, is your first choice. What is the book about and why have you chosen it?

Sinclair Lewis isn’t thought of these days as a funny writer, but his portrayal of the [fictional] Midwestern bore Babbitt is very funny, and it’s been ripped off many times – usually a sign that something works.

This novel was so influential that its main character became a common noun. One dictionary defines Babbitt as “a narrow-minded, self-satisfied person with an unthinking attachment to middle-class values and materialism”. What sort of self-satisfied people do you most enjoy satirising?

I’m not sure if self-satisfaction appeals to me as a target so much as lack of awareness. Of course, that’s another signature characteristic of Babbitt. To take a current example, a reason why someone like Mitt Romney is funny to me is that he’s so blissfully unaware of other people and how they will take his comments. On a campaign trip to the Daytona racetrack, he made fun of the inexpensive rain ponchos that the race fans were wearing. The whole point of his visit was to pretend that he had the common touch, but he just couldn’t help himself. I find that hilarious.

Evelyn Waugh’s 1938 novel "Scoop" ranks in several surveys as one of the 20th century’s top novels. Please give us a précis of the plot and tell us why "Scoop" ranks so high with you.

"Scoop" starts with a case of mistaken identity – a naive nature writer whose last name happens to be Boot is sent to cover a war zone instead of a novelist named Boot, whom the newspaper meant to send. Through no effort of his own, he winds up scooping all the seasoned reporters covering the same events. Everything about this book is perfect, from the prose to the characters to the Swiss-clock workings of the plot.

In introducing one edition, Christopher Hitchens wrote: “"Scoop" endures because it is a novel of pitiless realism; the mirror of satire held up to catch the Caliban of the press corps.” What subjects of satire do you find equally evergreen?

Hypocrisy, laziness, mendacity and arrogance are always good for starters. They’ve been around for a long time and always will be – not so good for humanity, but excellent for satirists.

The British bourgeoisie are in the crosshairs of Kingsley Amis’s first novel. Give us a sketch of 1954’s "Lucky Jim" and a sense of why you selected it.

This is also Kingsley Amis’s best novel, and maybe the best novel ever written about university life. The main character, Jim Dixon, is one of the great scoundrels in literature, but you love him.

Scholars seem to think "Lucky Jim" was covertly co-written by the poet Philip Larkin, to whom it is dedicated. Who are your greatest collaborators and inspirations, hidden or otherwise?

I didn’t know that about Larkin, which I guess means I’m not a scholar. My greatest collaborator was Henry Beard, who founded [the American humor magazine] National Lampoon. I worked with Henry Beard in the early 1980s when I was right out of college. We wrote a screenplay together for Warner Brothers, which probably should have been made but wasn’t. The story department called the first draft the best they had ever read, and so the executives proceeded to make us write seven or eight more drafts, each one weaker than the last. After that, I think Henry decided that was enough Hollywood for him. We’ve remained good friends over the years. There’s no one funnier or quicker.

"Lucky Jim," set in a British university, is identified as one of the forerunners of the campus novel. You began writing comedy on campus and eventually became the president of The Harvard Lampoon. Can you share some of the secrets of comedy that are passed down in the Lampoon’s castle?

I learned no comedy secrets at The Harvard Lampoon except this: It is possible to make a living as a comedian rather than as a lawyer, which had been my Plan A before I joined the Lampoon. So I owe the Lampoon that much, which is considerable.

Terry Southern is almost forgotten today, but in the sixties he was an internationally celebrated comic writer. "The Magic Christian," first published in 1959, was his first solo novel. Tell us about the strange story of Guy Grand.

Guy Grand is the richest man in the world or thereabouts. The book is a series of pranks in which he sets out to prove that people will do anything for money. It’s almost "Candide"-like in the simplicity of its conception.

Every prank played by the protagonist has a cruel kick to it. What does this book say about the savagery of comedy?

What it says is that Hobbes was right.

Last, Charles Portis’s 1968 novel about a late 19th century girl’s quest to avenge her father’s death in the old West. Tell us about the strange characters that inhabit "True Grit," why you picked it and what makes it so funny?

The narrative voice of that girl, Mattie Ross, is what makes this book such a standout, and the characterisation of “Rooster” Cogburn, her drunken yet surprisingly effective partner in her quest. As before, I have to demur by saying that describing why something is funny is a pretty good way of making it seem not funny. But I urge everyone who wants a good laugh to read it. Plus it’s very short – a good quality in a comic novel.

The critic Ron Rosenbaum called the author of "True Grit" “the most original, indescribable sui generis talent overlooked by literary culture in America”. Can you characterise Portis’s place in the pantheon of American comic writers?

In the introduction to the anthology I edited last year, "The 50 Funniest American Writers," I pointed out the futility, as it seemed to me, of ranking comic writers – or any artists for that matter – in any pantheon of any kind. The title of the anthology was a joke, something that people who skipped the introduction may have missed. So I’m going to stick with that and plead the Fifth here. I will say that Portis is becoming less and less overlooked as people discover his books. He’s wonderful.

According to Time magazine – and me – there is no one funnier in 140 characters than you. Is comedy in the Twittersphere different from being funny in other forums? What is Twitter doing for and to comedy?

On Twitter, it helps to be timely and concise. But that's nothing new. Mark Twain would have been great at Twitter. But if he had had Twitter he might never have gotten around to writing "Huckleberry Finn." Maybe that's what Twitter is doing to comedy – diverting our attention from longer forms into short bursts of funniness. Only time will tell whether this is a net gain or loss. I try not to think too much about it. It's a lot of fun right now.