It's true: Cities are meaner

Urbanites are viewed as selfish and unconcerned about others. Research proves it -- but for surprising reasons 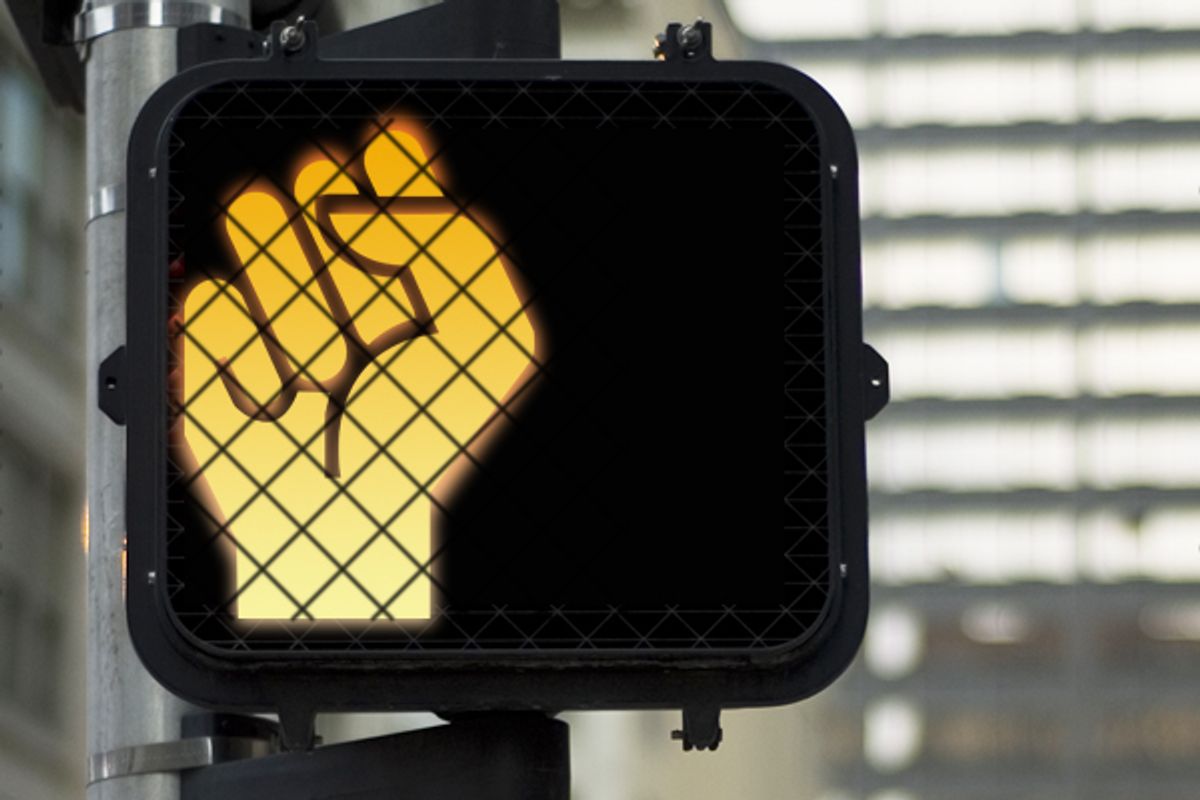 When Casey Neistat filmed himself trying to steal his own bike earlier this month, he was pretty sure that no one would try to stop him. "That comes from having five bikes stolen in New York," he says.

He was right. Dozens of pedestrians hurried by as he destroyed his bike lock with hacksaws and power tools on various busy sidewalks, seeming to confirm a stereotype about New Yorkers: "People are so busy that we keep our heads down and go to work," he says. "People are so caught up in their own (life) that they're not concerned with yours."

Are New Yorkers -- and city folk in general -- really so busy and self-absorbed that we have no concern for others? Do we lack a moral compass? Is Rick Santorum right? For more than 50 years, "urban psychologists" have been faking seizures, dropping cash and breaking into cars in broad daylight to see if strangers would intervene. They've discovered two things. One is that people in rural areas do indeed get involved more readily than urbanites. But they've also concluded that this has very little to do with morality.

The linchpin of this theory is the Bystander Effect, which suggests that our failure to react is caused by the urban environment. It was first established in 1968 after the notorious murder of Kitty Genovese, the young Queens woman who was killed while dozens of witnesses looked on. But in the decades since, our knowledge of the Bystander Effect has evolved even further. Now we can even predict which people -- in which cities -- are most likely to help out a stranger.

Psychologist Dr. Harold Takooshian sees strong evidence of the Bystander Effect in Neistat's bike-theft experiment. "When it comes to this fellow with the bike," he says, "there are several reasons the people don't intervene."

"The first is that they don't notice what's going on -- many people in the video simply don't seem to see him. We call that stimulus overload. People in cities are surrounded by much more stimuli, so they filter things out. The second is that they notice him, but what's happening is ambiguous, so they actively ignore it." In other words: Why would someone so brazenly steal a bike? There must be an innocent explanation. "The third is that people notice it, but they don't know what to do. And the fourth is fear -- they know they should do something, but they're afraid to challenge someone with a hacksaw."

"Apathy," concludes Dr. Takooshian, "is only a minor factor."

The first two possibilities, stimulus overload and ambiguity, are both influenced by density, a key indicator of whether people are likely to intervene. It's easy to understand why urban density leads to stimulus overload and might cause a passerby to miss something. But density -- specifically, a space dense with people -- heightens ambiguity too, in a very particular way.

"Say you're in a city, and it looks like someone is about to steal a bicycle," says Ervin Staub, author of "Overcoming Evil" and a professor of psychology at the University of Massachusetts-Amherst. "It's already a somewhat ambiguous situation. Maybe the person is trying to get their own bicycle. But it's made even more ambiguous because there are many other people around, all these potential helpers, and no one is taking action. That communicates something to you."

In short: If you see people acting like something is no big deal, you assume the same. It's the same reason comedy clubs hire professional laughers -- we act like the people around us. Staub describes an experiment he once conducted in which two people sit in a room, one of them secretly working for the psychologist. Suddenly there are shouts of distress from a neighboring room. If the psychologist's helper worries aloud that something is wrong, the subject goes to investigate "100 percent of the time." But if the helper says he thinks everything is probably fine, three out of four subjects will stay put.

Perhaps it's no surprise that the field of urban psychology was pioneered by Stanley Milgram, whose famous electrical shock experiments demonstrated how willing we are to take our cues from others. It's human nature to be wary of going against the norm. That's why the Bystander Effect varies so greatly from city to city -- if you're in a place where people are apt to intervene, you probably will too. And if you're not, you won't.

This fact was illustrated brilliantly in 2003 by Dr. Robert Levine, a professor of psychology at Cal State-Fresno, who spent six years studying people's willingness to help strangers in different cities. Levine's assistants dropped pens, faked injuries and feigned blindness from Los Angeles to Madrid to Singapore, and found that not only did the differences in intervention rates vary widely, they could even be predicted.

For instance, the five Spanish- and Portuguese-speaking cities that he studied all scored much higher than average on the intervention scale, and the top two were Rio de Janeiro and San Jose, Costa Rica. He consulted with Latin America experts and learned of the Spanish word "simpatico," a highly valued social quality that means, in part, a willingness to help others. The easiest way to show it? Public displays of assistance.

And even the pace at which people walked in a city turned out to be a strong indicator. New York, home of the speed walker, ranked almost dead last for strangers helping each other, and even when help was offered, it was usually terse and noncommittal. "During the dropped pen experiment, for example, helpful New Yorkers would typically call to the experimenter that he had dropped his pen, then quickly move on in the opposite direction."

David De Porte, a blind New Yorker who uses a cane, has lived in the city for decades. "I find that people in New York are very willing to help," he says -- even more so than in the suburbs. "People here are used to walking so they're more attuned to other pedestrians." In the suburbs, "It's a car culture, and they don't even seem to see other people."

As to who is most likely to stop and assist him, he has a ranking at the ready: first, the elderly, followed by other disabled people, then African-Americans and Hispanics, and finally, blue-collar workers, "like construction workers, though maybe that's because they're just standing around." Least likely? "Yuppies and young people," who he believes might be too preoccupied with their phones.

De Porte and I take a stroll around his neighborhood in downtown Manhattan, a busy area filled with starfish-shaped intersections and construction sites. (As we navigate these, I'm clearly more nervous than he is.) Within 10 minutes, De Porte, who walks slower than the prevailing pace, is sideswiped by two people: a tall guy with Club Monaco bags who yells "sorry" over his shoulder, and a woman in a hoodie who just power-walks on. Each time it happens De Porte has to stop and reorient himself. I'm horrified, but he takes it in stride. "See? He said sorry," he cheerfully reassures me.

I ask him to stand at an intersection to see if anyone will help him cross the street while I hang back and act like a smartphone-addicted yuppie. Within about half a minute, a young, artsy-looking woman tells him he's got the walk signal and can go. We do it again, and again, a middle-aged woman tells him when it's time to walk. Neither one of them escorts him across the street, which seems to confirm Dr. Levine's finding that New Yorkers are more likely to offer only a perfunctory form of help. But it could also be that they don't feel comfortable taking a stranger by the arm. Or maybe they think De Porte himself wouldn't be comfortable with that. During his study, one of Levine's assistants tried to help a blind New Yorker cross the street and was told, "When I want help, I'll ask for it. Mind your own business."

It's a classic urban paradox -- we live stacked on top of each other, but hurry into our apartments when we hear someone coming down the hallway. We want to be left alone in a crowd. In "The Experience of Living in Cities," the 1970 paper credited with launching the field of urban psychology, Stanley Milgram wrote about this peculiar form of antisocial urbanism. "Cities develop new norms of noninvolvement," he wrote. "These are so well-defined and so deeply a part of city life that they constitute the norms people are reluctant to violate. Men are actually embarrassed to give up a seat on the subway to an old woman; they mumble 'I was getting off anyway,' instead of making the gesture in a straightforward and gracious way."

As urbanites, we may not lack a moral compass, but our sense of direction is clear: We move forward almost instinctively, even when it makes more sense not to. It gets us where we're going, but we lose a lot of bikes in the process.