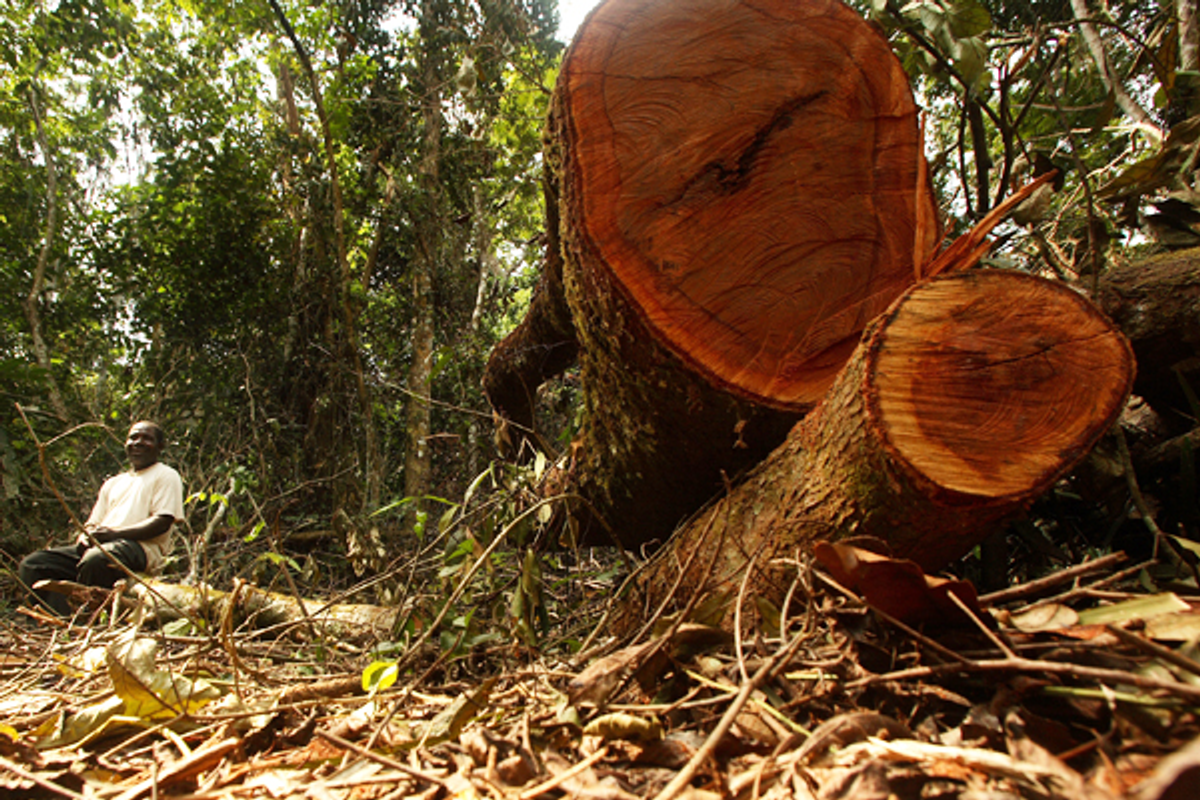 Every year, gangs and corrupt officials make $10 billion to $15 billion from illegal logging, according to a World Bank report released this week.

The bank says that around the world, an area the size of a football field is cleared by criminal loggers every two seconds. Some countries have successfully reduced illegal logging by prosecuting offenders. But more often than not, however, harvesters, construction workers and drivers are punished while the real profiteers retain impunity.

“Investigations — in the rare event that they do take place — are amateurish and inconclusive,” says the report. “And the few cases taken to court tend to be of trivial significance, prosecuting people whose involvement in crime is due to poverty and exploitation. Even fewer cases result in significant or serious penalties.”

Several countries in West Africa, along with Indonesia and Madagascar are affected, the BBC reports.

The bank says the practice also robs countries of about $5 billion in taxes worldwide, and threatens the economies and environments of some of the poorest areas in the world.

“These crimes … threaten biodiversity, increase carbon emissions, cause landslides, and undermine the resource-based livelihoods of rural peoples, with ringleaders and organized crime profiting at the expense of the poor,” says the report.

The bank recommends countries do more to prosecute illegal logging “masterminds” and corrupt authorities that facilitate the practice. It also says that international donors should fund programs that help governments strengthen their justice systems.

In 2009, the BBC reported that African forests are disappearing four times faster than in any other part of the world. Last year, Helen Gichohi, president of the African Wildlife Foundation said that deforestation in Africa is accelerating, according to the Environmental News Service.

"The disappearing forests, the overgrazed rangelands, and conversion to crop agriculture of grasslands and wetlands that had served as a refuge to drought, have all diminished the resilience of ecosystems," Gichohi said in a speech, according to ENS.