His net gain from his lopsided Louisiana win: maybe a few delegates 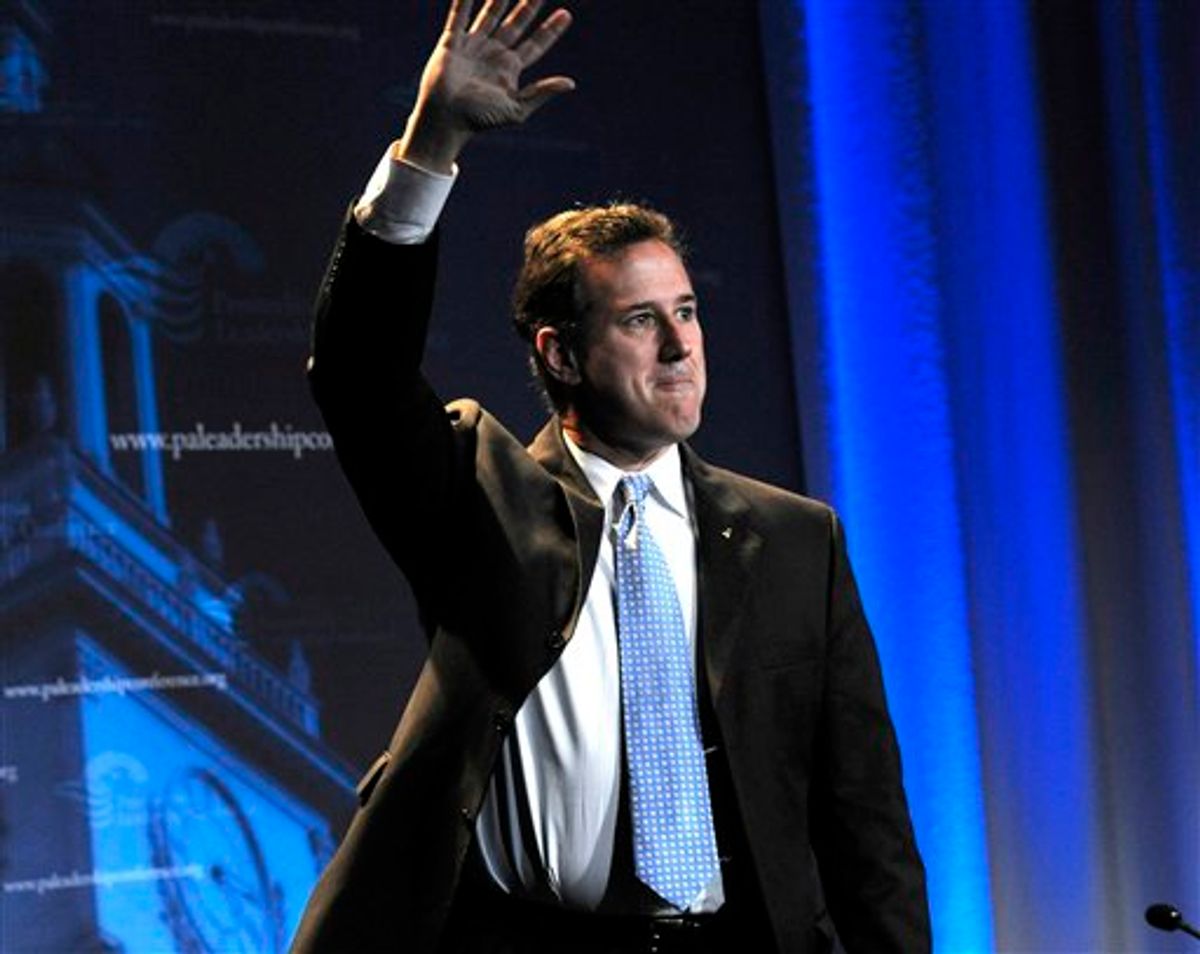 The victory Rick Santorum scored in Louisiana on Saturday night was not at all unexpected – but it was absolutely essential to his hopes of remaining relevant through the spring.

Demographically and culturally, the state was a good match for the former Pennsylvania senator, who’s emerged as the default choice of the southern white evangelicals who have continued to resist the Romney bandwagon in big numbers. Just like in 2008, when Mike Huckabee narrowly carried the state over John McCain, a majority of voters in Saturday’s primary identified themselves as evangelicals or born-again Christians. Romney has yet to win a primary or caucus when this has been the case.

There did seem to be a chance for Romney to reverse this trend and to score what would have amounted to a fatal psychological blow against Santorum. His solid win in Illinois on Tuesday week had heightened the sense of inevitability around his campaign. So had the endorsement he received on Wednesday from Jeb Bush, and the near-endorsement that Jim DeMint offered up on Thursday. More than ever before, it felt this week like the conservative establishment was finally relenting and preparing to embrace Romney as its guy. Capping it off with a win in demographically inhospitable Louisiana would have allowed Romney to declare the primary process over once and for all.

Instead, the voting patterns that have thwarted him in numerous other primaries and caucuses this year prevailed again. So Santorum’s campaign will go on, and with nearly a dozen states with GOP electorates similar to Louisiana’s remaining on the GOP calendar, he still has a chance to enjoy some more nights Saturday in the months ahead.

The question is whether this can possibly lead to anything but inevitable defeat for Santorum. Realistically, the answer is no. Because of his own demographic limitations and his campaign’s dramatically inferior organization, he entered Saturday hundreds of delegates behind Romney, needing to win about 70 percent of those yet to be apportioned in order to break the magic 1,144 mark. His net gain from Louisiana: maybe a few delegates.

Romney, by contrast, needs to win fewer than 50 percent of the remaining delegates to secure a majority, and he’s been winning them at more than a 50 percent clip so far. So even if Santorum wins the remaining states that are demographically suited to him, Romney should still be fine – plenty of states that are friendly to him have yet to vote as well.

But nothing is guaranteed until Romney actually reaches 1,144, and the math is dicey enough that he could be short when the primary season ends. That’s really the only chance Santorum now has, and even though it’s a longshot, it’s still alive thanks to Louisiana. Besides that, the only other theoretical path to the nomination for him is a completely unforeseen Romney meltdown – some kind of truly jarring development or scandal (something in a totally different league than the Etch A Sketch gaffe) that forces him out and leaves Santorum as the last man standing. To say this is a remote possibility is an extreme understatement.

Much more plausible is that Romney will score the definitive psychological victory he was denied Saturday night sometime in April. If Bush and DeMint and others like them continue to speak up for Romney and nudge Santorum (and Newt Gingrich) toward the exit, it figures to loosen the resistance of rank-and-file conservative voters. That would allow Romney  to break through the demographic ceilings that have bedeviled him, altering the basic math of upcoming GOP primaries and potentially allowing him to win in states that he’s not supposed to win. Really, Romney is just one away game victory away from shutting this whole thing down.

But that road to victory has been maddeningly elusive for him, and it continued to be on Saturday night.