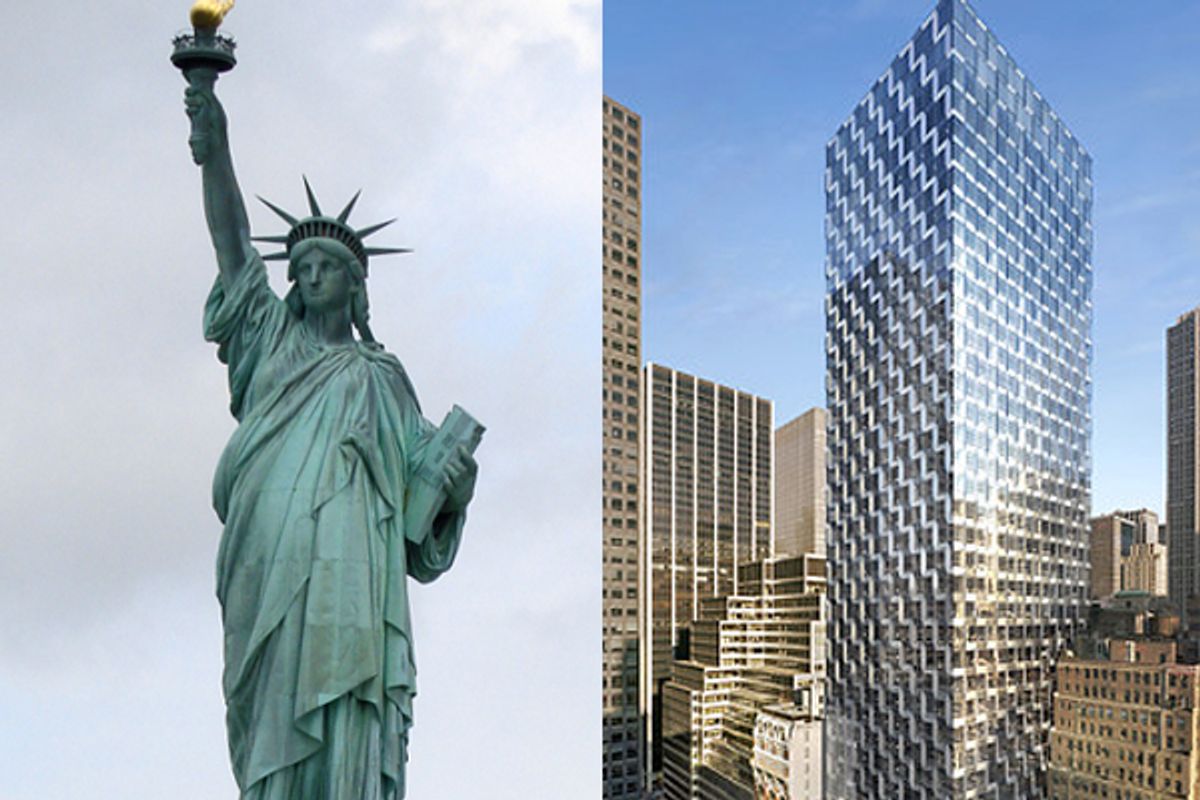 Should American citizenship be for sale? You may not be aware of it, but without any significant public debate, your elected representatives in Washington have already answered the question in the affirmative.

The government does not sell U.S. citizenship directly — yet.  But already it sells citizenship indirectly. Rich foreigners who put up a minimal amount of money in “investments” in the U.S. are permitted to buy green cards for themselves and their families, which permit them to apply after five years for the coveted privilege of American citizenship.

Here’s how it works. The EB-5 immigration program allows citizens of foreign countries who do not qualify for admission to the U.S. under any other immigration category (such as relatives of U.S. citizens or guest workers) to buy the right to live and work here by investing at least half a million dollars in the U.S. in a government-approved investment. If the investment lasts for two years, green cards authorizing legal permanent resident status are issued to the investors and their families. Up to 10,000 people a year can be admitted to the U.S. under the EB-5 program.

In a devastating new critique of this program published at the National Interest, David North, a former assistant to the U.S. secretary of labor, argues convincingly that the EB-5 inspector program is a terrible idea.

As North notes, the amount of money is an insignificant fraction of the amount of foreign investment in the U.S: “Another way to look at the scale is through the eyes of a serious venture capitalist, who would laugh at the prospect of seeking capital in tranches of half a million dollars.”

The approved investment is supposed to create at least 10 jobs, but as North observes, there is no plausible methodology for determining whether it does or not. And even if there were, federal immigration bureaucrats lack the skills or resources to determine what is a genuine investment and what is a scam designed to get an otherwise unqualified immigrant a visa.

Already the program has generated enough corruption to merit an expose in the New York Times: According to the Times, “developers and state officials [in New York] are stretching the rules to qualify projects for this foreign financing.”

These developers are often relying on gerrymandering techniques to create development zones that are supposedly in areas of high unemployment — and thus eligible for special concessions — but actually are in prosperous ones, according to federal and state records.

One of the more prominent projects is a 34-story glass tower in Manhattan that is to cost $750 million, one-fifth of which is to come from foreign investors seeking green cards. Called the International Gem Tower, it is rising near Fifth Avenue in the diamond district of Manhattan, one of the wealthiest areas in the country.

Yet through the selective use of census statistics, state officials have classified the area as one plagued by high unemployment, the federal and state records show. As a result, the developer has increased the project’s chances of attracting foreigners who will accept little, if any, return on their investment in the project if it means they can secure American visas for their families.

A cash-for-visas program that serves the interests of New York landlords, the politicians they own and foreign plutocrats who want to buy U.S. citizenship by way of green cards for themselves and their kin — as they might say in Manhattan, what’s not to like?

Allowing these “investors” and their relatives into the country reduces the number of slots for deserving immigrants whose energy and skills could offer a lot to America but don’t have half a million dollars to spare. North writes: “My sense is that the United States needs bright people more than relatively small chunks of short-term investments.”

Nobody would object to a program to encourage the kinds of immigrants who have contributed so much to the American economy in the past, including inventors like Alexander Graham Bell and Andrew Carnegie. But neither Bell nor Carnegie could have come up with the equivalent of half a million dollars when they first came to the U.S. The EB-5 is not a program for people who might make fortunes in America in the future on the basis of their own hard work and creativity. It is for foreign nationals who are already rich.

Where does the half-million dollars apiece of EB-5 investors come from, anyway? Ill-gotten wealth is not unknown in the U.S.; in large parts of the world, it is the norm. Should American visas be for sale to people who obtained their wealth abroad, not by hard individual work, but by inheritance, political connections or bribes? How does our republic benefit from giving first visas and then citizenship to Middle Eastern princelings, Latin American landlords and Russian oligarchs?

It is a sad reflection on the decline of the American republic that this squalid program for indirectly selling citizenship has bipartisan support. The Obama administration is even trying to streamline approval procedures to make it easier for foreign plutocrats to buy visas.

Here’s a project that the government ought to consider approving, as a vehicle for the EB-5 foreign investors program: removing the bronze plaque from the base of the Statue of Liberty that bears Emma Lazarus’ famous poem, “The New  Colossus.”

“Keep, ancient lands, your storied pomp!” cries she
With silent lips.  “Give me your tired, your poor,
Your huddled masses yearning to breathe free,
The wretched refuse of your teeming shore.
Send these, the homeless, tempest-tost to me,
I lift my lamp beside the golden door!”

The torch held up by Miss Liberty could be replaced by a flashing neon sign, paid for by a Russian oilman, Mexican oligarch or Saudi prince who wants to buy a handful of green cards for himself and his family: