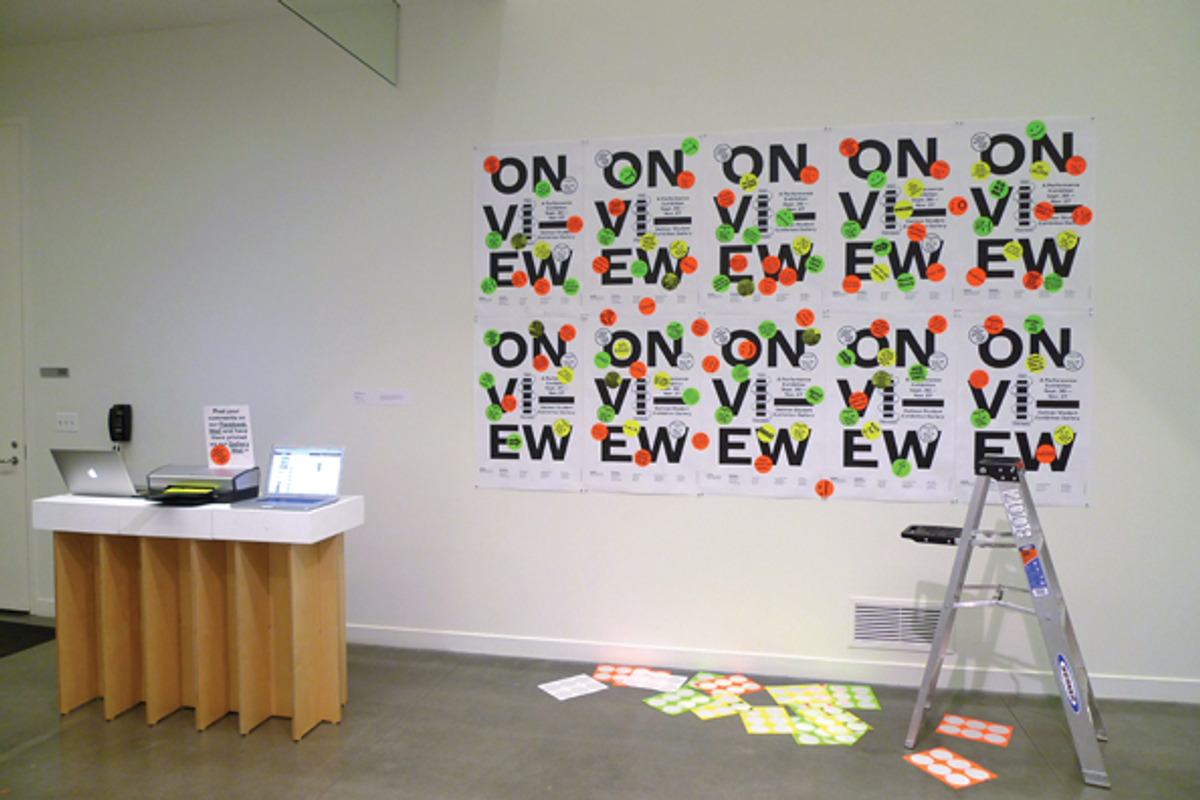 To be clear, Sang Mun is not a graphic designer. Speaking from his home in Providence, where he’s an undergraduate at the Rhode Island School of Design, he says, “I feel like a problem solver. I try not to restrict myself to the term ‘graphic design.’”

Mun is driven by an interest in language — its limitations, its fluidity and how it shapes design. Not coincidentally, he speaks a few of them. Born in South Korea, he grew up in Jakarta, Indonesia, before moving back to Seoul. After studying in Chicago in 2006, he returned to South Korea to serve his two-year mandatory term in the Korean Army. There, working with U.S. troops under the NSA, he learned yet another language: code. “It was intense,” he says. “I cannot really talk about the details of what I did there.”

Calling three countries home changed Mun. “There was this triple consciousness in what I did and what I wanted to do.” His work is characterized both by alienation and an ability to adapt. A piece called “Cultural Camouflage” layers torn bits of national imagery into digital banners. In another, he created a set of passports that open to reveal treatises on national identity.

Autobiography creeps into his work in other ways. Lancet Wounded, a typeface with bladelike details, was inspired by botched childhood surgeries to mend a broken arm. Yet Mun’s work is never self-indulgent. Phil Lubliner, for whom Mun interned in 2010 at Fogelson-Lubliner (since folded into Other Means), credits this to confidence.

“He’s able to take something that’s a little bit raw and unusual and leave it really simple,” Lubliner says. “It takes a really confident designer to be able to do that.”

Though he has one semester left in school, Mun speaks like a veteran, quoting Rem Koolhaas to describe his approach: “Our work is a battle against architecture with the tools of architecture.” Mun says, “I don’t want to restrict graphic design to creating commodities. I want to expand what it could be or what the word could mean.”