The "Trayvon Martin had it coming" narrative

Black men are treated as menaces every day. At 17, Trayvon may have done what most of us know we can't: Confront it 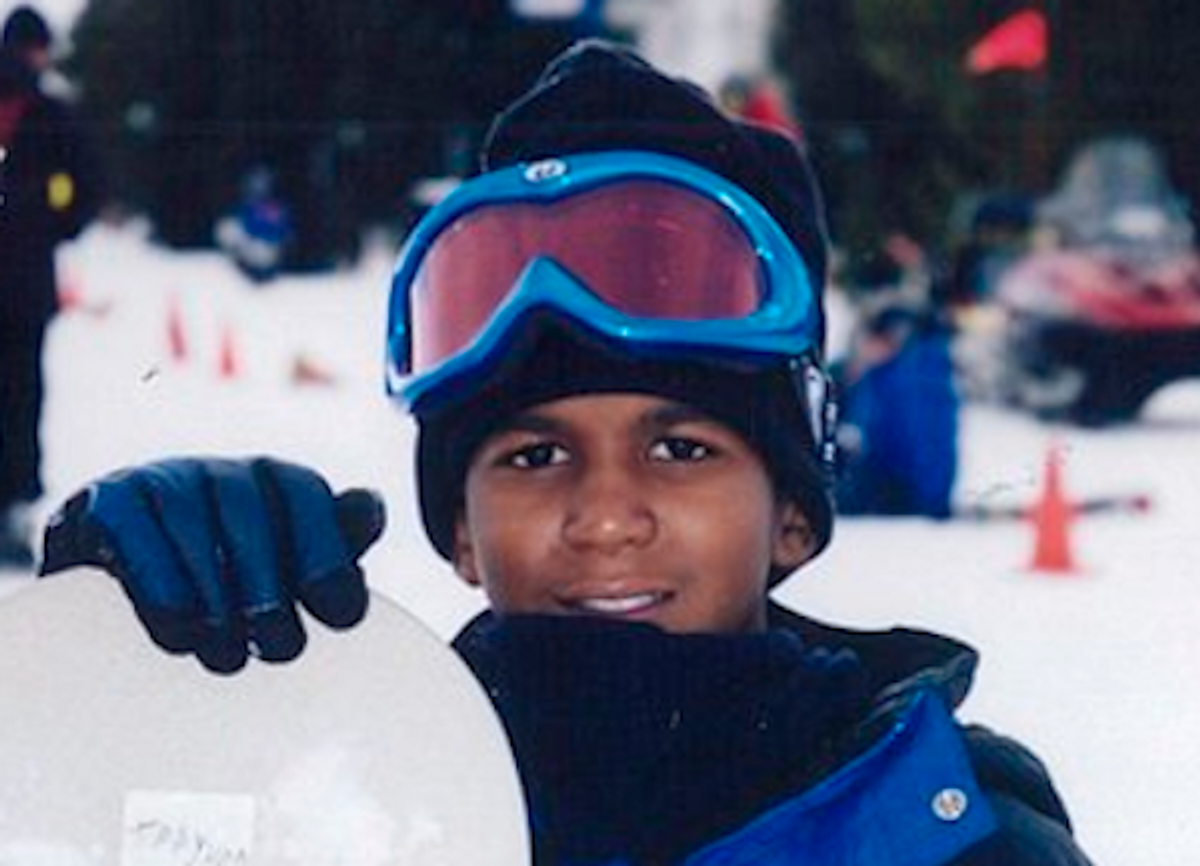 Trayvon Martin had it coming, or so we will soon be led to believe. The surely unattractive details of his short life as a black man in America will tumble forward—his troubles in school, the weed baggie that got him suspended, the altercation in which police and George Zimmerman claim he was the aggressor. He was a maladjusted, Negro man-child, so ferocious he could kill an armed man with his bare hands. He had to die.

On Monday, local law enforcement offered a preview of this old, familiar narrative when someone leaked Zimmerman’s account of the night to the Orlando Sentinel. According to the Sentinel, Zimmerman had given up his hunt of Martin and was returning to his SUV when the 17-year-old caught him by surprise. Do you have a problem, Martin is said to have asked, before answering for himself, “Well, you do now.” He reportedly began pummelling Zimmerman, leading the armed man to shoot and kill.

Sadly, it’s necessary to point out that there isn’t an imaginable scenario in which an armed man can shoot an unarmed child to death and it be okay. But set that obvious fact to the side. Trayvon Martin did in fact have it coming. He was born black and male in the United States and was thus marked for death. The cruelness of our economy and of our criminal justice system isn’t reserved for men or for black people. But there is a particularly gendered and particularly racist way in which black men are set upon in this country, most acutely those who don’t have the resources to push back. And it has a very long, still relevant history.

For the entirety of American history—from the first African captured and enslaved to the moment Geraldo Rivera opened his mouth to pimp Martin’s death for ratings—black men have been relentlessly caricatured as menaces to society. We were dangerous, so chattel slavery was necessary, and a nation’s wealth was born. We are still dangerous, so a police state is necessary in black neighborhoods all over this country, and the wealth of a prison-industrial complex flourishes. This is what Trayvon Martin’s murder is about. It’s not about his high school suspension. It’s not about his hoodie. It’s not even about Florida’s Kill at Will law, at least not at root. It’s about the enduring, dark fantasies to which America still clings, in order to justify a society in which more black men are locked up or on parole today than were enslaved in 1850—to pick just one of many indicators of the scale at which black men are battered. But we’re menaces; we’ve got it coming.

As black men, we’ve all got our strategies for dealing with the resulting morass of fear and loathing that we must navigate every day. Few of those tricks are healthy, unfortunately. Some work themselves to an early death in a vain effort to disprove the fantasy of their sloth and ignorance—see under, John Henry, Harold Washington, my father. Some fight and fight and fight until they can’t take it, then get the hell out—see under, DuBois, Baldwin, Ture. Most of us just duck and dodge the emotional bullets, try not to let the inevitable wounds fester into self-hate and do our best to keep it moving.

The strategies aren’t always heroic, either. Some black men go mad in pursuit of the self-reliance and individual will that’s supposed to save them, and end up like a bleary eyed, permanently angry Clarence Thomas. A troubling many just give up and become the Baby Boy that too many black mothers, sisters and lovers spend their lives propping up and excusing. Some say screw it and go all Bigger Thomas, doing their best to pantomime the monster that haunts America’s twisted fantasies. I’m more of a Langston Hughes than Richard Wright guy myself, but after hearing the cops’ leaked bile on Monday I found myself re-reading “Native Son,” and relating.

Trayvon Martin was just 17, and maybe he hadn’t yet put together his own strategy for dealing with life as the object of America’s nightmares. So when he found himself being stalked down a dark street, having just been suspended for a crime that his middle class white peers laugh about, perhaps he improvised. He doubled back on white supremacy and tried to catch it off guard with a mixture of Nat Turner and N.W.A. You got a problem? Well, now you do. That got him killed. But you know what Trayvon? I feel you. At least you came at the problem head on.

If Zimmerman and the cops are to be believed, Martin did what so many of us know we can’t. Like when someone asks if it’s safe in your neighborhood, and you want to reply, sure, expect for the white women we keep as sex slaves. Or when the school counselor says your kid has an anger problem and special needs. Or when the cop tells you to quit loitering on your own damn block. You got a problem? Well, now you do.

That was Trayvon Martin’s approach. Hey, he was just a kid. He hadn’t learned the subtle art of disarming the racism that can come flying at you when you’re walking home from the store. The fact that the racism in this instance came flying from a Latino man isn’t relevant. Martin’s killer could’ve been black and it wouldn’t change the circumstances. All of us live in a country in which black men are defined as pariahs. All of us consume that message in ways both overt and implicit and, on some level, far too many of us use it to excuse the brutality we can see all around us.

Like I said, Trayvon Martin was marked for death already, statistically at least. As a black infant, he was more than twice as likely to die as his white peers. In his teens, he was at least one and a half times as likely to meet an early death as his white peers. Homicide is the leading cause of death for black men his age, and comes at a rate many times every other racial or ethnic group. If he had reached his 20s, he had a 1 in 8 chance of going to prison, because that empty bag of marijuana he had at school would have meant something very different for him than it does for the middle class white kids who use drugs at higher rates. He’d have gone on to live in a country in which nearly 4 in 10 black children live in poverty, in which 1 in 4 black households lack food security.

The fact is the U.S. often seems like it’s built to kill black people. This is not to say racism is equally lethal today as it was even a single generation ago. But it is to say that the same set of deeply ingrained ideas about what black people have coming to us justified the brutality of yesterday and today alike. And one particular manifestation of those ideas routinely leads to the early death of men like Amadou Diallo and Sean Bell and Oscar Grant and Trayvon Martin.

Of course, this violent manifestation of white supremacy is not visited upon black male bodies alone. Indeed, as Tea Party candidates like Nevada’s Sharron Angle reminded us in the past election cycle, we must very much begin to see Latinos in the same way—lurking, dangerous, illegal. Fear and loathe them. If you encounter them on a dark street be ready to go to arms. And so Latino men have a lengthening gruesome roll call, too.

Surely all these people have done something to bring the murder, the poverty, the brutality down upon themselves! That’s America’s unique twist on systemic oppression. We cage people, then call them animals. We starve people, then jibe them for being malnourished. We write laws that allow people to gun down unarmed children and then make the child the aggressor. And so now Trayvon Martin will be all manner of sinner—a pothead, a dropout, a ne’er-do-well with a temper problem who had it coming. But what he will indisputably be is dead, like too many before him and surely many after him. He had it coming, as a black man in America.

Kai Wright is a reporting fellow with The Investigative Fund at The Nation Institute.