Whatever happened to Ron Paul? He just isn't that popular 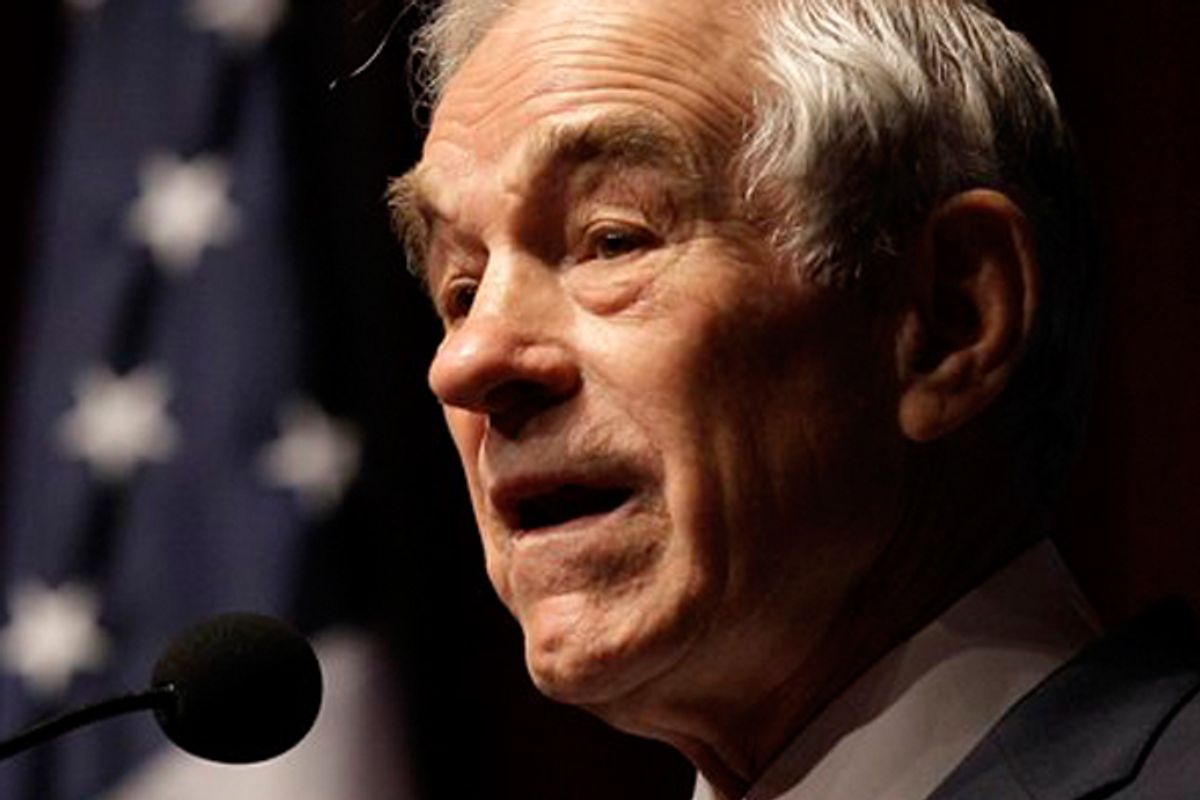 Whatever happened to Ron Paul?

He, uh... well, this happened to him: He is running for president still but he hasn't won any primaries. He has 50 delegates. The end.

But how did that happen? How did Ron Paul not win all the primaries and the delegates, after he raised a bunch of money and had big rallies?

His strategists are searching for answers, and one may be that many who turned up for his rallies were less eager to take part in Republican primaries or argue Mr. Paul’s case at Republican caucuses.

Even Mr. Paul cannot entirely explain why the passion he generated, especially among young people and those his campaign identified as motivated supporters, did not translate into more votes.

“I don’t have a full answer for that,” says Mr. Paul, who says he believes ballot irregularities have chipped into his numbers in some places. He adds, “I think there’s some problem with always making sure this energy is translated into getting to the polls.”

Hm, "ballot irregularities," that probably explains coming in third or fourth over and over again.

Or maybe, and just hear me out here, maybe Ron Paul has always been a niche candidate with a small but incredibly vocal base of support? Maybe the rallies full of thousands of college students represented essentially the entirety of his following and not just the most committed element? Maybe a cantankerous lifelong congressman who combines a steadfast antiwar position with long-discredited crank monetary ideas was never actually remotely likely to come close to winning the Republican nomination? (And his history of embracing racist white populism probably hurt him with "independents," besides the racist independents.)

Maybe, maybe, most of America actually doesn't care for Ron Paul or his ideas!

I dunno. That or ballot irregularities. One of the two.

It is true that Ron Paul has slightly underperformed in areas where he expected to do much better, and the reasons for that are still up for debate -- it certainly doesn't help that a certain political party has made "making it difficult or at least inconvenient for young people to vote" one of its central electoral strategies -- but there is no great mystery to Ron Paul's failure to have more of an impact in the Republican nomination fight. When the campaign wonders how it could possibly receive only 100 more votes in a given county than it had rally attendees, they should perhaps consider than all of the area's Ron Paul supporters attended the rally.

A poll commissioned by the libertarian and Paul-sympathetic Reason Foundation says in a three-way race Ron Paul would receive around 17 percent of the vote, which would be around Ross Perot's 1992 showing, and is almost certainly higher than his vote total would be in reality. And Obama polls better against Paul, beating him 47 percent to 37 percent in a two-man race, than he does against Romney alone.

So that's whatever happened to Ron Paul.