Where are Zimmerman's injuries? 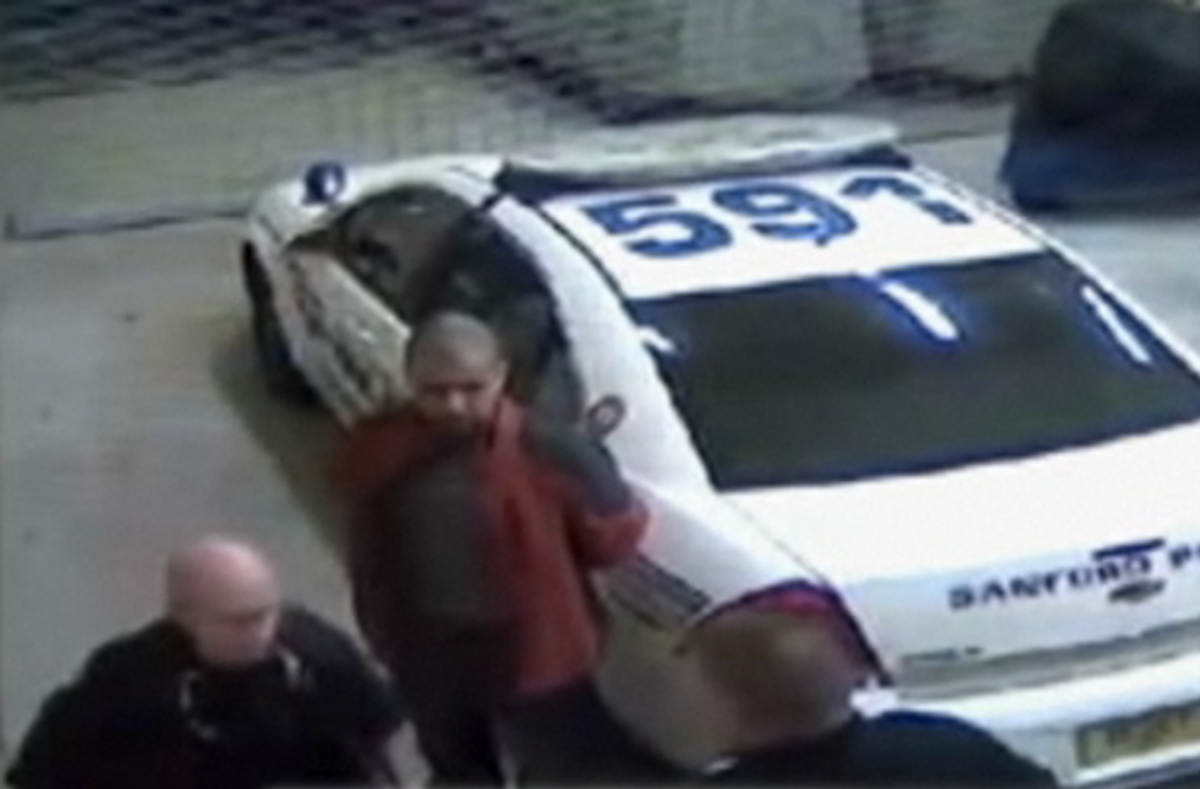 In a newly released police video, George Zimmerman, the man who killed Trayvon Martin, does not appear to have any of the injuries that he reportedly received from the 17-year-old Martin before he shot him, according to the Associated Press.

The Orlando Sentinel reported Monday that police officials said that Martin "decked the Neighborhood Watch volunteer who eventually shot and killed the unarmed 17-year-old, then Trayvon climbed on top of George Zimmerman and slammed his head into the sidewalk, leaving him bloody and battered."

The AP said, "Zimmerman's attorney, Craig Sonner, has said in more than one interview that his client's nose was broken during the fight with Martin."

The paper continued, "That is the account Zimmerman gave police, and much of it has been corroborated by witnesses, authorities say. There have been no reports that a witness saw the initial punch Zimmerman told police about."

Zimmerman's attorney said the head wound, allegedly from Martin bashing his killer's head into the sidewalk, "probably was serious enough for stitches, but he waited too long for treatment so the wound was already healing." There is no blood visible in the police tape.

Martin's family attorney Ben Crump said the video was "icing on the cake" that supported the family's claim that Zimmerman was the aggresor.

See the video obtained by ABC News below.