Once a bastion of fiscal conservatism and social tolerance, the GOP's war on women has infected the state House 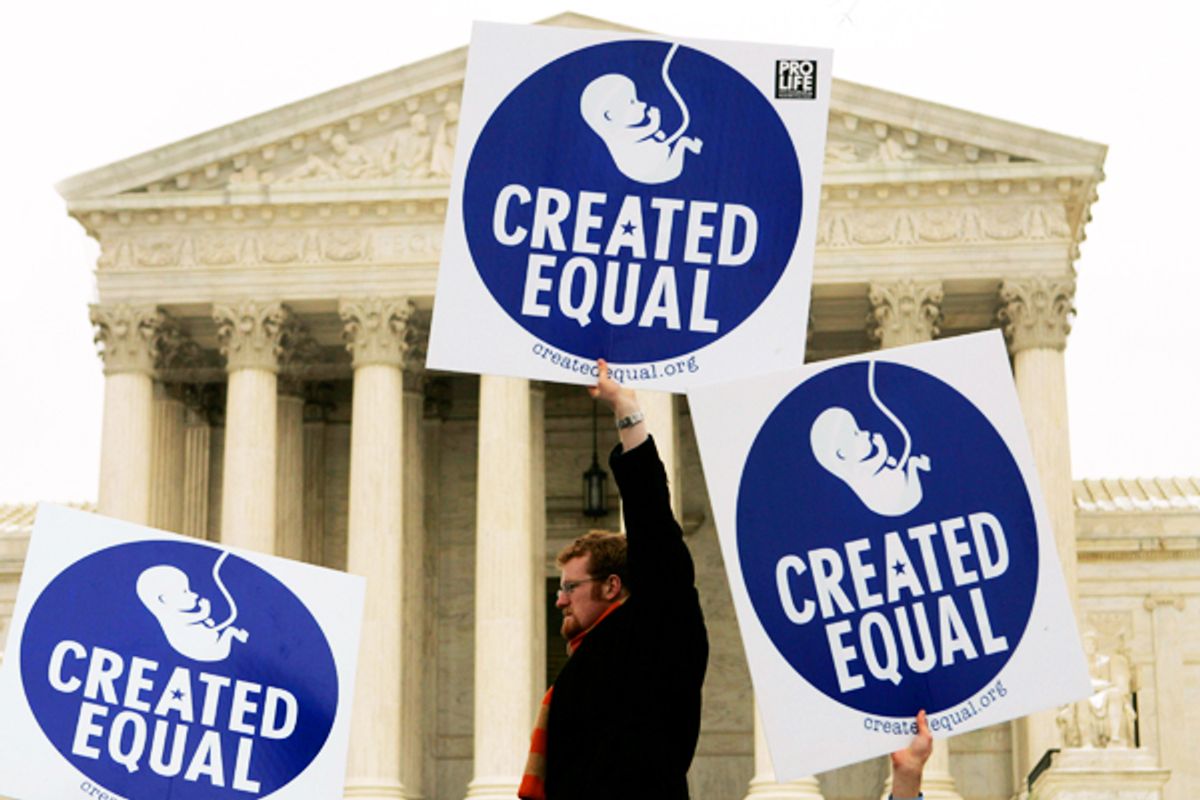 New Hampshire is supposed to be a libertarian state relatively unconcerned by "social issues," so what is its House doing passing eight bills restricting abortion and contraception access? As atypical as New Hampshire politics can be in the U.S., what's unfolding there is typical of what the 2010 Republican wave actually achieved. Even as the state's GOP relents in its fight against gay marriage, it's waging an unprecedented assault on women's rights, some of it arguably unconstitutional. Their efforts are a sign of how wholeheartedly the Republican Party, despite its 2010 rhetoric on the economy, has taken up its war on women, even in places you wouldn't expect it.

"We haven't seen activity around this since Roe v. Wade," Jennifer Frizzell, senior policy advisor for Planned Parenthood of Northern New England, told me. "New Hampshire Republicans had a long tradition of keeping out government intrusion in the practice of medicine."

New Hampshire has had a Republican-dominated Legislature for most of the past few decades, but in 2010, a new class came in, dominating the House (and to a lesser extent the Senate). The old Republicans preferred fiscal issues to regulating abortion.  The exception was a parental consent law, parts of which the Supreme Court found unconstitutional in 2005. After the Democrats briefly took over both the Legislature and the governor's mansion in 2006, it was repealed.

This Legislature brought it back and overrode the Democratic governor's veto, and then introduced 10 more reproductive rights-restricting bills, eight of which passed -- if you're counting, eight times as many as in the last nearly 40 years. That's consistent with what happened nationally after the Republican victories of 2010: In all 50 states, "legislators introduced more than 1,100 reproductive health and rights-related provisions, a sharp increase from the 950 introduced in 2010. By year’s end, 135 of these provisions had been enacted in 36 states, an increase from the 89 enacted in 2010 and the 77 enacted in 2009," according to Guttmacher. In New Hampshire, many of the new representatives were specifically recruited by outside groups who wanted to repeal New Hampshire's gay marriage law. Failing at that, they've evidently decided to focus their energies on abortion and contraception instead. So much for the Tea Party's economic agenda.

New Hampshire's Senate has been more cautious; it hasn't introduced any such bills, and it may yet refuse to send them to the governor. (The House is also famously enormous, with over 400 members.) And that governor, John Lynch, is pro-choice; his press secretary has said,  "The governor believes these are about healthcare decisions between a woman and her doctor. He doesn't think state government should get involved. That's the principle he'll use reviewing these bills should they reach his desk." But that's no reason to be complacent about the bills that the House has passed in recent days.

They include a Texas-style ban denying public funding for women's health services to organizations like Planned Parenthood for providing abortions -- which the federal government has repeatedly pointed out is illegal -- and a new 24-hour waiting period that would include scientifically inaccurate counseling specifically intended to talk the woman out of her decision. (The bill's main sponsor was bald about the bill's origins: "This is model legislation from Americans for Life," she said. "Does abortion increase the risk of breast cancer? It depends on the study [you believe]." That is, only if you believe studies that the National Cancer Institute has pointed out are definitively debunked.)

Another troubling bill, similar to one passed in seven states, bans abortions after 20 weeks on the scientifically and constitutionally suspect claim that that's when fetuses begin to feel pain. These abortions are exceedingly rare, but the current Supreme Court framework is that states can't put an undue burden on women seeking abortion before viability, which is several weeks later than 20 weeks. This is exactly the type of legislation that anti-choice incrementalists hope to get before the Supreme Court, where they have reason to believe Justice Anthony Kennedy will be sympathetic to their evidence-free claims. That's likely why pro-choice litigants haven't challenged any of these bans despite their unconstitutionality. Which leaves only one sure way to prevent these sorts of restrictions: electing officials who won't pass them in the first place.