Why the GOP distrusts science 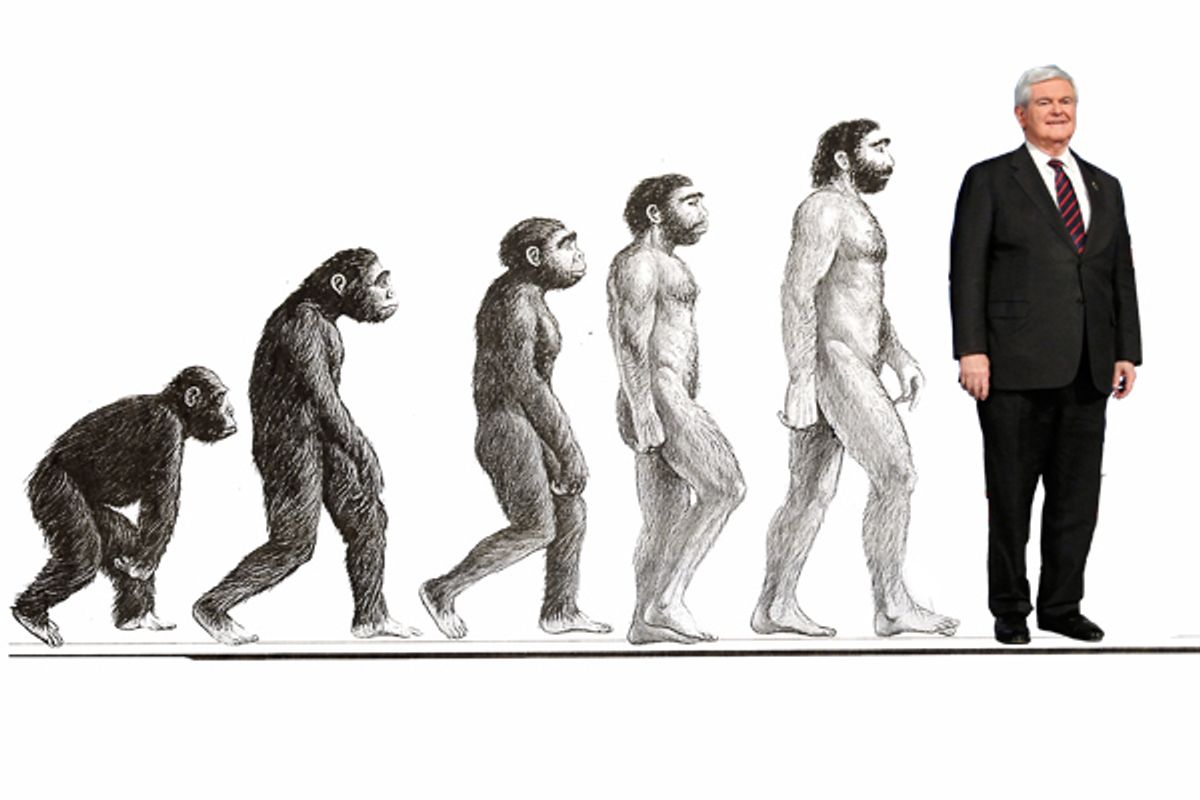 For a long time, those of us who monitor the troubled relationship between science and the American public had at least one thing we could feel good about. And that was knowing that while we might argue endlessly over global warming or the teaching of evolution, at the end of the day Americans in general still expressed strong confidence — strong trust — in the institution of science and its leaders. Spats over a handful of divisive issues didn’t seem to have soured them on science across the board.

The evidence for this came in the form of polling data from the General Social Survey, which for decades has asked people to rate their level of confidence in the leaders of a variety of institutions. Even at a time of declining trust in institutions in general, science always seemed to fare pretty well by this metric. “In 2008, more Americans expressed a ‘great deal’ of confidence in scientific leaders than in the leaders of any other institution except the military,” noted the National Science Foundation’s 2010 “Science and Engineering Indicators” report, which serves as a clearinghouse for these sorts of public opinion findings.

Last week, however, such claims seemed to all but fall apart.

In a new study published in the American Sociological Review, Gordon Gauchat of the University of North Carolina-Chapel Hill analyzed responses to this “confidence in institutions” question — which  has been asked since 1974 — based on the political ideology of the respondents. And in doing so, he found that confidence in the scientific community had declined quite dramatically among self-described U.S. political conservatives. This downward trend in the data, says Gauchat, had previously been hidden by “not breaking out the political part of it” — by treating all Americans as a uniform group.

And not only did Gauchat find that, from 1974 to 2010, conservatives marched away from the scientific community. He also found, quite disturbingly, that this had a surprising and paradoxical relationship with their levels of education. It turns out that it was the educated conservatives who became the most distrusting of science over time — a phenomenon that I have called the “smart idiot” effect, and that likely reflects their higher level of political knowledge and engagement. Liberals, in contrast, remained relatively uniform in their trust in science over the period.

In one sense, I suppose I should be gratified by these results: Gauchat explicitly set out to test the thesis of my 2005 book "The Republican War on Science," and writes that his results provide “strong evidence” in my favor. (Not that this is the sort of thing that you want to be right about.) But how do we explain this occurrence — this big move, by conservatives, away from science?

Just as I did in "Republican War," Gauchat points the finger at the rise of the “New Right” as a political movement in the 1960s and 1970s. He underscores how upstart conservatives generated their own alternative sources of expertise — in other words, created their own version of reality, scientific and otherwise — at think tanks like the Heritage Foundation and Cato Institute. The goal was to hit back against liberal academia, as well as the intellectuals and scientists who worked there.

At the same time, conservatives also forged an alternative media universe — centered on Fox News and Rush Limbaugh’s radio show — where scientists often fell under attack on a key set of politicized issues like global warming, evolution, embryonic stem cell research, and many others.

The idea, then, is that conservatives came to define the worlds of science and academia as a liberal domain that was biased against them — one they had to actively combat by generating their own sources of “counter-expertise.” And naturally, this led to decreased trust in scientists and their institutions, especially among the most politically attuned conservatives, who were most familiar with the nature of these battles, and tracked them most closely.

Sounds plausible enough -- but is that the full story?

There’s no doubt it’s partly true; but in recent years, I’ve come to question whether it is a complete account. In particular, in my new book, "The Republican Brain," I emphasize that beyond such surface-level political and sociological explanations, we also have to examine the powerful sub-surface psychological determinants of political behavior. Really, you need both types of explanations, combined, before you can understand many political phenomena.

In a psychological sense, there are many reasons to think that self-described political conservatives today are just different people than they were in 1974 — more rigid, more closed-minded. Consider, for instance, the work of political scientists Marc Hetherington of Vanderbilt and Jonathan Weiler, also of the University of North Carolina Chapel Hill. In their 2009 book "Authoritarianism and Polarization in American Politics," Hetherington and Weiler show that the U.S. became not only more politically divided, but also more psychologically divided, during the time period in question.

The chief catalyst for this development was Nixon’s infamous “Southern Strategy” and the rise of an array of “culture war” issues during the 1960s and 1970s. As a result of these forces, Hetherington and Weiler explain, a group of people called “authoritarians” -- a generally conservative personality type characterized by cognitive rigidity, viewing the world in black-and-white terms, and holding fixed beliefs, often fundamentalist Christian ones -- became much more strongly clustered in the Republican Party, and the conservative movement, than they had been previously.

In other words, the “conservatives” analyzed in Gauchat’s study seem to have changed psychological identities over time.  According to Weiler, “those self-identifying as conservative have been increasingly likely to be authoritarians over the past generation.”

This occurred for a number of reasons, Weiler explains. Concerted attacks on “liberalism” pushed working-class whites — once supportive of the New Deal — away from embracing that label; instead, the term came to be more associated with the civil rights struggle, and later, with women’s rights and gay rights. At the same time, the political mobilization of conservative Christians — many of them authoritarians -- helped draw a much stronger linkage between calling oneself a “conservative” and embracing religious fundamentalism. “As liberalism and conservatism came to be redefined,” explains Weiler, “authoritarians had reason to gravitate much more readily toward one ideological camp, and one political party.”

So under this theory, it’s not just that movement conservatives built think tanks that allowed for an end-run around scientific expertise. And it’s not just that they constantly attacked academia, where liberals and scientists were clustered. It’s also that people inclined to view the world in black and white terms increasingly came to call themselves “conservative” in the first place.

How does psychological authoritarianism set the stage for a distrust of science? If you see the world in an authoritarian way, then you’re more likely to dismiss your ideological opponents (scientists or otherwise) without compromise — to define them as an out-group, an “other.” At the same time, you’re also less likely to appreciate the nuanced, measured style of thinking and writing that is so typical of scientists (and for that matter, liberals). It just won’t feel right to you. Authoritarians are known for their intolerance of uncertainty; yet uncertainty is the lifeblood of science.

And indeed, if you look at the Tea Party today — a highly authoritarian group of people, according to Hetherington and Weiler -- this is exactly what you see. Take the issue of global warming. Not only do Tea Partyers dismiss the overwhelming body of science showing that humans are causing it; polling data also show they’re confident they don’t need any more information about the issue. They’re not just wrong, then; it’s considerably worse than that. They’re wrong and also sure of themselves.

It is important to acknowledge that authoritarianism refers to a psychological trait or disposition, not an explicit ideology. At least theoretically, it’s content neutral. So it’s conceivable that in a very different political context, authoritarians might well have lined up behind science, rather than against it. That would be an odd political case, though; especially in a democracy, it’s not very likely that authoritarianism and science will get along very well together, any more than that authoritarianism and liberalism will go together. They’re just such deeply opposed ways of thinking — and being. You could argue that the clash between science and authoritarianism dates all the way back to the time of Galileo, if not farther.

Gauchat’s findings are the farthest thing from heartening — especially when combined with Hetherington and Weiler’s. But together, they do give us an opportunity to examine the root causes of the ideological war on science now being prosecuted by political conservatives in the U.S. You can’t begin to address a problem until you find its source. And in this case — as in so many others -- that source appears to lie in both politics and also psychology, combined.