Planned Parenthood turns down the bad boy's $500,000. Here's why, and what he should really do 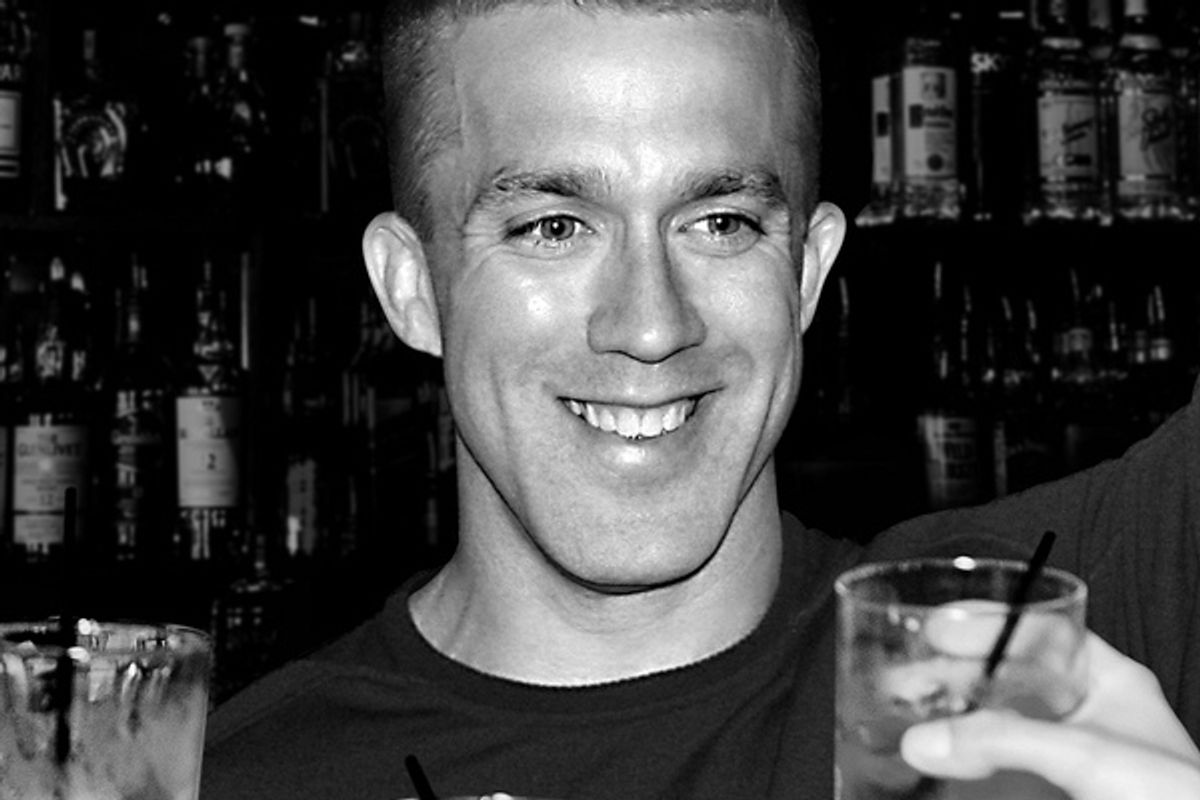 At first, I wasn't sure what I thought of the news today that Planned Parenthood had turned down a half-million-dollar donation from Tucker Max. Sure, it was a transparent bid to burnish the reputation of a man who appears to have made millions on douchery, but hey, Michael Bloomberg did it too, and the money was going to a good cause -- especially in Texas, which just punished low-income women by defunding Planned Parenthood.

But as Jill Filipovic persuasively pointed out at Feministe, Planned Parenthood made the right call in (eventually, and somewhat clumsily) turning down Max, who wanted a clinic named after him in exchange for the donation. "In order to accomplish their mission, Planned Parenthood needs to not open themselves up to further politicization and marginalization," she wrote. "They’re already under attack from the GOP for doing nothing other than providing health care to women... [Taking] unnecessary risks can mean that the organization ceases to exist. That impedes their mission a hell of a lot more than not having an additional $500,000." And that was before Max's charming tweets about Planned Parenthood resurfaced: "Planned Parenthood would be cooler if it was a giant flight of stairs, w/someone pushing girls down, like a water park slide #FF @PPact" from last July, and just a month ago, "In South Florida. This place is awful. Shitty design, slutty whores & no culture, like a giant Planned Parenthood waiting room." Today, after his media strategist Ryan Holiday blogged about the Planned Parenthood rejection at Forbes, Max hastily deleted the tweets. (Update: Max appears to have deleted the recent South Florida tweet, but not the one from last summer.)

When I tweeted a link to Filipovic's piece and suggested Max donate anonymously, Holiday, whom I met recently at a party in Austin, emailed me in response, "You know they didn't even suggest doing an anonymous donation instead. It was a complete rejection. Not to say that's an option we would have gone with, donors often have conditions for their donations and naming rights is pretty standard. The money went elsewhere (Wounded Warrior foundation, etc)." He copied Max, whom I'd met at the same party.

I responded, "Hi guys! You already know I don't think Tucker should be shunned and stoned. (Although that may because I haven't read his books.) I just think you shouldn't be surprised when what is transparently a publicity stunt in at-best-mixed-faith is met as such. As Jill point out, Planned Parenthood has enough to deal with -- I would add that they already get tarred as enabling bad male behavior and even abuse (which I think is ridiculous for all sorts of reasons, but I don't have to do their jobs). Of course donors have conditions for their donations, but I think this particular set of conditions would have benefited Tucker more than it would, in the long term, benefit women who need health care." I was referring to the fact that one of the right's favorite smears of Planned Parenthood is that it allegedly providing cover to boorish and/or abusive men who don't have to suffer the "consequences" of their behavior -- that was the entire point of the James O'Keefe fake pimp sting. "Also," I added, "What's up with deleting Tucker's PP tweet, while we're chatting?"

Holiday replied, "That's all well and good, but real clinics in Texas (3 I think) shut down between the time of this offer and the article. Does anyone really believe that a CLOSED clinic is better for women than one named after Tucker Max? Don't know about Tucker's tweet though. Is that true?" I sent him some links, and that was the last I heard. Max will presumably go back to his cozy life and Planned Parenthood will get back to fighting for its existence and ability to provide care for low-income women.

There is something nostalgic about rage at Max, to be honest. Misogyny is misogyny whether in pop culture or politics, and yet in this age of emboldened Republican attacks on women for just using birth control, so-called "fratire" seems like small fish to fry, and also like feeding the trolls. And even Max seems tired of his own shtick, according to a New Yorker article last month, suggesting that Max had reformed his ways and was no longer interested in living out the "dick lit" fantasies that made him rich. Meanwhile, feminist discussions about sex and "hookup culture," which was the subject of my brief encounter with Max at a party in Austin a few weeks ago, are ever more complicated.

In the years Max's books were prominent in the culture, I had no interest in reading them nor any professional obligation to do so. But I had read a blog post he wrote about Karen Owen, the Duke student and author of a PowerPoint presentation about the male athletes she'd slept with; while at Jezebel, I'd published her PowerPoint (names and faces blurred) along with an interview with her, shortly before she essentially went into hiding. Owen was swiftly called the female Tucker Max, and Max's own agent eagerly wrote to me agreeing. Eventually, the actual Tucker Max weighed in -- for some reason, the link to it on his site isn't working, so I can't revisit it, but I remember it being a curiously compassionate defense of her, if full of ungracious asides and stereotyping. (Update: Here it is.) I knew I was supposed to dislike what he stood for, but compared to Megyn Kelly's mean-girl concern trolling, a more typical response, it was downright refreshing. And at least it was honest.

Everyone had claimed we'd set Owen up as a feminist hero, I told hm, and others saw her as a cautionary tale of girls trying to act like boys and getting bruised in the process. I'd thought she was neither; she was a young woman entitled to experiment and make her own mistakes on her terms, and she was only bruised by the publicity. (Unlike Max, who courted fame, she refused all further promotional offers.)

Not long afterward, "The Joy Behar Show" asked if someone at Jezebel would "debate" Max about this photo of college kids having sex on a roof in public view. Since they apparently wanted someone to righteously oppose "hookup culture" as being automatically bad for women and girls, which none of us believed, the request was declined. Probably a good thing, since it would have made very dull television if there'd been general agreement on this Max statement on the show: "Young men do stupid things and young women do stupid things. It's part of how you learn." When I brought this up to Max at the party, he lamented that we had missed the chance to gang up on the faux-concerned anchor, something I suddenly felt relieved to have missed.

After yet another round of hand-wringing, this time purportedly liberal, over whether young women are being fooled by feminism into giving away bad sex with feckless men in denial of their true nurturing natures, acknowledging that both men and women are human beings who have a range of feelings about sex and can fuck up (with sometimes painful, sometimes accidentally wonderful results) on their way to learning how to be better human beings also seemed pretty important. As it happens, Planned Parenthood's basic philosophy is respecting the sexual choices made by its patients and giving them a range of care without judgment and coercion.

Maybe Max regrets his own mistakes, and has learned from them. It still doesn't mean Planned Parenthood should name a clinic after him. Especially since it sounds like he still has a lot to learn.