Growing up, I thought it was cool to shun technology. Now, at 33, that attitude is ruining my life 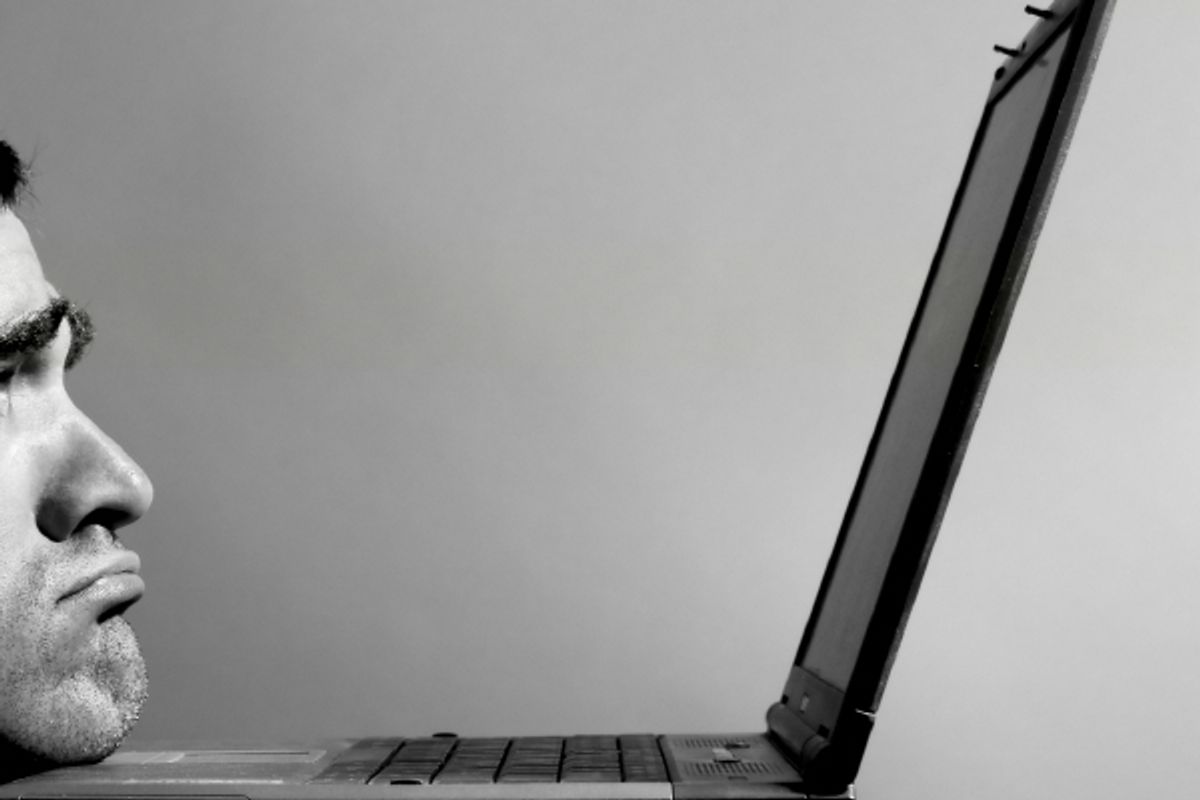 I was having a cigarette with a 23-year-old bartender named Marty when we started talking about social media.

“I just use Facebook to meet up with friends or to know what’s happening next week,” he said. “My parents and older people abuse Facebook. They put too much out there.” Like a lot of young adults, Marty doesn't have much use for email, though he uses it with his cousins “as a way to tell longer, more involved stories, mostly about how out of it our parents are.”

I'm considered part of Marty's generation, despite our 10-year age difference. But the only common ground we had in that conversation was the Phillies and smoking a cigarette in the parking lot of a bar. When it comes to technology, I might as well be his granddad.

Born in 1978, I’m a millennial in name only. I’m really a Luddite. I don’t get technology, and for a long time I tried to convince myself I didn’t want to get it. My view on the latest cyber advances was lack of interest and occasionally hostility. I imagined that this rejection marked me as an iconoclast or a rugged individualist. A real man listens to Led Zeppelin and doesn’t listen to Led Zeppelin on iTunes -- that sort of thing. Now, thanks to that mulishness and vanity, I feel like a clamshell of a man, outdated and struggling to communicate with the rest of my cohorts’ fancy smartphones. At the age of 33, I've been left behind.

Technology wasn’t a big part of my family life growing up. In the '90s, my friends would rip on me because the only movie machine we owned was a Betamax, and because I called it a “movie machine.” There were no video games in my house. I watched the evolution from Atari to PlayStation from the living rooms and dens of friends, and while those friends were comfortable transitioning from "Mario" and "Street Fighter" to "Call of Duty" and "Grand Theft Auto," I silently struggled to make the shapes move in "Tetris." As a defense mechanism, I decided video games were just another waste of time, and the upgrades in graphics and complexity were a hustle to get people's money.

In high school, I couldn’t afford a beeper like most of my friends, so I made jokes about how they were for wannabe drug dealers, even though I have probably been described by several people as a wannabe drug dealer (including my kids).

Every technological advance that followed was met with a similar attitude. From Friendster to PDAs, iPods to Facebook, I avoided dialing up or jacking in like my jean jacket and Marlboros depended on it. It was an image cultivated to look cool. But now the only image I’m left with is a deeply uncool one. I’m missing out on cultural conversations. I’m missing out on music and videos. I'm missing out on ideas that can be fired around the globe at the speed of thought. I’m missing out on social change that's been enabled from Tahrir Square to Zuccotti Park. I’ve never even seen an Angry Bird. I’m like the club guy who wakes up one morning in his mid 30s with a cocaine nose, an overdue rent notice slipped under his door, and a clump of hair on his pillow and realizes he may have missed something bigger than a good party. Actually, I’m worse than that guy, because he probably knows how to use an iPhone.

I hoped all this stuff would go the way of my beloved Betamax Movie Machine, that the tech would crumble and disappear before I did. However, it is becoming clear to me that the exact opposite is happening. Little by little, I have been forced to enter the world I sneered at for so long. I am increasingly dependent on that world -- for my employment and my future, and it is painfully clear how little control I have in that world. It makes me feel old and out of touch. Worse, it makes me feel powerless to contribute to the financial life of my family unless I can do the one thing I swore off: actually learn to use it.

But I worry that I'm too far gone. You can't teach an old dog new apps. For my last birthday, I got an iPod. It didn’t even come with directions; everyone just knows how to use them now. (Everyone except me.) My wife patiently explained how to make it work, but no matter how many times she showed me how to construct a playlist or transfer music I couldn’t make it function in the way I wanted it to, or the way I thought it was supposed to. It was too small and its inner workings too mysterious and complicated. I simply gave up after a month. It's been gathering dust on a shelf ever since. Even if I could figure out technology, I don't trust myself with it. Twitter? With my poor judgment, neuroses and lack of impulse control?

The truth is that all the beepers and cellphones and video game systems and VHS (and DVD) “movie machines” weren’t the vain consumerist crap I pretended they were. They weren’t the passing fads of the bourgeois. They were the foundation of a language that almost everyone in my generation has learned to speak and one that younger members of our cohort were simply born knowing. It’s the language of adaptability, of being so willing to learn and discover a new device that you never need directions to it. All of this stuff was about communicating. With each other. With machines big and small. With people in other countries. Come to think of it, communication was never my strong suit, either.

One of the first phrases you learn in a new language is “Where’s the bathroom.” It’s a necessary question should you ever find yourself in a foreign land, and it could be argued that the intimacy of the query is automatically endearing or at least leaves an impression. I have a friend (several years older than I am) who has something on his phone that tells him where the nearest public bathroom is. Meanwhile, the fanciest thing my phone can do is text, and I only started doing that last year. So here I am, a grown man, feeling like I’m in a foreign land -- with a wife, two kids, a mortgage and a job that depends on my ability to connect with people and make myself understood, and I just realized I don’t have the technocabulary to ask where the bathroom is. Maybe it's time I learned.