Activists are running for seats in the same statehouses they occupied. Will the movement get behind them? 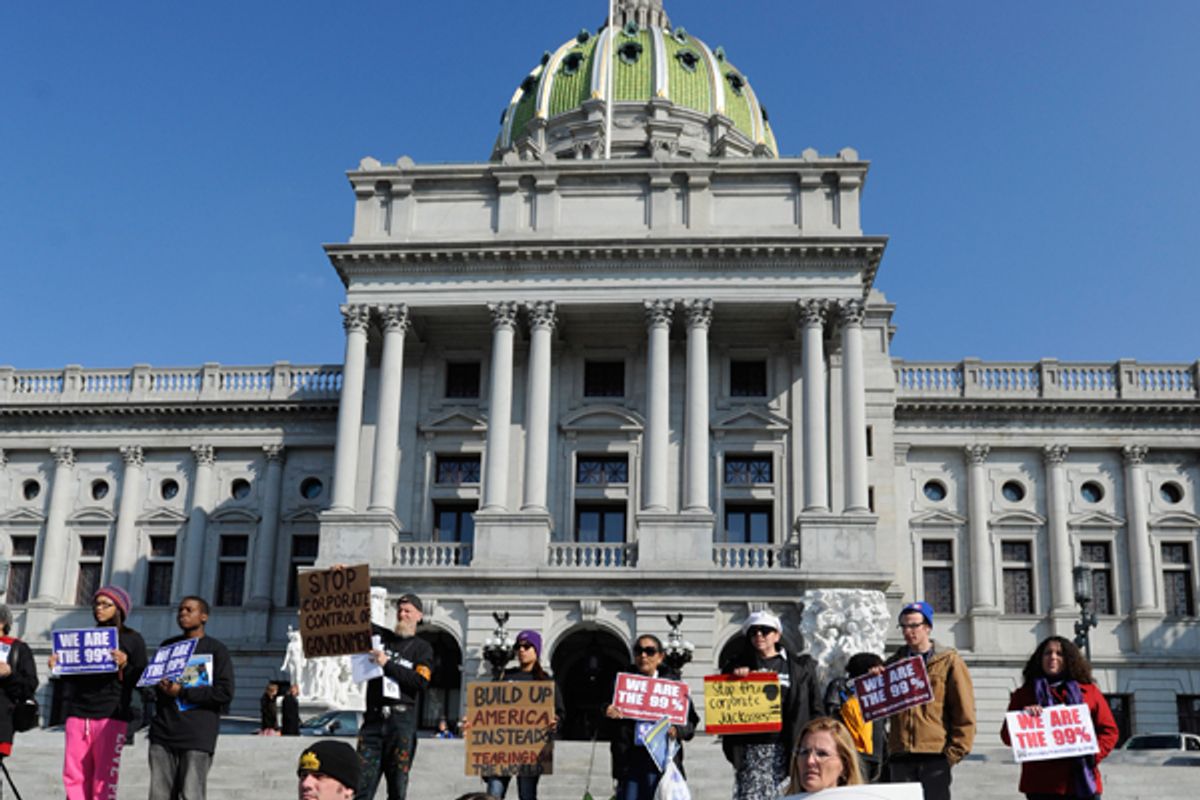 When Walid Hakim helped convince a judge that police wrongfully evicted him and other Occupy Columbia protesters from the South Carolina statehouse grounds in November, a prominent local blogger declared that the local movement finally had “a leader.” Occupy Columbia was miffed. “This is NOT the case!” the group fumed in a statement. “Occupy Columbia is and always will be a LEADERLESS movement. Contact them and DEMAND a rewrite!!!”

Hakim supported the angry declaration, which is why it’s a surprise that he’s now running for a seat in the very statehouse he occupied last year. For any other political movement, running a candidate for office would be a natural progression. But this is Occupy, which touts its reflexive opposition to authority and hierarchy. And yet, as the movement matures some of its brightest activists are turning their ambitions to the very institutions they set out to oppose. “In order to change the system, we have to change it from within,” says Hakim, who announced his run last Friday.

He is one of the first candidates from the Occupy movement, joining a small handful of others who camped out in New York City’s Zuccotti Park and town squares across the country. Most notably, there’s Nathan Kleinman, a former Democratic political operative running for Congress in Pennsylvania, and former MoveOn.org organzier Ilya Sheyman, who ran for a congressional seat in Illinois but lost last month. And there will likely be many more soon. The Candidate Project, a collaboration between many progressive grass-roots organizations, has the ambitious goal of eventually recruiting 500,000 progressive candidates for local elections, many of whom align themselves with Occupy. The goal for this election is 2,012 candidates -- a figure it has rocketed past.

In many ways, Hakim is an ideal candidate from the Occupy movement. A former Marine from a long line of military men, he’s articulate and savvy, with long wavy hair and a blue blazer over a collarless shirt. While he’s not exactly a political creature, Hakim is experienced -- serving as vice chairman of a state-empaneled community relations board -- and pragmatic in a way that’s refreshing from a movement that can feel shrill.

The first vote Hakim cast was for Republican George H.W. Bush in 1992, and he later served as the executive director of the South Carolina Libertarian Party -- that is, until he resigned and publicly rebuked the party. People had told him libertarians didn’t care about the poor, and after ruminating on the policy goals he was pushing, he couldn’t help but agree. He joined Occupy Columbia on day one and was arrested with 18 others during the eviction -- substantial movement bona fides.

“Occupy is not left or right, it is American, it is human rights,” Hakim told Salon. But it’s not clear if Occupy wants a candidate, no matter how qualified.

“Should Occupy get involved in electoral politics?” That was the question that kicked off a panel on the issue held Tuesday in Washington, part of a week-long national Occupy forum. The resounding answer from the small group of activists gathered at the Quaker Meeting House: “No.” “I don’t see any opportunity inside electoral politics,” said activist Kevin Zeese.

Mark Naison, a professor at Fordham University who both studies and participates in the Occupy movement, agrees. “The electoral process is very, very vulnerable to being corrupted by the power of big money,” he told Salon in a telephone interview. “So, for the moment, you have a better chance of changing things from the outside.”

Not surprisingly, some of Hakim’s strongest supporters are conflicted about his candidacy’s meaning to the Occupy movement. Occupy Columbia organizer Melissa Harmon, who is involved in Hakim’s campaign and says she thinks he “would do an amazing job,” said she hopes electoral politics is “not the future of Occupy.” “This system that we’re working within is corrupt to the point that it will only corrupt individuals that go into it.”

Asked if she thought Hakim himself would ultimately be corrupted, she paused, hesitantly, before saying, “I think all politicians will, because I think they don’t have a choice … They have to run for office. To run for office, you have to raise money.” She continued, “With time, I think that that does change people.”

Hakim, clearly, has a different view. “This is just another medium [for change],” he says, though he’s quick to note, “I’m not running as an Occupy candidate. I want to make that very clear.” In standard political speak, he explains that he wants to represent all his potential constituents.

Indeed, Hakim’s platform, while perhaps radically progressive by South Carolina standards, is hardly the kind of fundamental transformation that many Occupiers hope for. His main goals are to expand services for veterans --  many of whom he noticed appearing among the homeless that his encampment fed -- provide state funding for two years of college to all residents, and make the tax system more fair. Laudable progressive goals, but not revolution.

Sheyman, took a similar approach in Illinois. He announced his campaign before the Occupy movement began and ran in the vein of Howard Dean in 2004: an insurgent who would nonetheless have worked within the system. It wasn't enough, however, to boost him over the establishment pick, Brad Schneider, in last month's Democratic primary. Kleinman, whose campaign grew out of Occupy, ran into similar trouble in Pennsylvania. He didn’t make the ballot after he was unable to collect enough signatures and is now running as a write-in candidate.

And therein lies the problem. To be a part of the political system means forgoing overthrowing the system and playing by its rules. It means accepting the value of incrementalism and appealing to moderates -- two things that are mutually exclusive with radical revolution.

Perhaps, a little over a year after he was kicked off the statehouse grounds by the wrong end of a billy club, Hakim will have a seat in the statehouse and look out at the Occupy movement outside, keeping him honest.