The real-life inspirations for "Game of Thrones" 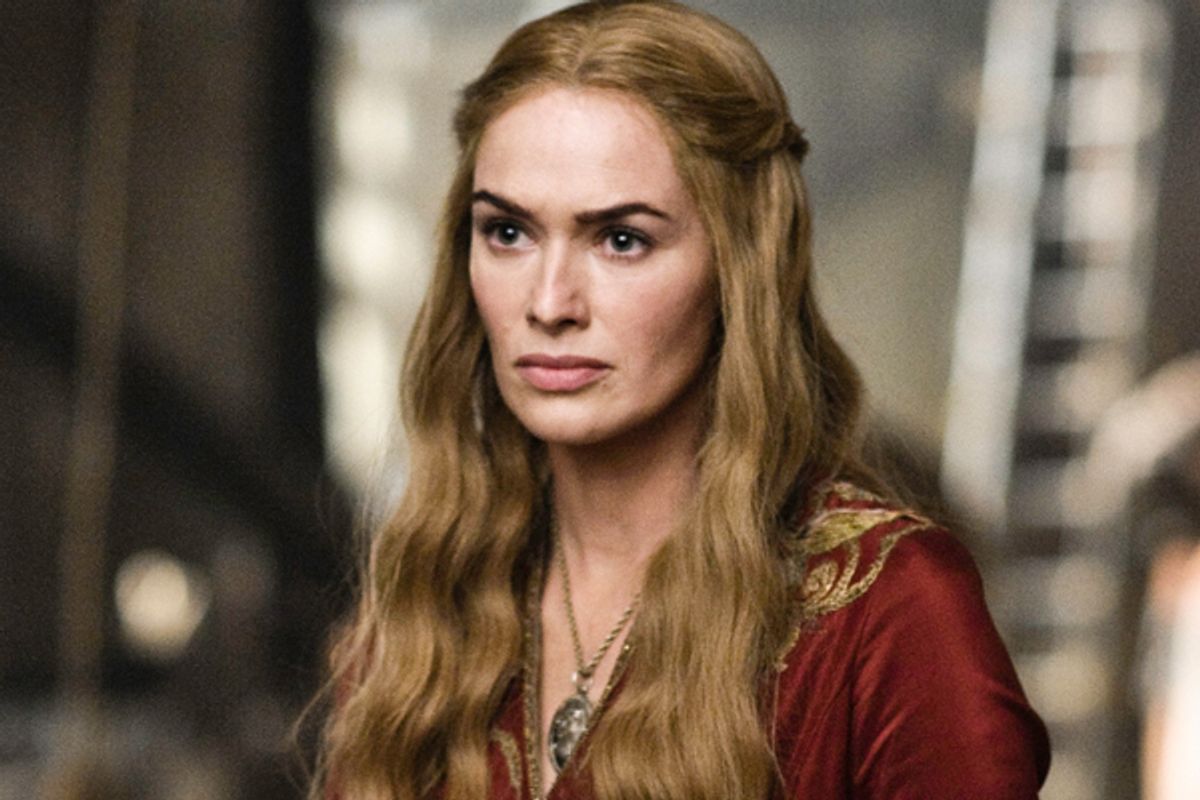 Lena Headey in "Game of Thrones"
--

Yes, "Game of Thrones" has dragons and ice zombies and giant clairvoyant wolves, but for every viewer (or reader) who climbed onto George R.R. Martin's epic fantasy bandwagon for the magical stuff, I suspect there are two of us who are in it for the palace intrigue. Velvet sleeves concealing jewel-encrusted daggers, scheming eunuchs with networks of spies, parvenue commoners outwitting the supercilious aristos and totally, utterly ruthless power plays -- what's not to love?

Martin has always maintained that he's been influenced at least as much by history and historical fiction as by the traditional epic fantasy of writers like J.R.R. Tolkien. Aficionados know that his novels (collectively called "A Song of Ice and Fire") are loosely based on the Wars of the Roses, a vicious series of battles of succession that took place in 15th-century England. Martin has also listed Maurice Druon and Thomas B. Costain as models, two mid-20th-century historical novelists who wrote about medieval France, and you can see echoes of that material in his fictional universe, as well.

It would probably surprise several generations of British schoolchildren to learn that the dynastic politics of the late 1400s could be transformed into anything coherent, let alone entertaining. ("It's worse than the Wars of the Roses!" Lucy Pevensie cries in dismay when someone tries to explain a particularly complicated bit of Narnian history in "Prince Caspian." She speaks for many.) This, however, hasn't kept many novelists and historians from trying.

It's not that there aren't fabulous characters and nefarious doings in the Wars of the Roses -- Secret marriages! Mad monarchs! Vanishing princes! This is a story that concludes with one of the players being drowned in a barrel of wine, after all. But keeping the Wars' family trees, convoluted legalistic arguments and perpetually shifting allegiances straight is enough to give anyone a headache. It certainly doesn't help that all the male principles seem to have the same three names (Henry, Richard or Edward) or that they are forever gaining or losing and then gaining again the titles that serve to distinguish them from one another.

For fans who wish to investigate further into the real-life inspirations for Martin's characters, one of the most lucid popular histories of the conflict is Alison Weir's "The Wars of the Roses" (originally published as "Lancaster and York"). Some of Martin's references to the Wars are easy to pick up. For example, the two dueling clans in "Game of Thrones," the Lannisters and the Starks, have names that resemble those of the two sides in the Wars of the Roses. Like the Yorks, the Starks are northerners, while the Lannisters, like the Lancasters, are famously rich.

Both English families were branches of the House of Plantagenet who vied for the throne after the deposition of the last Plantagenet king, Richard II, in 1399 and before the establishment of the Tudor dynasty in 1485. There's no one-to-one correspondence between the characters in "Game of Thrones" and actual historical figures, but Martin was clearly inspired by Edward IV in creating, say, Robert Baratheon, the great, strapping warrior who became a stout, ailing king. There's a dash of Edward, too, in Rob Stark, a brilliant commander who makes an impetuous, disadvantageous marriage.

Cersei Lannister, Robert's ambitious, conniving widow, is thought by many to have been inspired by the hot-headed Margaret of Anjou, wife of Henry VI, the king Edward IV helped depose. Henry's bouts of insanity left him frequently unable to rule, and Margaret, a leading Lancastrian, fought ferociously against those she saw as threatening her family's hold on the crown. Historians view her as a prime driver in the Wars of the Roses, just as Cersei is substantively responsible for the War of the Five Kings in "A Clash of Kings." Cersei also resembles Isabella of France, an earlier medieval English queen, who conspired with her adulterous lover to dethrone, and possibly to murder, her (bisexual) husband, Edward II, in the 1300s.

Cersei is a crude, incompetent politician, however, which cannot be said of Isabella. Although unpopular in England, where she was nicknamed "the She-wolf of France," Isabella has acquired some sympathizers over the years, including the indefatigable Alison Weir, who wrote a contrarian biography of her in 2006, "Queen Isabella: Treachery, Adultery, and Murder in Medieval England." Weir has also written novels about various women in the Tudor era, no doubt aspiring to the success of Philippa Gregory, whose romantic historical novels routinely land on the New York Times Bestseller List.

For her own part, Gregory has already published three books in a series set during the Wars of the Roses, "The Cousins' War" (an apt title, given the intricate blood relationships among the many combatants). The most recent of these, "The Lady of the Rivers," may even be infused with enough magical elements to appeal to some "Game of Thrones" readers: In it, the character of Jacquetta, Duchess of Bedford, possesses psychic abilities (the real duchess was tried for witchcraft by her political enemies) and is initiated into the mysteries of alchemy by her first husband. For those who prefer a more grounded view, Gregory collaborated with two historians, David Baldwin and Michael Jones, on a nonfiction book, "The Women of the Cousins' War: The Duchess, the Queen, and the King's Mother," published last year.

You may have noticed that most of these books are about women, despite the fact that, with very few exceptions, the women of the Middle Ages had little power. Much of today's popular historical fiction about the rulers of the Middle Ages is read by women who are primarily interested in the lives and problems of women. Since the historical record contains next to no information on this topic, fiction has stepped in to fill the breach.

Another, more manly, popular contemporary historical novelist, Bernard Cornwell, has set a series of novels, "The Grail Quest," during a slightly earlier period. His hero, an archer named Thomas of Hookton who gets caught up in the Hundred Years' War, is an entirely fictional commoner in search of that fabled relic. What Cornwell's novels lack in historically based, Machiavellian aristocrats they make up for in action-packed, blood-soaked battle scenes.

For the ultimate in medieval scuttlebutt, however, you can't do better than Barbara Tuchman's prizewinning 1978 history, "A Distant Mirror: The Calamitous 14th Century." This account of the Hundred Years' War centers around the life of a French nobleman who married an Englishwoman, but it's more expansive than any novel, taking in such fascinating details as the bizarre fashion for long-toed shoes in court (so long, they had to be tied up with strings and were inveighed against by puritanical clergymen) to the legendarily brutal rampages of British mercenary John Hawkwood through Italy. If you really want to know how the peasants fared while their rulers skirmished, the peculiar challenges of sewage-management in a stone castle, what the real agenda was behind the Crusades, or just how dastardly the highborn and royal can behave when it suits them, then look no further.