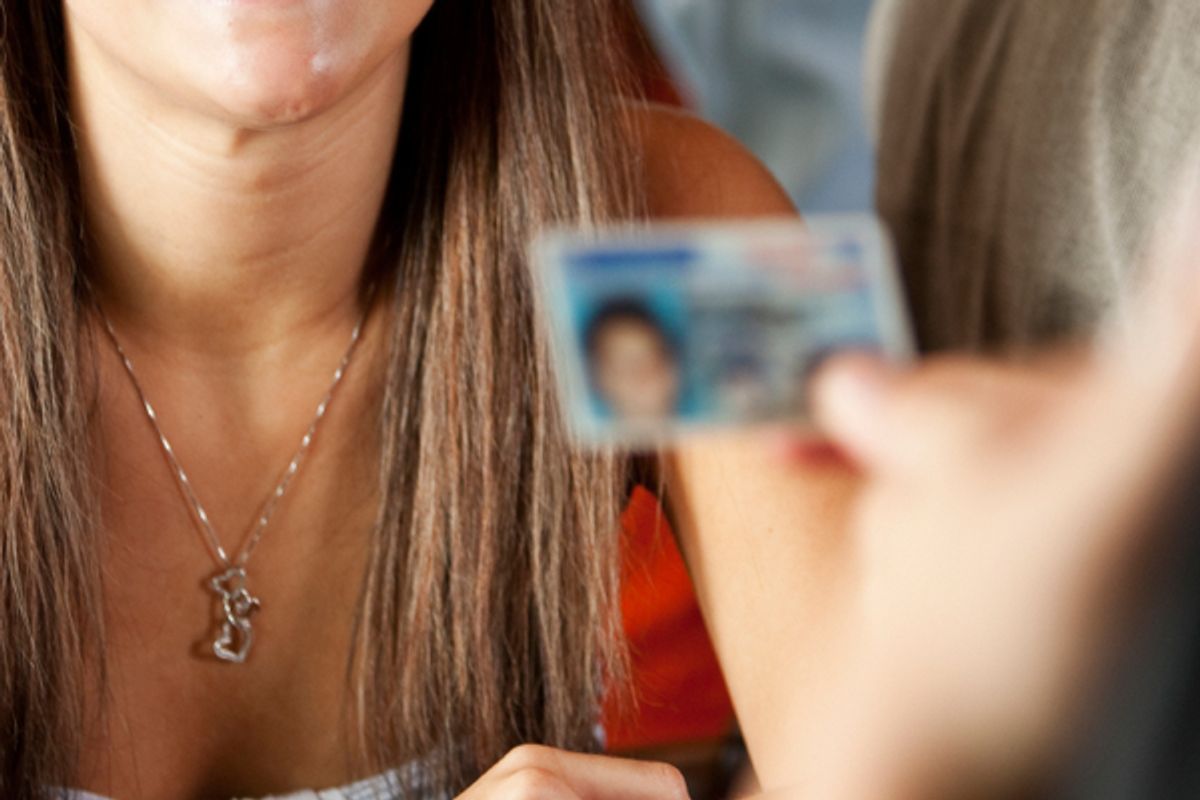 A new law in Washington state is being heralded this week as the latest successful strike in the war against child sex traffickers. What isn't getting any coverage is what the law actually does and what it will mean in practice -- as well as the question of how effective it will be in screening out child traffickers.

The New York Times described it as "a bill that would require sites within the state to obtain documentation that escorts advertised there are at least 18" -- but it's a bit more complicated than that. (It's almost always more complicated than stated when it comes to sex trafficking.) The law makes it a Class C felony for anyone to advertise "commercial sexual abuse of a minor if he or she knowingly publishes, disseminates, or displays, or causes directly or indirectly, to be published, disseminated, or displayed, any advertisement for a commercial sex act, which is to take place in the state of Washington and that includes the depiction of a minor." That applies equally to pimps as it does to an online classified site like the controversial Backpage.com.

But the law does provide one defense: proof that "the defendant made a reasonable bona fide attempt" at verifying the age of "the minor depicted in the advertisement." Two of the bill's sponsors told me that this means in-person -- as opposed to online -- age verification via a government-issued ID. The law doesn't require Backpage to institute age verification -- it just says, Hey, if you want to cover your ass, do this.

The "this" isn't so clearly defined, though: Backpage could institute in-person age verification for its adult section, but what if covert escort ads pop up in the personals? (That's what happened when Craigslist closed its "erotic services" section.) Might Backpage then need to institute a real-world age check for all personal ads, too? State Sen. Jeanne Kohl-Welles, D-Seattle, the main sponsor of the law, told me in an email, "As the new law doesn't specify escort services ads specifically, it would apply generally to ... all online and print ads that pertain to commercial sexual abuse of a minor." Remember, the law includes cases where someone "indirectly" allows such an ad to be published and includes "implicit," as opposed to explicit, offers of sex.

As you might imagine, Backpage does not want to institute in-person checks because it's antithetical to its business model. "The law relating to online commercial advertising is unfortunately practically unworkable in the Internet realm," says Liz McDougall, general counsel for Village Voice Media. Backpage as a whole is as popular as it is precisely because of the ease of access. It's also why it's so popular with traffickers -- that's the double-edged sword of online classifieds.

Last August, Backpage claimed in a detailed letter to the Seattle mayor's office that there are online age verification services that would be more accurate than an in-person ID check, but the bill's sponsors disagree.

It isn't hard to imagine in-person ID checks leading to the demise of Backpage's adult section in Washington, and that is the ultimate hope of some of the bill's supporters. Sen. Kohl-Welles says, "I would love to have the escort services section shut down completely as there [are] very likely individuals 18 and over who are lured, then trapped, too," she says, but adds, "I doubt our new law will accomplish that."

Seattle Mayor Mike McGinn anticipates that Backpage will argue that the law puts an undue burden on the site's operations, but says, "On balance I tend to have a greater concern about the harm that's being done to young children than I do about the burdens on Backpage to adequately prevent it."

Beyond the question of what this will mean for Backpage's business overall, there is the issue of whether the law will be effective in stopping traffickers. As any rebellious teenager knows, IDs are relatively easy to fake. What's more, it seems possible for traffickers to do a bait and switch -- use an adult's ID for the check and then sell a minor. State Sen. Jerome Delvin, R-Olympia, a sponsor of the law, tells me, "Yeah, they may well try that. They're pretty inventive to begin with in how they advertise this stuff." The hope, he says, is to provide one more hurdle for them.

The law doesn't make clear whether an ID has to be matched up to a photo accompanying the ad, if there is one, or whether the person in the ID has to be physically present for the verification. Kohl-Welles says, "We don't get into that level of detail. That, again, would be up to the courts."

And that's where the problems could really begin. Village Voice Media's McDougall says it's "a law that draws public acclaim but no practical effect." She also claims that the law "ignores its implication and potential contradiction of federal privacy laws and public privacy concerns" and that it "will inevitably be challenged and defeated for its unconstitutionality and the impossibility of its implementation." The ACLU, however, reviewed the bill and determined that it could pass constitutional muster -- although, contrary to other reports, the organization has not taken an official stance on the law.

The Washington law is just another example of how complex, imperfect and understandably desperate the fight against child sex trafficking can be. As Mayor McGinn says, "Nobody's kidding ourselves that getting Backpage to change its practices will end trafficking."