By upholding an order to evacuate a West Bank settlement, Israel's new chief justice stands up to Netanyahu 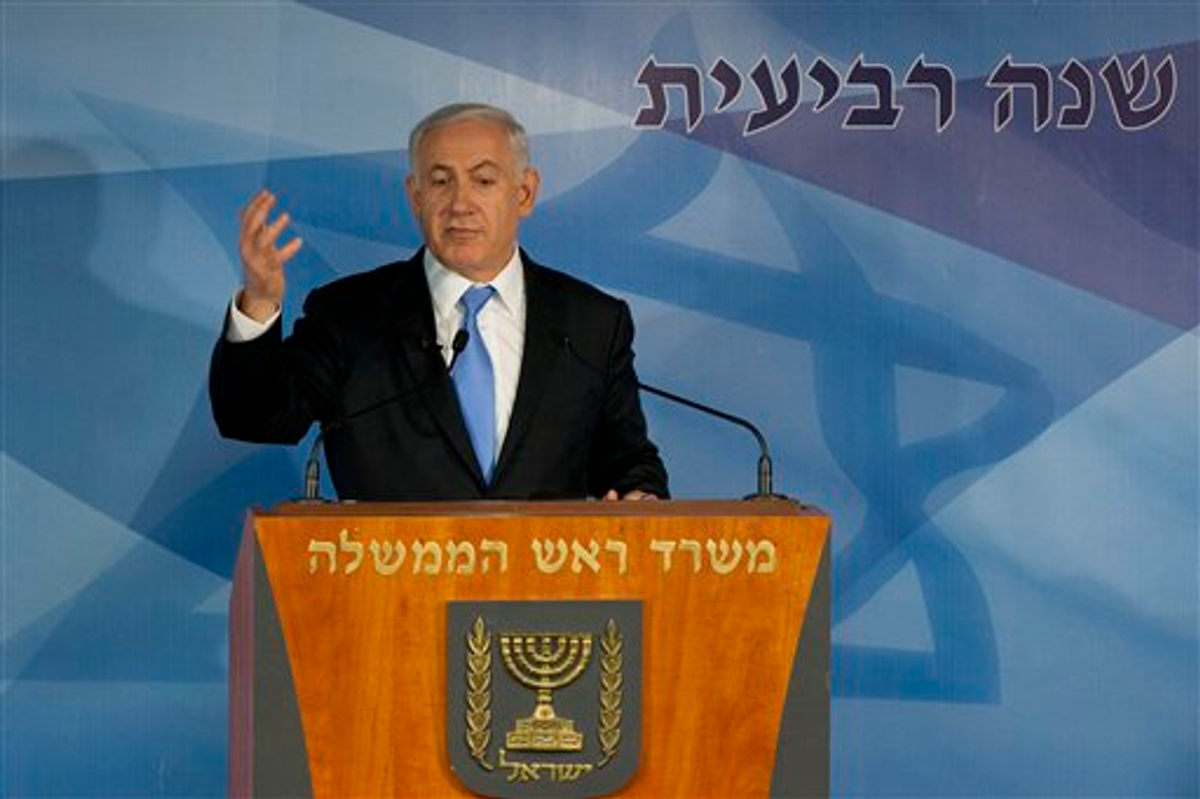 JERUSALEM, Israel — The right wing in Israel is accustomed to getting its way. Just consider the vast and controversial settlements on the West Bank.

This powerful faction thought it had boosted its power even further when Asher Dan Grunis was appointed chief justice of the Supreme Court.

But so far, that hasn’t been the case. The court, breaking from the will of the right, ruled late last month that a small group of Jewish settlers must abandon their remote West Bank outpost.

The decision to evacuate the indisputably illegal Migron settlement, where about 50 families have installed caravans on Palestinian-owned land outside of Ramallah, did not initially seem significant. It was essentially a restatement of an order issued by the same Supreme Court last August, which demanded that Israelis leave Migron by March.

But instead of complying with the renewed demand, several weeks ago the government of Prime Minister Benjamin Netanyahu proposed a deal — known as the Begin Compromise. It stated that in three-and-a-half years, the settlers of Migron would relocate to a nearby hilltop.

In a move characteristic of the wink-wink style right-wing politicians and pro-settlement activists have adopted, the Israeli cabinet — knowing the deal flouted a Supreme Court decision — approved it.

The court itself wasted little time slapping the compromise down.

“It was an obligation, not an option,” wrote Grunis, in one of his first decisions as chief justice, about the ruling.

Instead of rubber-stamping illegal settler actions as many thought he might, the chief justice coolly upheld the letter of the law, placing Netanyahu in an uncomfortable political position.

Yariv Oppenheimer, the director of Peace Now, a left-leaning Israeli nongovernmental organization, said that if Netanyahu hoped to delay a political reckoning with his right-wing supporters by postponing the question of Migron’s future until 2015 — that is no longer a possibility.

“Of course, in an ideal world, the fact that the government follows the law should not make any waves. Even the prime minister has to obey the law, and obeying the law is not a political matter. But I think that in our political system, the settlers may try to use the evacuation of Migron to gain points with the public.”

Depending on the outcome of the evacuation, Oppenheimer said, the decision could have severe repercussions for Netanyahu’s administration.

“It will have a political effect. If the evacuation is peaceful, the effect will be fairly minor. But if there will be violence, it could even lead to early elections,” he said.

Settlement activities, and in particular the case of Migron, have become one of the most fraught and unruly areas of Israeli jurisprudence. Israelis established Migron more than a decade ago on land privately owned by Palestinians who at one juncture considered selling it to them. Then, possibly under threats by Palestinian hard-liners, they retreated from the sale.

The Israeli settlers claimed the land is theirs by deed. The Palestinians countered successfully that the deal was never closed. Even former Prime Minister Ariel Sharon, a hard-liner in his own right, had planned on evicting the Israeli settlers. In Sharon’s view, the blatant illegality of Migron put at risk other settlements that might skirt the edge of the law.

But Netanyahu, wanting to avoid a confrontation with his conservative supporters before elections slated for next year, used the Begin Compromise to sidestep the court’s ruling. With no other apparent option, the prime minister said this week that he would respect the decision.

The whole affair has been something of a political earthquake in part because conservative circles assumed the political sympathies of Grunis, who has been a member of the Supreme Court since 2003, lay with them.

“I have no idea where that came from. Nobody who has followed Grunis could really think that,” said Israel Radio legal affairs analyst Moshe Negbi, a professor at the Hebrew University of Jerusalem. “In my view, the assumption came out of the ignorance and primitivity of some right-wingers, who supposed that he shared their points of view, and who don’t understand that being a judge is not like being a politician.”

“There really is no question of right or left here,” Negbi added. “Five years ago the Supreme Court issued an order, and for five years the government has flouted it. And after these five years, the government asked for a delay of another three and a half years. No judge would ever agree to such a thing.”

A wide range of issues, from paved roads to water pipes, bring together the Israeli government and West Bank settlements in what has become a gray area of legal practice, in which political necessities relating to settlements are often reframed as legal necessities.

Negbi described as “disgraceful and shocking” the fact that the attorney general’s office acceded to the government’s request to present the Begin-negotiated deal to the Supreme Court.

“They are all lawyers, and they know better,” he said.

Oppenheimer said the decision is a step away from lawlessness.

“This makes it very clear to the settlers and to the government that political and ideological aspirations cannot replace the rule of law, period. Even if ideologically they believe Migron should remain there — and if they do, I believe they are mistaken — in terms of the law, it cannot stay.”

“In addition, this decision says to the government and to the settler movement, you cannot close a deal between yourselves without even consulting the Palestinians who own the land if they are willing to accept three and a half years of additional settlement on their own property.”