Are you an abortion survivor?

If you know a woman who ended a pregnancy then yes, says right-wing propaganda. The myths of "October Baby" 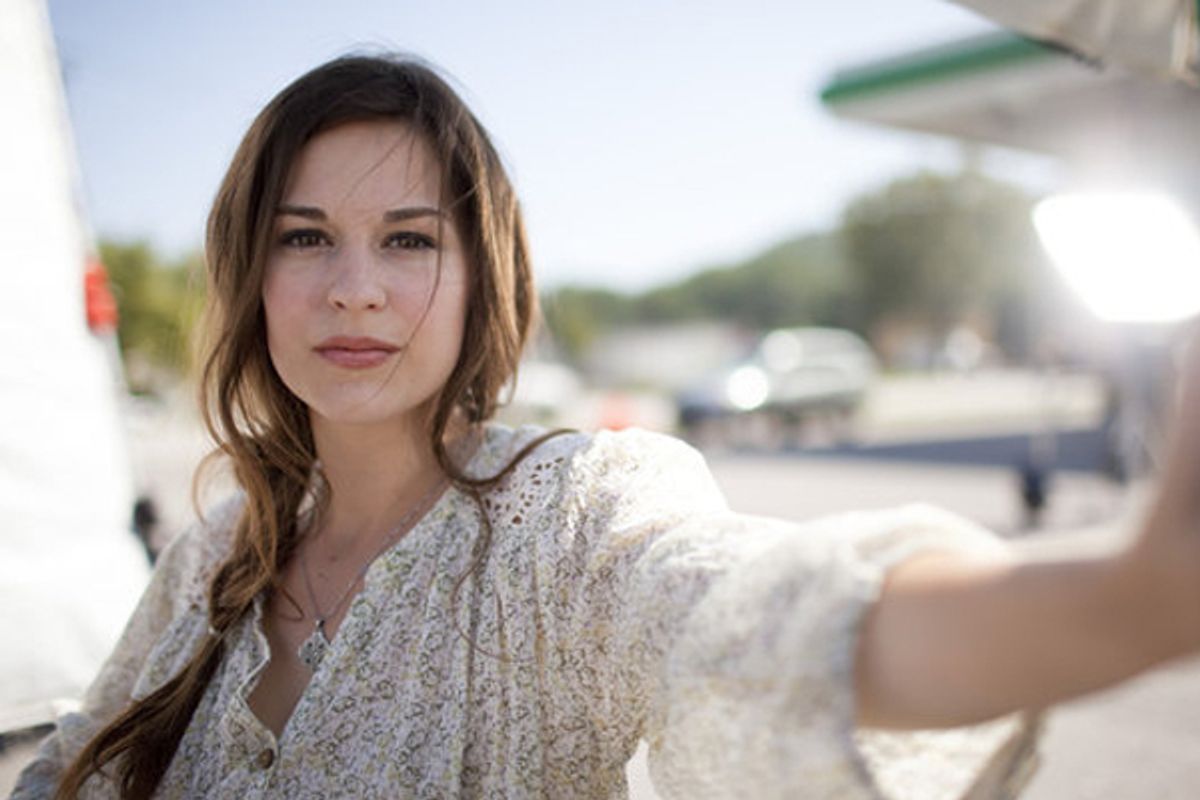 A still from "October Baby"
--

"I am the person that she aborted. I lived instead of died." It was 1996, and Gianna Jessen was telling Congress about how she had been born despite her mother having a saline abortion at 30 weeks. Rep. Henry Hyde, the Republican from Illinois who had co-sponsored the Partial Birth Abortion Ban Act, proclaimed her testimony to be "one of the high spots of my life. I have seen somebody come back from the jaws of hell."

The "abortion survivor" has become a powerful symbol in right-wing politics. Wade into it, and you realize it's defined so loosely that practically anyone can claim the title: Having a relative who had an abortion is enough to make you a "survivor," according to some definitions. One self-described survivor was recently doing commercials for Personhood Oklahoma, and now Jessen's story has inspired an antiabortion movie, "October Baby." It opened in the top 10 at the box office last weekend on the strength of its Christian audience. Reviewing the film, Salon's critic, Andrew O'Hehir, wrote, "The bizarre circumstances found in 'October Baby' presumably could happen in the real world, the odds are something like being struck by lightning and eaten by a shark at the same time. With a winning lottery ticket tucked in your swimsuit." According to the Daily Beast, that criticism "irked" the director most of all, because the inspired-by-a-true-story element is so crucial to the film's message.

But though fetuses have been known, in very rare circumstances, to survive intended terminations, those are roughly the odds, so far as they can be determined from the medical literature. One 1985 study found that of "33,090 suction curettage abortions performed at less than or equal to 12 weeks' gestation, the rate of unrecognized failed abortions was 2.3 per 1000 abortions." Both that study and one published in Norway in 1992 said earlier abortions were actually more likely to fail than later ones; the Norwegian study found an overall failure rate of .05 percent. Meanwhile, a 1995 Israeli study reviewed the literature and noted that "some of the reasons for these failed abortions include inexperience on the part of physicians." Undiagnosed ectopic pregnancies, which are never viable, were also cited as a factor.

But for the antiabortion movement, the definition of an "abortion survivor" is so broad that these statistics are irrelevant. A right-wing website for teens, Teenbreaks, defines it three ways: "people who survived an actual abortion attempt"; "twin abortion survivors," from selective reductions; and "sibling abortion survivors. These are people born into families where a brother or sister was aborted." The testimonials that follow include Jessen's, but also this one from "Breanna":

I was 12 years old when I found out my aunt had tried to abort my cousin, Sean, who is now 5 years old. I was devastated, but the news I heard next was even worse. I learned she had already aborted three previous children who would have been my beautiful cousins....I stand against abortion. Knowing that three of my cousins were aborted and Sean was almost aborted hurts me deeply. So, girls, know that when you abort, it affects everyone, not just you and your child.

Melissa Ohden, a self-described "abortion attempt survivor" (also, by her account, in 1977 via saline abortion) and antiabortion speaker, strikes a similar note in a recent blog post: "Abortion changes everything. It not only ends a life, but it transforms others, forever. And not just a woman’s life, but a man’s life, grandparent’s lives, aunts and uncles, siblings, cousins, friends, communities. Relationships are altered; many are damaged or ended." The banner on her website reads, "One decision, one single moment, can have such a detrimental impact on so many people, living and dead, born and yet to be conceived." It's not enough to demonstrate -- as research shows -- that plenty of  women feel fine, even relieved, after an abortion. One suddenly has to account for how everyone around the woman feels.

Such stories have been a part of the political conversation since around the time when Jessen spoke to Congress, in the 1990s. Her appearance -- and the Partial Birth Abortion Ban Act she was speaking in favor of -- were part of the antiabortion movement's campaign to reframe the debate around rare and, for some people discomfiting, later-term abortions. By 2003, President Bush signed the Born Alive Infant Protection Act, specifically written with "abortion survivors" in mind. Plenty of Democrats supported the bill, but then-state Sen. Barack Obama wasn't buying a similar bill in Illinois, telling antiabortion crusader Jill Stanek that he didn't see any evidence of doctors delivering live infants and leaving them to die, and that existing law already protected an infant born alive. He added, "What we are doing here is to create one more burden on a woman and I can’t support that.” In 2008, Obama's opponents tried to use this line against him, cutting an ad with Jessen where she declared, "If Senator Obama had his way, I wouldn't be here," to which Factcheck.org replied, "She's wrong."

These days, the antiabortion movement has moved on from later-term abortions to just about every kind of abortion restriction. But the movement still knows that it's most often about a raw emotional response that either foregrounds someone else's pain over the pregnant woman's -- the fetus, the "father," even a niece or nephew -- or sees some women's eventual regret over their choices to abort as reason to ban the procedure outright for all women. An "abortion survivor" who says he or she actually made it through an intended termination is the ultimate manifestation of that alleged harm.

Hence the continued prominence of activists like Jessen. She says her mother's failed abortion -- which she claims is the cause of her cerebral palsy -- took place in California in 1977. Jessen never met her biological mother and learned the story from her adopted mother. Even if we accept the story at face value, it's unclear what its relevance is today: The conditions Jessen describes -- a saline abortion late in the pregnancy -- are exceptionally rare now, thanks to medical improvements and legal restrictions.

Explicit in narratives like Jessen's is the idea that women have abortions either out of ignorance -- because they were duped by doctors or a society telling them that this was a clump of tissue -- or, if they knew that a medical error was all that stood between an abortion and a live birth and did it anyway, they were just selfish. That's how you get to the mother in "October Baby," whose representation as a cruel Mercedes-driving lawyer prompted Slate's Libby Copeland to write that it represented the movie's suggestion, consistent with misrepresentations of the antiabortion movement, "that women choose abortion as a matter of convenience, that they opt for posh lifestyles and fancy cars as opposed to seriously weighing their ability to feed and clothe a future child. In fact the reasons real women give, as outlined in a study by the Guttmacher Institute, suggests they feel they have run through their options. They can’t afford a baby; they can’t have a baby and keep their job; they don’t think they can hack it as single parents. Many have other children to think about."

Of course, if you believe it's a woman's choice to be pregnant or not be pregnant, it doesn't ultimately matter, at least from a policy perspective, whether her reasons are selfish or not. And if you think she's a murderer whether she takes the morning after pill or she aborts in the third trimester, we're back where we started.