The quaint days of skin mags

Despite seeming relatively tame today, Playboy and the like fought the early censorship battles in '50s and '60s 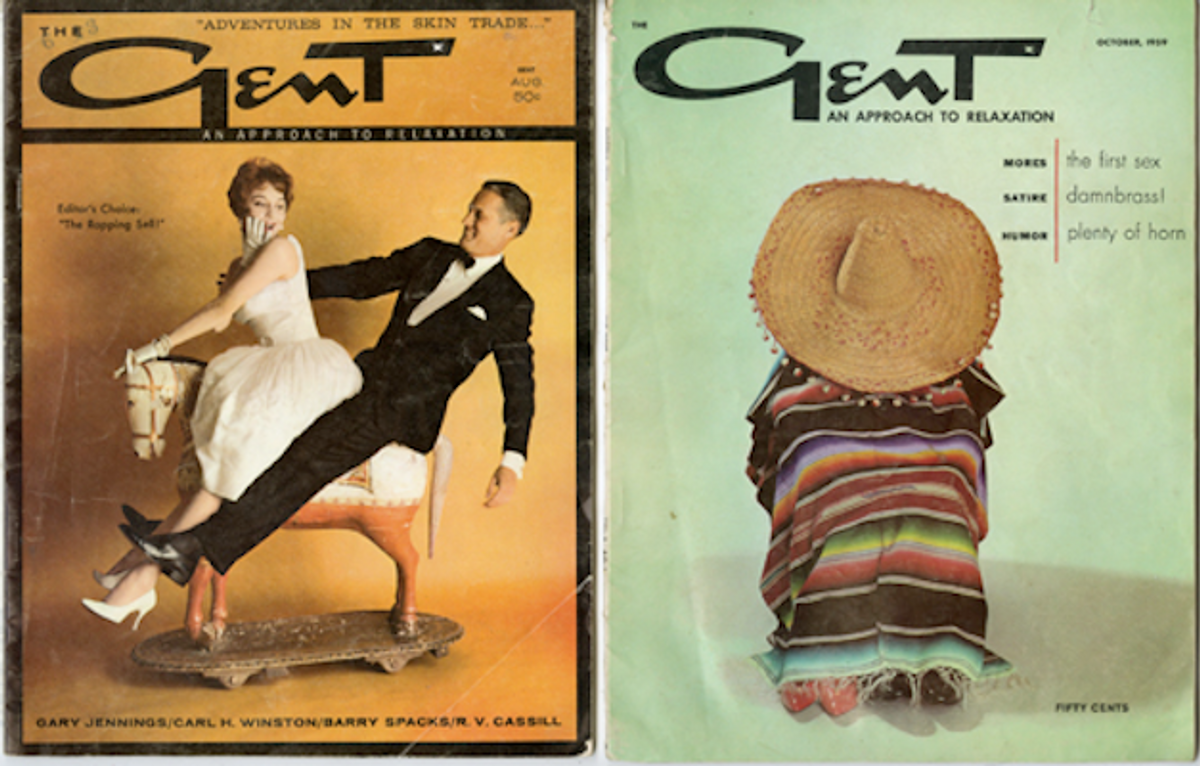 If you were one of the "Mad Men" (which boringly premiered the new season on March 25) or any other kind of man in the late '50s and early '60s, you probably subscribed to Playboy and/or any one or more of the many so-called "skin magazines," "stag magazines" and "girlie magazines" that copied the pioneer's form and content. Playboy, art directed by Art Paul, was an original, but others including Escapade, Cavalier, Dude and the Gent (shown here) were helping to define the era's maleness. Even more significant, each of these magazines became an outlet and launch-pad for some major literary and art talents. The names on the covers were impressive, Nelson Algren, Groucho Marx, Tennessee Williams, Tom Lehrer -- and they are just among the writers. The best were hired by the Gent, which was better than average, even had a virtual line-for-line Jules Feiffer doppelganger doing similarly themed socially satiric cartoons.

By today's standards of legal and social acceptability, the skin mags were rather tame. Some evocative nudity was sprinkled lightly between the fiction and lifestyle stories. There was the requisite fashion feature that never did anything to mar the product. Rarely if ever did anything step to far over the line -- the imitators let Playboy take the first steps. In retrospect, there is something almost quaint about the Gent and others. The layouts are modern without being avant garde. The illustrations are contemporary without eschewing old-fashioned verities, like realism. And the texts, while a little more racy than the pictures, stayed within the bounds we would today call propriety.

Still, these magazines were hounded by the authorities (especially the U.S. Post Office) and by fighting the early censorship battles, helped open media up to what we see, hear and experience today.