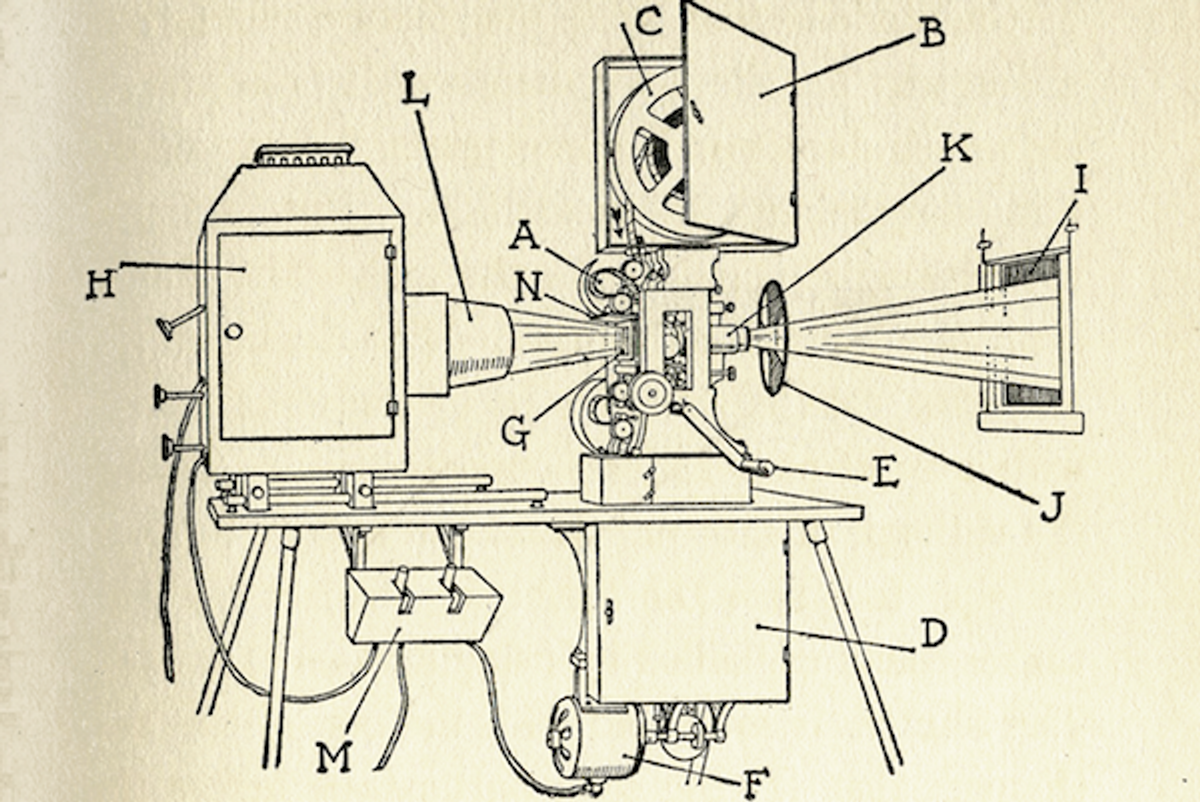 When the word "Disney" is mentioned, it's almost impossible to separate it from the craft of motion picture cartoons. Whether it's used to describe a multinational entertainment corporation, or it alludes to Walt Disney the man, it's easily synonymous with the technique of film animation. This was obviously not always the case. In 1920, animated cartoons were well known and part of a growing and thriving movie industry, but this is also when the 19-year-old Walt Disney was just beginning as a cartoon filmmaker in Kansas City, Mo. This post presents one of the important reference pieces he used as a catalyst to learn and expand his knowledge of animated cartoons.

Disney was born in Chicago in 1901. In 1906 the family moved to Marceline, Mo., but by 1917 he was back with his family in Chicago. He briefly took classes at the Chicago Academy of Fine Arts as well as the Kansas City's Fine Arts Institute. (This appears to be his only formal art training, but he also did cartooning while at McKinley High School in Chicago.) When his brother (and later life-long business partner) Roy was called up to serve in WWI, Walt decided he too wanted to participate in the war effort and with the help of a little document doctoring (he changed his birth date from 1901 to 1900) he found himself as a driver in the Red Cross/American Ambulance Corps. He contracted the flu in 1918 and by the time he arrived in France the war had ended, but it still afforded him the opportunity and experience to be overseas for almost a year. While in France he submitted cartoons and illustrations he'd done to humor magazines back in the States but received nothing but rejection responses. By 1919 his brother Roy had been discharged from the service and was in Kansas City. Walt followed him there. By 1920, Walt Disney was working as a commercial artist/cartoonist and had even formed a company with his friend Ub Iwerks called Iwerks-Disney to produce commercial art. It was short lived, and he (and Iwerks) soon thereafter took a job with the Kansas City Film Ad Co. doing still advertising images that were projected as slides in motion picture theaters. It was here that he first gained exposure to rudimentary animation techniques and became interested in the potential of film animation. It was also during this time that Disney obtained a copy of the newly published "Animated Cartoons - How They Are Made Their Origin And Development" by Edwin George (E.G.) Lutz, from the Kansas City Public Library.

Other than an issue of Scientific American from Oct. 14, 1916, a 20-page chapter in Homer Croy's 1918 book "How Motion Pictures Are Made" (Harper & Brothers Publishers) titled "The Making of the Animated Cartoon," and a small “Lesson One” edition written by Winsor McCay and printed as part of Applied Cartooning, Division 11, (a correspondence course from the Federal School of Applied Cartooning in Minneapolis 1919), there seems to have been little available to the public that presented how animation was done or could be produced. E.G. Lutz's book appears to be the first book dedicated exclusively to the subject of cartoon animation.

A basic background/bio on the cartoonist/author Edwin George Lutz is strangely elusive considering how many books he wrote on the subject of graphic art and motion pictures. I've been able to find a birth date of 1868 but no date of death. He was the author of no less than 15 books between 1913 and 1928 and supplied the illustrations for most if not all of them. If anyone has additional information regarding his life and career please comment and add to the mix. It would be wonderful to know more about him.

It's no secret that "Animated Cartoons" played an important part in Disney's growth as an animator. He spoke freely about its influence, and animation pioneer and Disney staff animator Hugh Harmon also mentioned Lutz's book as having been a crucial source of reference in the early years in Disney's Kansas City studio. What's interesting is the mention of the Lutz book in the 1956-57 Disney biography "The Story of Walt Disney" by Walt's daughter Diane Disney Miller. In it, she credits the book as being by "Carl Lutz". As a result, future Disney biographies that used his daughter's book as reference make the same unfortunate mistake. Lutz's name is also miscredited as "F.C. Lutz" within the 1920 edition of "Animated Cartoons" printed in Britain by Chapman & Hall.

I can't say that I've read Lutz's book cover to cover, but I have referred to this "how to" manual over the years. I got my first copy in 1982 from journeyman New York cameraman Lou Marcus. The drawings are dated, the details concerning things like preparing artwork for filming and the use of acetate celluloid are obsolete, but as sophisticated as film (digital) animation has become over the course of the past 30 years, it's fascinating how applicable the basics in this book still are. If you strip away all the aspects concerning 1920s motion picture technology, the fundamentals still are helpful to an entry level animator.

Lutz also mentions the work of the 19th century photographer Eadweard Muybridge. Muybridge is most famous for his motion studies concerning the analysis of human and animal movement. Before the invention and use of motion picture film, he devised a way of sequentially photographing subjects in front of a grid to present how the human and animal "machine" behaved while in motion. Muybridge's "The Human Figure In Motion" and "Animals In Motion" are a staple in most animators' reference libraries and are still available to this day. Disney actually checked out three books from the Kansas City Public Library: the Lutz book on animation, and the two Muybridge collections.

I've included a choice selection of images from the original first edition of "Animated Cartoons" below.

(You can flip through an entire copy of the 1926 edition by clicking on this link: http://www.scribd.com/doc/54310743/Animated-Cartoons-by-E-G-Lutz)

[caption id="attachment_289921" align="aligncenter" width="460" caption="For those of you curious about what the entire dustjacket to the 1st edition looks like. . ."]

Through the years, I've always grabbed up copies of the Lutz book whenever they were reasonably available. . . .

Other books by E.G. Lutz (I've included links to the entire e-book where available):

In 1998, Applewood Books published a reproduction of the 1920's edition with a modified version of the original dustjacket.