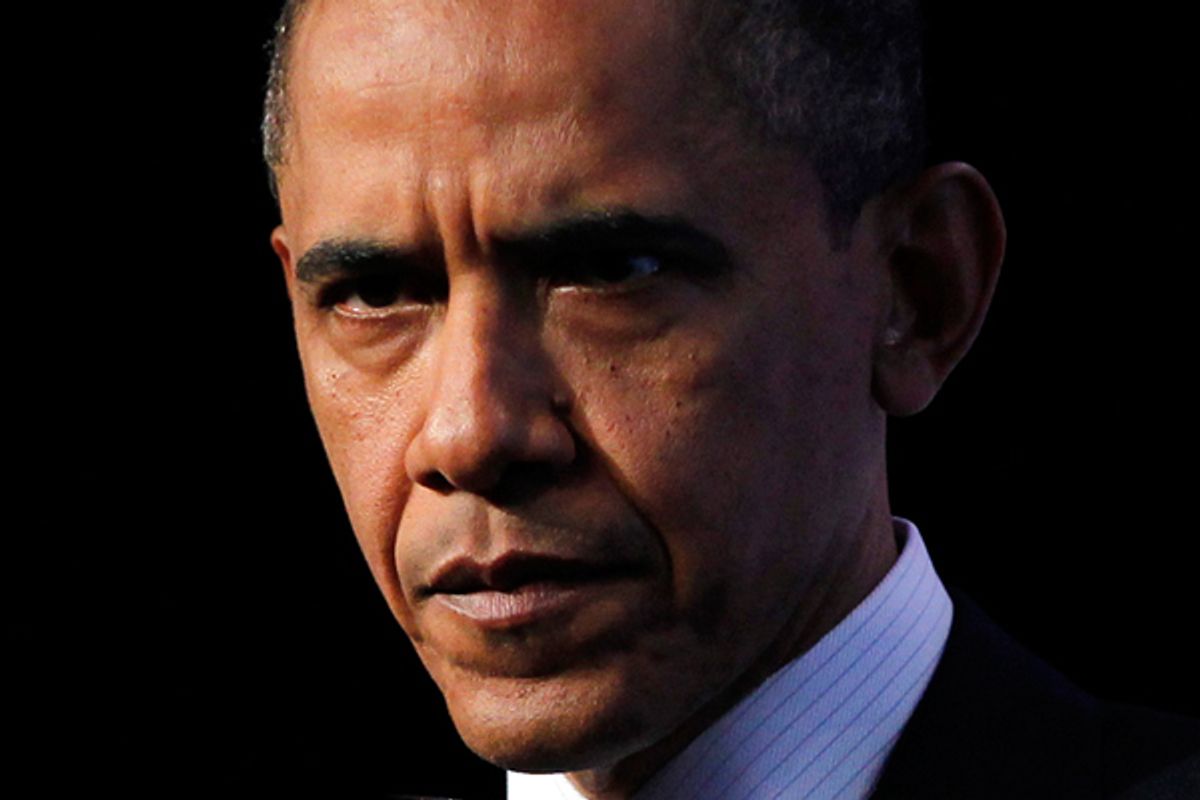 In a way, the new jobs report released earlier today contained good news for President Obama’s reelection campaign, with the unemployment rate dropping from 8.3 to 8.2 percent in March – bringing it to its lowest level since January 2009, when George W. Bush left office.

But, as Andrew Leonard explained earlier, the underlying numbers are discouraging. Far fewer jobs were created in March than expected, and there are hints that consumers are pulling back on their spending. It’s possible that the momentum of the last few months is stalling out, or even that it was a mirage. It’s also possible that the new data is a blip, and that the coming months will bring more robust job growth.

Not surprisingly, Mitt Romney has already pounced on what he called a "weak and very troubling jobs report," while Obama used a morning event to emphasize the positive aspects of the report, acknowledging only that "it’s clear to every American that there will still be ups and downs along the way and that we’ve got a lot more work to do."

The March report is a reminder of the degree to which Obama’s second-term prospects hinge on the public’s perception of the economy. Starting last October, every report for six months was widely interpreted as positive news. Americans began hearing that the jobless rate was declining and that job growth was taking place at an unexpectedly quick pace. It doesn’t seem coincidental that in the same period Obama’s job approval numbers and his standing in general election trial heats improved markedly.

If today’s report is the start of a new and gloomy trend, it couldn’t come at a worse time for Obama. Here the example of the last president to be denied a second term looms large.

At this point in the 1992 campaign, George H.W. Bush’s approval ratings were lower than Obama’s now are, stuck in the low 40s, or even in the high 30s on a bad day. But he and his team were optimistic that the economy was finally recovering from the early-1990s recession and that voters would feel it by Election Day. Growth for the first quarter of 1992 was measured at 2.7 percent – the best performance since early 1989. Bush’s team was also confident because the presumptive Democratic nominee, Bill Clinton, was saddled with seemingly lethal personal unfavorable scores, the result of several primary season scandals.

But the second quarter of ’92 brought an onslaught of awful economic news that probably sunk the Bush campaign. After holding steady for the first few months of the year, unemployment jumped to 7.5 percent in May and soared to 7.8 in June. Growth slowed to 1.4 percent. This came as Bush was confidently declaring that “We’ve been through the longest, dragged, dragging, recession in history” and that “We’re in recovery now.” And it prompted his campaign to panic and change gears, as this New York Times story from early July ’92 indicates:

Shaken by an ominous jump in the unemployment rate, White House strategists said today that they were reassessing the assumption that an improving economy would revive President Bush's political standing before the November election. Instead, they said, they must focus their campaign more on social problems and character issues.

The change in emphasis had been under serious discussion since late last month, but it was propelled Thursday, when it was reported that the June unemployment rate had surged to 7.8 percent. The shift in strategy portends a tougher and possibly more negative re-election effort by Mr. Bush than he or his advisers had predicted.

Interestingly, the economy did seem to improve after that low point. Unemployment ticked down to 7.6 percent in August and September, and fell to 7.3 in October (although that report wasn’t released until after the election). And the week before the election, Bush actually received some of the most encouraging news of his presidency, with growth jumping back to 2.7 percent (it was later revised up to 3.9 percent), but the public had long since tuned him out. The country’s economic anxiety, high to begin with, seemed to cement during the disastrous second quarter.

This year, the October jobs report will be released before the November election. Maybe a strong report then (and a few other strong reports in the fall) will be enough to save Obama. But Bush's example is a reminder that it can take a while for good news to register, and that elections can be lost long before Election Day.