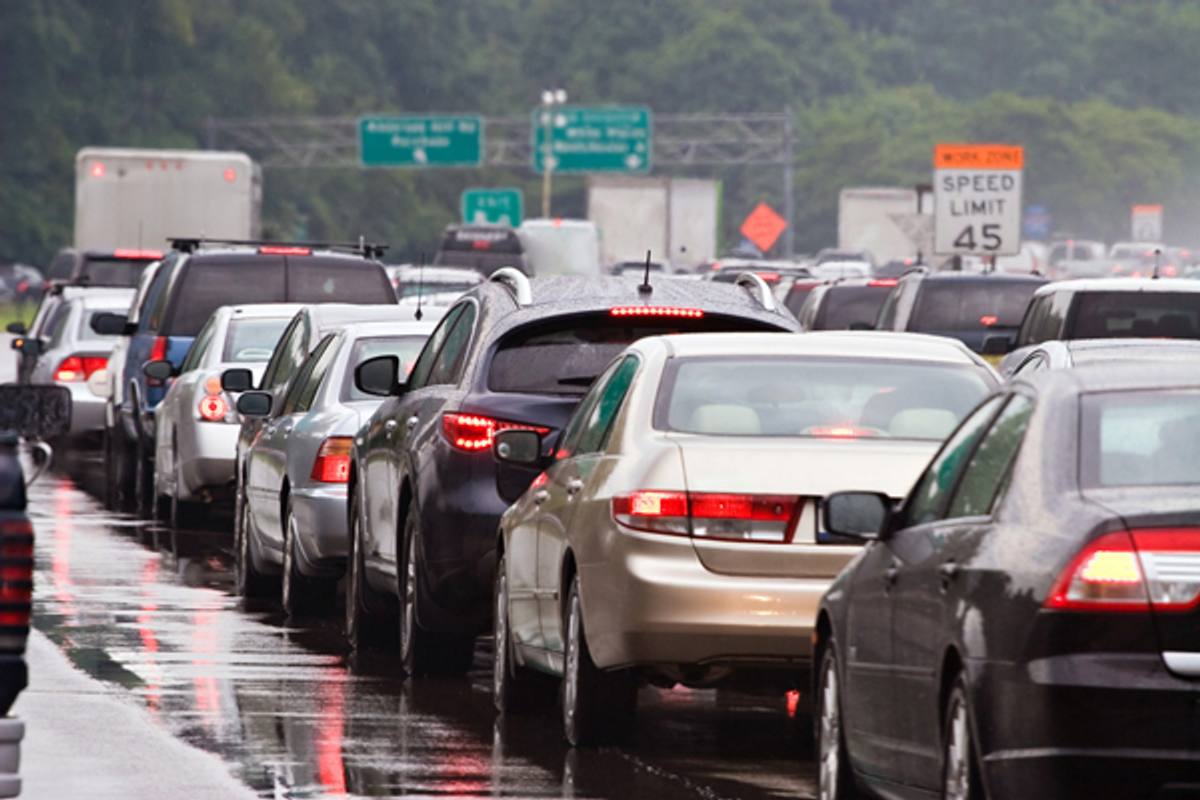 Interstate 70 in Colorado, one of the nation's best-known arteries, is the latest thoroughfare to incite an archetypal fight. Running at capacity as it cuts through Denver, this gateway to the Rocky Mountains is about to be expanded over the objections of residents whose low-income neighborhoods will be sliced apart.

No doubt, the road will probably win -- as roads almost always do in these battles. Indeed, the story of I-70 summarizes the 60-year tale of urban development in modern America: Instead of beefing up public transit, cities build neighborhood-destroying highways, cars fill up those highways, cities then build more highways to alleviate traffic, and then yet more cars flood the roads, creating even more traffic. Known as the "fundamental law of highway congestion," this cycle perfectly embodies the "if you build it, cars will come" axiom confirmed in 2011 by researchers at the University of Toronto.

In the past, of course, road fetishists could claim that such Catch-22's aside, our nation is inherently reliant on cars, and that adding roads -- any roads -- is intrinsically worthwhile. This, in fact, is the assumption woven into the bipartisan federal stimulus bill and President Obama's new budget, both of which target transportation dollars to building roads. Those new highways may not reduce congestion, energy consumption or pollution, but they will enrich an array of powerful interests, including automakers, fossil fuel companies, trucking firms and road contractors. And so they are repackaged as cure-alls by politicians in our money-dominated democracy.

But what happens when America suddenly tones down its love affair with the automobile? At that point, could we still justify destroying neighborhoods to make room for bigger roads? Could we still pretend that more roads are truly necessary? Could we still overlook the fact that road construction creates fewer jobs than public transit projects? In short, could we still ignore all the contradictions and problems that accompany our road fetish?

The United States is a nation whose car romance presents itself in everything from high-minded literature ("On the Road") to middlebrow music ("Paradise by the Dashboard Light") to lowbrow films ("Road Trip") -- and all the SUV commercials in between. Pondering a less car-dependent society may therefore seem like an academic exercise. But it's a more relevant endeavor than you might think.

Under the headline "Driving Is a Dying Activity in America," Business Insider recently highlighted data showing that Americans are putting fewer miles on their cars than at any time since 1999. USA Today notes that this stunning decrease is a product of "factors ranging from the weak economy to high gas prices to aging boomers and teens driving less."

That last trend is the most significant, because it's not just about frugal parents momentarily prohibiting kids from driving during an oil-price spike. It's also about young people's preferences. As the New York Times just reported, "Many young consumers today just do not care that much about cars," as evidenced by an 18 percent drop in teen driver's licenses between 1998 and 2008. A generation ago, Ferris Bueller said that getting a computer instead of a car proved that he was "born under a bad sign" -- but the Times cites a new poll showing 46 percent of today's 18- to 24-year-olds say they would actually "choose Internet access over owning a car."

Taken together, these attitudinal shifts present a welcome opportunity to change everything from environmentally destructive infrastructure policies to outdated corporate investment strategies. Seizing such a rare opportunity requires only that more of us spend a bit less time in the car when possible. That, or at least an end to a political theology that always presents new roads as a panacea.