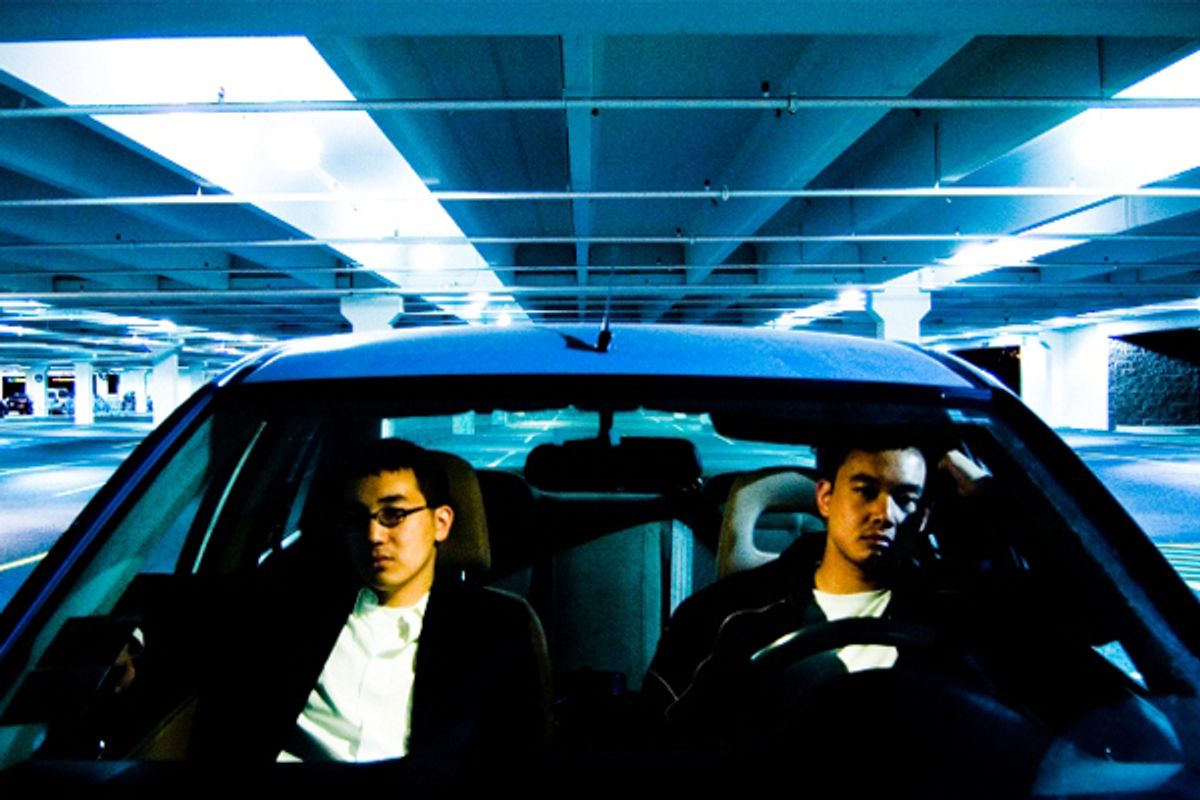 For the photographers -- professional, amateur, and (in some cases) completely unknown -- whose work appears in the upcoming show "America Through a Chinese Lens," cameras serve as more than just artistic tools. They are extensions of the senses, capturing observations about the Chinese-American experience, from the nuanced and deliberate to the candid and offhand.

The show uses 20th- and 21st-century photographs to examine the experiences and preoccupations of Chinese people living in the U.S. -- visitors, immigrants and residents with multigenerational roots.

Over email, curator Herb Tam explained the exhibition's philosophy and themes. Click through the following slide show for a glimpse of the show's photography.

Where did you get the idea for this exhibition, and why did you choose to put it together now?

The idea for the show came from exploring our collection and noticing how varied and idiosyncratic the photographs in our collection are. Looking at them made me think of the enthusiasm for photography that a lot of Chinese have, and how there's a stereotype of Chinese as crass tourists constantly taking pictures of ourselves in foreign places. There's been a growing interest in China and Chinese culture lately, and I wanted to show the Chinese perspective on the idea of America -- how we actually see this country, how we picture it now that China is rising, and as America's global position has become more precarious.

What do these photographs tell us about the Chinese-American experience?

These photos show a palpable tension between the spaces we inhabit and our own understanding of ourselves (identity) -- that we're still in the process of figuring out how we exist here as we move further and further away from urban Chinatowns.

In terms of photography, what types of themes, subjects and situations is the "Chinese lens" most sensitive to?

I tried to cover a range of photographic themes, but one motif that stands out is the automobile, and to me this is an apt symbol of America's ethos of social mobility and a Chinese sense of class consciousness. New cars represented a step taken towards the American dream, and there are a lot of snapshots in our collection of people posed in front of their gleaming new cars.

To give us some sense of the range of the exhibition, can you describe two photos that sit at opposite extremes in terms of what the show covers?

First of all, there are photographs of poetic absurdity, like Yan Deng's photograph of two young men with their dress shirts and pants on backwards and their backs facing towards the camera on a generic-looking suburban street [slide 9]. Then contrast that with a photograph from our collection of an unknown couple, probably from the '50s, standing awkwardly in front of what looks to be their new suburban home [slide 3]. There's a narrative in the connection between those photographs that speaks to the hopes and idealism of Chinese people as they began moving into the suburbs -- and then the realization after a while that the suburban space in America is not just idyllic, but may also be threatening and absurd.

Chinese artists who use photography now don't seem as likely to photograph "about" their cultural identity as they were in the '80s, when someone like Tseng Kwong Chi was photographing himself in Mao suits in various American tourist locales. Talking about one's struggles with ethnicity fell out of favor, and we see it in how Chinese artists have photographed themselves in relation to their spaces. Artists don't take oppositional positions now; in general they are more critically concerned with forms, subjects and processes of art-making.

It was important to me that the artists and photographers, as a group, reflected the diverse backgrounds of Chinese in America. Julie Quon grew up in New York’s Chinatown her whole life; her family is Cantonese. Arthur Ou and Amy Yao were born in Taiwan and grew up in California. Hai Zhang and Yan Deng were new immigrants coming over for college and career opportunities (Zhang decided to stay in America; Deng moved back to Beijing after studying at Parsons The New School for Design). Chien An Yuan and Wing Young Huie were born in and have grown up in the middle of the country. We also feature artists who visit America, but who haven’t established roots here, like Jiajia Zhang, who lives in Switzerland. This shows that the Chinese experience here isn’t a singular one, but that it’s multidimensional and ever evolving.

"America Through a Chinese Lens" will be on display at the Museum of Chinese in America, in New York City, from April 26 through Sept. 10, 2012.