Want to friend a sex offender?

A push is under way to restrict registrants from social networking, virtual gaming and online dating 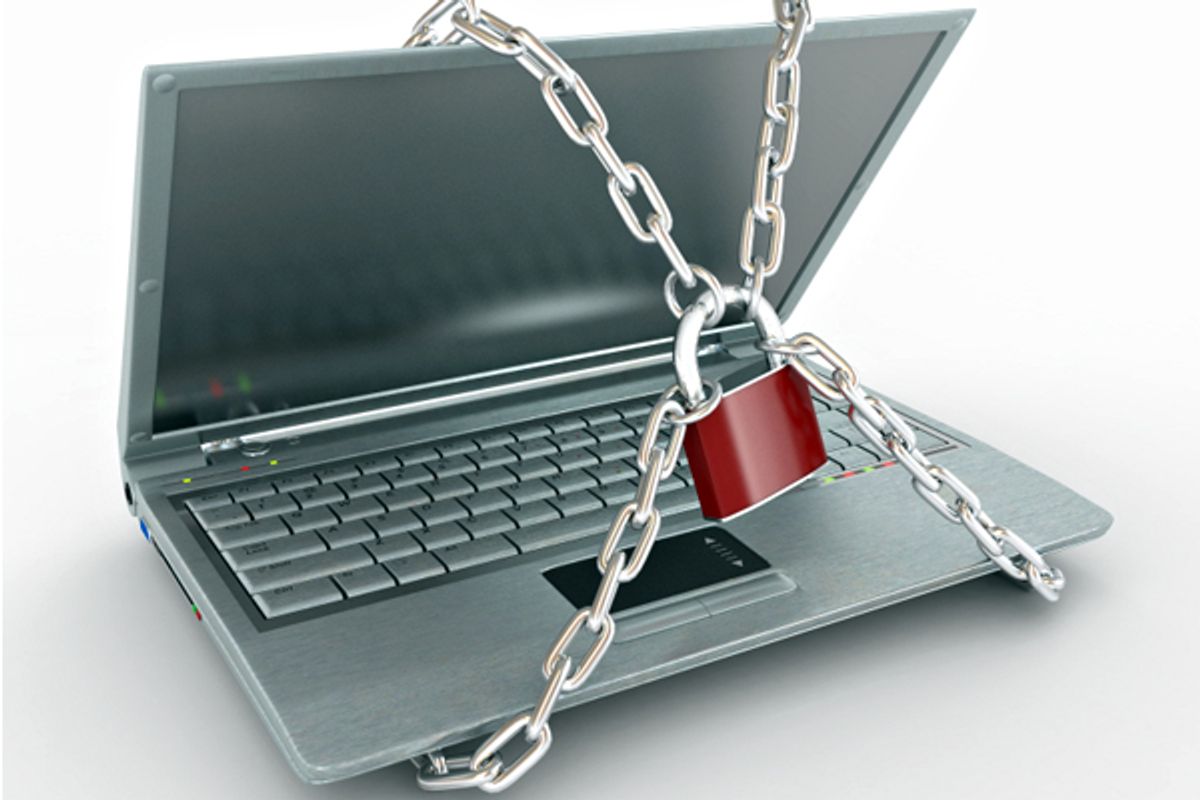 Imagine a little boy playing Xbox Live with a registered sex offender, a girl striking up a Facebook friendship with a child molester, a Match.com member going on a date with a convicted rapist. These are just a few of the both real world and imagined scenarios that have inspired attempts in recent weeks to restrict registered sex offenders from social networking, virtual gaming and online dating.

The aim of these approaches is understandable, but their effectiveness is questionable, and some experts see potential for it to backfire. What's more, the breadth of these restrictions, and the inexactness of who is targeted, raise an issue unlikely to garner much sympathy: fairness to sex offenders.

On Thursday, New York Attorney General Eric T. Schneiderman announced that through an initiative dubbed "Operation: Game Over," several major gaming companies had removed the profiles of more than 3,500 registered sex offenders in the state. The day before, a Louisiana bill forbidding registered sex offenders from using social networking sites was approved by a state House committee. (A similar bill was signed into law in Illinois in 2009 and put on hold in California in 2011.) Late last month, Match.com, eHarmony and the Spark Networks signed a "joint statement of business principles" to attempt to screen out registered sex offenders.

First, to the legal concerns: The ACLU filed a lawsuit in response to an earlier version of the Louisiana law, which seemed to apply not only to social networking sites but to most of the Internet, claiming that it was "overbroad" and would infringe upon "free speech rights under the First Amendment." It was already signed into law but was struck down in February on the grounds that it was unconstitutional.

OK, so banning sex offenders from accessing most sites on the Web is unconstitutional, but what about banning them in more limited ways? Constitutionally speaking, where can the line be drawn? There are already strict restrictions placed on where sex offenders can live in the real-world -- how far can we go in limiting their existence in the virtual realm?

Those questions are being sorted out on a law-by-law basis, says Ruthann Robson, a professor at CUNY School of Law. The revised version of the Louisiana bill more narrowly focuses on sites just like Facebook, but it could still include professional networking sites like LinkedIn, she says, and it's still "infringing upon a group of people's First Amendment rights." She also underscores that it's "creating a new crime [i.e. using Facebook] based upon their previous conviction."

Courts have imperfect guidelines for evaluating these cases, she says. "If you're convicted of a crime and you serve your time, there are very few things that extend beyond that -- like some states have felony disenfranchisements and that sort of stuff," Robson explains. "But when the United States Supreme Court upheld civil commitment and sex offender registries and all of that, they talked about it as civil and as not criminal." Now, in evaluating whether bills like the one in Louisiana infringe on First Amendment rights, courts "don't have an analogy, so sometimes they go toward criminal law, as though these people are in prison and as if this is part of punishment."

Of course, many people believe that there are compelling reasons for that. As anyone who has ever watched TV news knows, some offenders use the Internet -- whether it's through chat rooms or a social networking site -- to victimize children, but the threat is overblown, according to research from the Internet Safety Technical Task Force. Bullying poses a greater threat online than sexual solicitation, and children's greatest threat of sexual abuse comes from someone they know -- a relative or family friend -- not from a stranger on the other end of his or her Xbox. Still, protecting kids from predators with unprecedented access to them is important; there is no debate there. The question is how much good will be done by banning sex offenders from online venues populated with kids.

It's too early to say for sure, as there isn't any solid research. "We will have to wait years before we know whether re-offense rates change from the 10 to 15 percent that most long-term outcome studies show," says James Cantor, a clinical and research psychologist and editor-in-chief of the scientific journal "Sexual Abuse."

It's important to acknowledge that these attempts are easily circumvented by those willing to break the rules: For example, to make it onto a gaming platform, a New York state sex offender only has to create a new username that officials don't have on file. Sure, it's now a crime to do so -- but so too is abusing children. Similarly, the online dating sites are only screening out sex offenders who provide identifying information that matches what is on the registry.

A major concern, in terms of both effectiveness and fairness, is how some of these approaches inelegantly lump together all kinds of sex offenders. The Louisiana bill applies only to those whose victim(s) were underage, but the video gaming initiative does not, even though the aim is to protect children. The online dating sites, which are presumably aiming to help protect members from being assaulted on dates, target all manner of sex offenders (while still allowing in suitors with, for example, a domestic violence rap sheet).

"Not all sex offenders are the same, and it is usually a mistake to treat them as if they are," says Cantor. The legal category can includes a wide range of offenses -- from public urination to child molestation. That's an extreme example -- one signaling the need for registry reform above all else -- but it's also true that there are important individual distinctions in terms of the risks of re-offense.

Until we have more definitive evidence on these differences -- which would require hard-to-come-by research funding -- Cantor says, "These people would best be treated on a case-by-case basis: An offender who used networking sites as part of his offense would be banned, but offenders using them for pro-social purposes, such as participating in support groups, would be encouraged." After all, these days so much normal social interaction happens online.

It isn't just that Cantor disbelieves in such broad and ineffective restrictions but also that it might backfire. "One of the best ingredients in rehabilitating sex offenders appears to be helping them reintegrate into their community, not isolating them," he says. "It's when offenders feel that there is nothing left to lose -- no job, no family, no place to live, no social contacts -- that they can be most willing to flout the law and do something stupid." In general, he says, the "'one size fits all' approach is often counter-productive as well as expensive to enforce."

There are echoes here to the debate over the online classified site Backpage, in which there is general agreement over the goal of eradicating child trafficking but disagreement over how that can be achieved. In the case of restricting sex offenders from certain online venues, the question isn't whether the aim of protecting children and adults alike from sexual abuse is necessary, but rather whether these are effective, beneficial and fair ways of going about it.