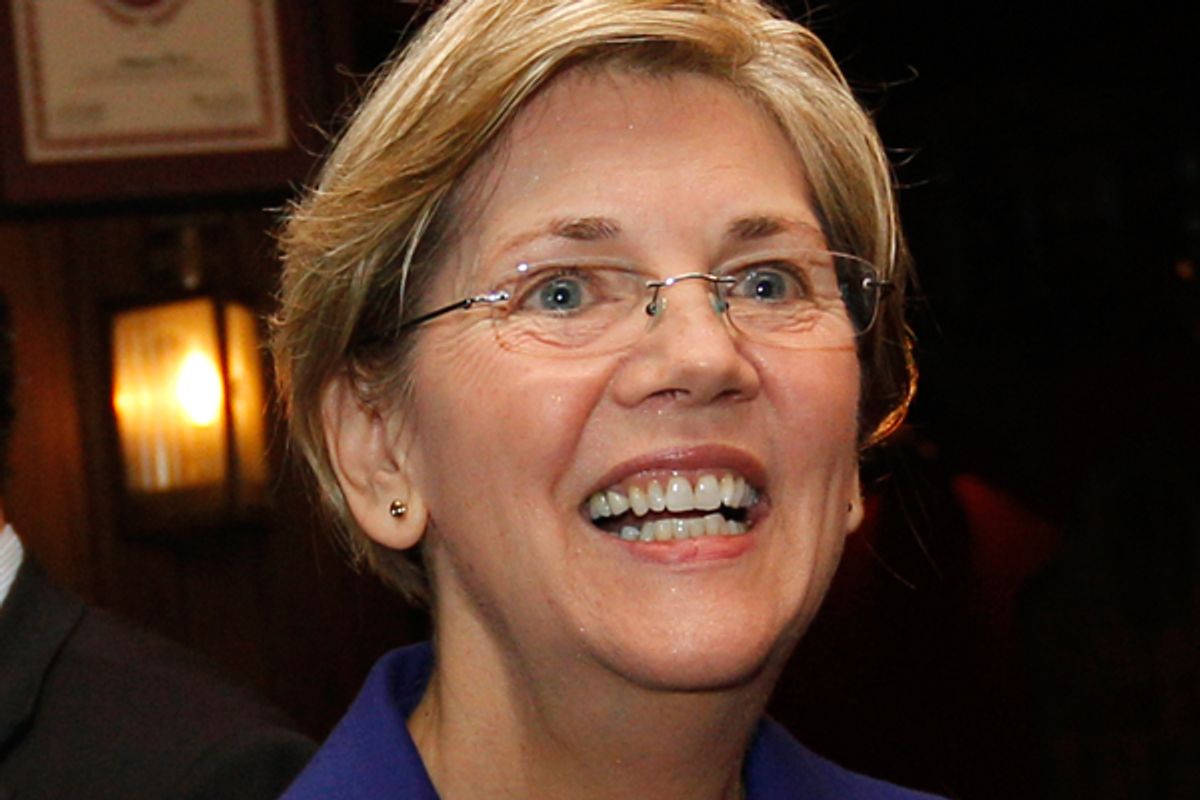 Elizabeth Warren just caught the political world by surprise, announcing that her campaign raised nearly $7 million in the first three months of the year. That’s more than twice the amount that her opponent, Republican incumbent Scott Brown, brought in, and it apparently represents one of the biggest quarterly hauls ever posted by a Senate candidate.

This is further confirmation that what was initially seen as one of Warren’s chief liabilities as a candidate – Wall Street’s hostility toward her, and its dedication to pouring money into Brown’s campaign – is just as much a strength. Her reputation among progressives as a rare, uncorrupted advocate of the 99 percent has made her campaign a magnet for donations from across the country. Brown still has more money in the bank (about $15 million) than Warren, but it’s beginning to look like neither candidate will enjoy a decisive financial advantage in this race.

The most recent poll for the Boston Globe put Brown ahead of Warren by 2 points, 37 to 35 percent, even though Brown’s personal favorable rating is a very healthy 54-29 percent. This speaks to the challenge Brown faces running as a Republican for federal office in deep blue Massachusetts. Traditionally, voters in the state have been more willing to disregard party label in gubernatorial races. Bill Weld was elected in 1990 and reelected in a landslide in 1994, Paul Cellucci won a term in 1998, and Mitt Romney scored a 7-point victory in 2002. But Brown’s 2010 special election win stands as the only GOP Senate victory since 1972, when the very liberal Ed Brooke earned a second term.

Consequently, as Greg Sargent recently argued, the Brown-Warren race probably hinges more on Warren’s image than on Brown’s. That is to say: Voters clearly like Brown but are tempted to throw him out anyway, presumably because of his partisan affiliation. The question is whether they will ultimately conclude that Warren is an acceptable alternative – which is why the Brown campaign has been aggressively caricaturing her as a liberal elitist.

The attacks haven’t hurt Warren too much, at least so far. Her own favorable score in the Globe poll stood at 47-23 percent. But there are still seven months to go, and both sides seem to agree that the election will be decided by a point or two either way. A level financial playing field will help Warren fight back against Brown’s caricaturing efforts. Democrats also believe that her own charismatic personality (the one that was showcased in a viral video last fall) will blunt Brown’s attacks – that voters watching Warren in debates and interviews will immediately conclude that the caricature doesn’t mesh with reality.